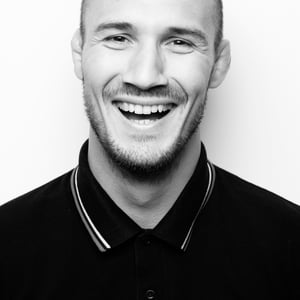 Former Commonwealth Games champion James Warren is a recognisable face to many in British Judo especially those who followed the sport in the 90s and early 2000s.

Since retiring however the 2003 British Open champion has moved into the film industry which has seen him appear in a number of films including Guy Ritchie’s Snatch and Revolver and he will soon be appearing in the British director’s latest film King Arthur when it comes out in May.

As well as being an actor Warren has also moved into filmmaking with his first film The Final Day shortlisted for the Isle of Wight Film Festival last year and Welcome To The Machine also coming out in 2016.

For Warren, he caught the filmmaking bug pretty quickly once he spent time on a film set:

“Basically since my first encounter of a film set on Snatch it immediately got my interest, seeing how a film gets made which involves a lot of talented people and a lot of hard work but really is immense fun the more you get involved in the process. I found this out when I embarked on making The Final Day.

“Since retiring from competitive Judo I struggled to find my place in the world to some extent and I was looking for something that I really enjoyed and was a challenge, and making a film is certainly that.

“I guess that’s why the film industry appealed to me so much, because of the combination of hard work and creativity. You’ve also got something tangible at the end, whether it’s good or bad.”

He is now focusing on his latest project which is a film adaptation of the play Strange The Road which was also written by his sister Lil Warren. The play enjoyed a three week run at the Hope Theatre in London earning great reviews and Warren is looking forward to starting filming in March.

Speaking about the film, he has said:

“I’m not sure myself what to expect yet, but Strange The Road will definitely have style and I guess it will be an 18 cert, it won’t be pulling any punches.”

Below you can find a trailer to Strange The Road as well as a link to a crowdfunding page to help support the project!

STRANGE THE ROAD is a love letter to Chandler set in a noir world sometime between 1933 and 2033.

A love story told by famed storyteller FRENCHIE in the pulp vernacular with its cool style and nihilistic themes.

CASE STUDY | St John’s School Take On Yellow Belt Challenge Scroll to top
Select the fields to be shown. Others will be hidden. Drag and drop to rearrange the order.
Click outside to hide the compare bar
Compare