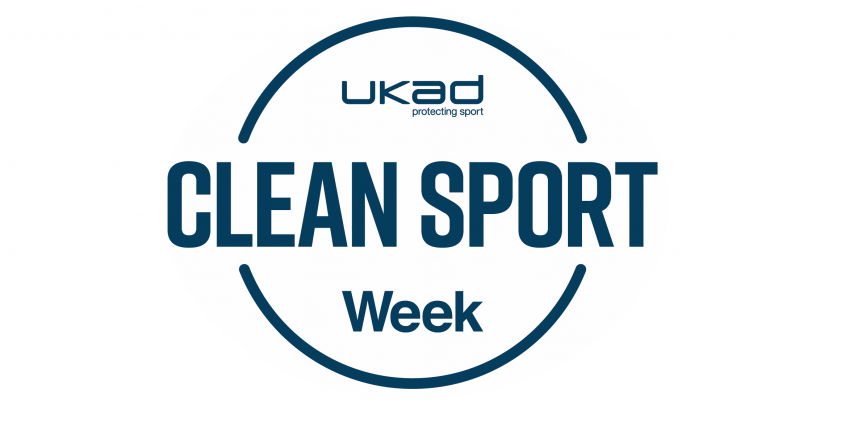 UK Anti-Doping (UKAD) Chief Executive, Nicole Sapstead, has expressed fears for the future of public engagement with sport in the UK, unless the battle against cheats is stepped up on all fronts, following new research for National Clean Sport Week into how doping stories are affecting public confidence in sport.

Sapstead believes that, in addition to the education and intelligence-led testing of athletes, much more must be done to educate society in general about clean sport if faith in the probity of sport is to be restored.

The research published today by UKAD shows two thirds of the British public (66%) think that stories about an elite athlete or athletes doping in sport have had a negative impact on their trust in the integrity of sport.

In addition, nearly half of British adults (48%) say that high-profile stories on doping in sport make them think that doping is widespread.

The study commissioned by UKAD, and carried out by ComRes, has been released today to mark the start of National Clean Sport Week (10-17 July), a campaign to highlight the extensive work being done by UKAD and its partners to ensure sport in the UK is clean.

Nicole Sapstead said: “We are at a critical point in the fight against doping and unless action is stepped up across all sports, at all levels, to help us fight the cheats, we may find that both sports audiences and participation decrease in the future.

“It’s worrying that so many people are losing their trust in the integrity of sport because of stories they see in the media, which are making them believe doping is more widespread than it actually is.

“This isn’t the true picture in Britain, but the public don’t know about the reality. That’s why we’re launching National Clean Sport Week, to highlight the facts and the work we’re doing to keep sport clean in the UK.”

The National Clean Sport Week research found that nearly two thirds of British adults (65%) think that doping is more widespread amongst elite athletes in other countries than in Britain. While three fifths (60%) believe that Britain has stricter rules, better education and testing for elite athletes to prevent doping in sport than other countries.

UKAD and its partners are supporting athletes from grassroots to elite level through one of the world’s most extensive education and intelligence-led testing programmes. It has 40 National Trainers who deliver clean sport education, over 200 Doping Control Personnel, who work as part of the sample collection process and over 2,300 Accredited Advisors around the UK.

Since its inception in 2009, UKAD has conducted over 58,000 tests across over 50 sports and has prosecuted 194 Anti-Doping Rule Violations.

Olympic gold medal winning hockey player, Kate Richardson-Walsh OBE said: “National Clean Sport Week is so important to get people talking. Spread the information, spread the knowledge to the athletes, that are already well informed, and the public generally, about how much testing goes on, how much education we are given, how much knowledge there is throughout UK, to make sure we are competing on that clean level.”

Three-time Olympic rowing gold medallist and member of the UKAD Athlete Committee Andrew T Hodge OBE said: “It gives me a sense of enormous pride that I can prove on a regular basis that I’m a clean athlete. If you look at what we had 10 / 20 years ago we’ve stepped forward enormously. To see that continual process of improvement, development, increasing our standards, shows great testament to the efforts and the work that goes on behind the scenes. Next year and the years to come we’ve got to push on, we’ve got to improve those standards and keep that message going.”

Paralympic Power Lifting World Champion Ali Jawad said: “’I’ve been an elite athlete for 12 years and UKAD has educated me on anti-doping, the rules, what’s required from us and what they can support me with, every year. For me it’s been invaluable.”

GB Judo Review: Gdynia Junior European Cup Scroll to top
Select the fields to be shown. Others will be hidden. Drag and drop to rearrange the order.
Click outside to hide the compare bar
Compare