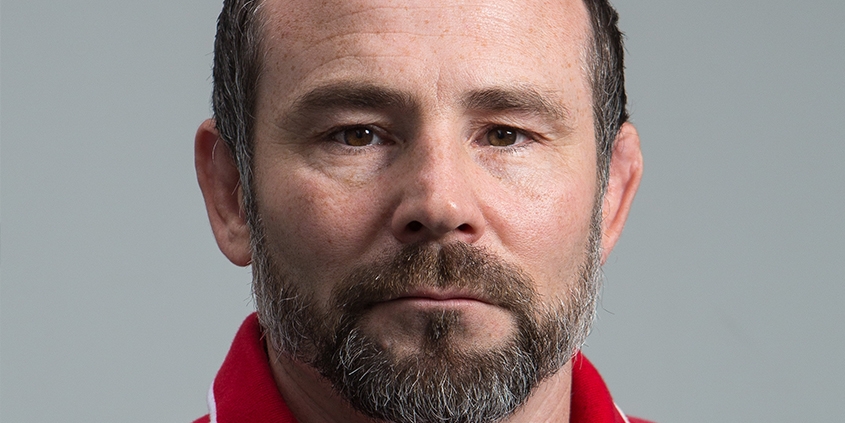 Elite Performance Coach Jean-Paul Bell speaks to British Judo about the GB Judo team’s preparations in the build up to 2016 Rio Olympics.

How is preparation going?

Jean-Paul Bell: Preparation has been really good. The guys have done so well over the last two years they’ve medalled at Grand Prix events and higher. I can’t fault their preparation and we are all really looking forward to Rio. I think the team will do well.

How is the team dynamic in the squad?

J-PB: Team dynamic can be crucial. The team are so good together now and they are settled with each other’s idiosyncrasies and get on really well. If there are ever any disagreements they always seem to come back together which as a coach is great to see. Amongst the support staff a lot of the time it’s me and Kate [Kate Howey, British Judo Elite Performance Coach] and when it is a small group at competitions the two of us mix in well. For larger events and here at the Centre of Excellence we work well alongside the support staff based here. Generally the dynamic is really good and I think that has helped with some of the performances results on the mat.

How crucial has the off the mat support over the last few years has been for the team’s success?

J-PB: I think overall the team as a whole, all the coaches, personal coaches, support staff can always be better but I think everyone has been doing a great job in getting these guys to where they are and that is reflected in the performances and results.

How important has the programme been in maximisng their performances?

J-PB: During this cycle they have had individual action plans with programmes set out a year in advance which give them clear idea of what they are doing. I know when I was coming through as an athlete you didn’t know from one week to the next if you were selected or indeed if you were going to a competition somewhere. Now they are able to plan in blocks exactly what training they are going to do and which events to target and peak at certain events. I’m sure that’s made a difference but we are always looking to improve on things.

Have there been any particular results throughout the qualification period for Rio that have stood out?

J-PB: There have been some outstanding performances and results during qualification. I wouldn’t like to label any particular one as there have been too many to list. But the 2014 Baku Grand Slam does stick out [GB Judo won a gold and silver] as being quite a good weekend!

How much does it mean friends and family of the players to see them at the representing Great Britain at the Olympics?

J-PB: Probably more than we can ever realise. All too often we don’t ‘stop to smell the roses’ too because of the excitement, preparation and build-up over a two year period leading up to this one big day for them. We’re working with the guys to get them to just concentrate on their own performance. But when the dust settles and hopefully they’ve done well in Rio, you start to realise the impact that success has on friends and family and the country in general, we saw that after London 2012.

Cadets in action at European Championships

Bronze for Nunn at European Cadets Scroll to top
Select the fields to be shown. Others will be hidden. Drag and drop to rearrange the order.
Click outside to hide the compare bar
Compare
Wishlist 0
Open wishlist page Continue shopping