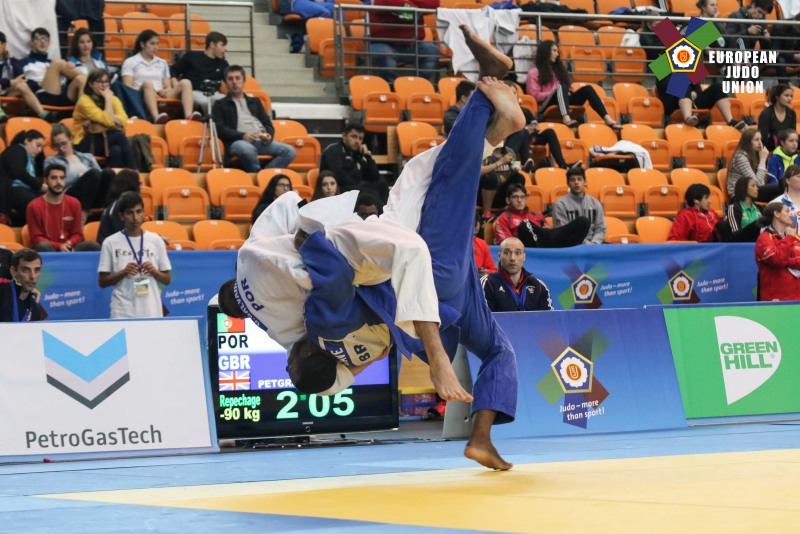 16 of GB’s top junior judoka will be stepping on the mat in Austria at the Leibnitz Junior European Cup on Saturday 3 and Sunday 4 June.

The Junior European Cup in Leibnitz is one of the strongest events on the junior calendar and with over 570 judoka entered it will be a good test for the GB squad. Last year, Lubjana Piovesana (-63kg) took home gold with Neil MacDonald (-60kg) also finishing on the medal rostrum with silver.

Chelsie Giles (-52kg) and Acelya Toprak (-57kg) are both currently ranked inside the top ten in their respective weights at junior level and they will be aiming to back that up in Austria. Giles has enjoyed a good period of time on the senior tour this year but has still medalled at the International Thuringia Cup and St Petersburg Junior European Cup (both bronze). Toprak also won bronze in St Petersburg and will be aiming for a run of tournaments after an injury hit start to the year.

Among the male judoka Jamal Petgrave has been the standout junior from a GB perspective with a number of impressive results including a gold medal at the Bremen International Masters in March. He will be looking to continue that in Leibnitz. Eric Ham and Joshua O’Connor (both -73kg) and Del Imrie have also impressed this year.

Glossop judoka Ham has shown good judo at senior level with seventh place finishes at the Rome European Open and Orenburg Senior European Cup. O’Connor of Gendros Judo Club reached the quarter-finals in Bremen but just missed out on a top eight finish while Del Imrie just finished outside the medals at Bremen in fifth.

Heavyweight Wesley Greenidge has also enjoyed a good year to date with a gold at the La Coruna Junior European Cup last month adding to his silver in Coimbra in March.

Competition starts at 0830 UK time (0930 local) on both days with live coverage via ejc-leibnitz.github.io/ and the draw on ippon.org. Follow @BritishJudo on Twitter for end of day medal updates

Support the Judo Family in Zambia Scroll to top
Select the fields to be shown. Others will be hidden. Drag and drop to rearrange the order.
Click outside to hide the compare bar
Compare