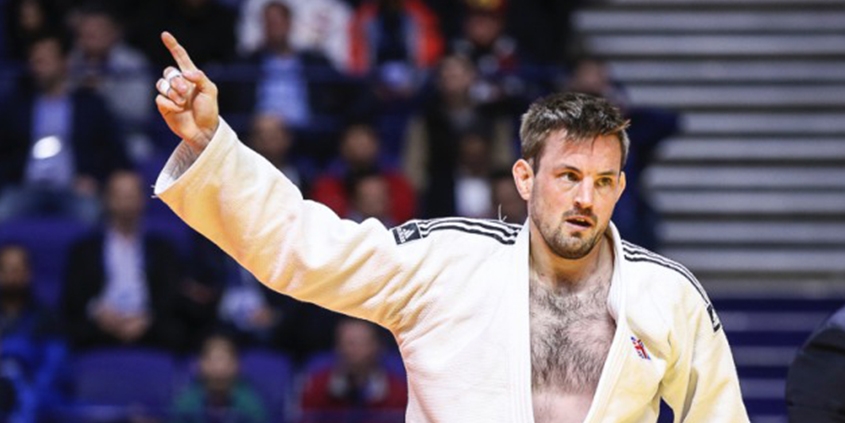 Colin Oates will be competing at his second Olympic Games when he steps onto the mat in Rio this summer. We checked in with the experienced judoka to get his thoughts ahead the Games and his journey to Brazil.

How are you feeling ahead of your second Olympic Games?

Colin Oates: I’ve been asked this few times now and although I’m excited with getting ready for the Games, I’m more focus on how tough training has been recently to get me in the best possible shape for Rio. I’m a little sore but once I get through this period I start to work on some more explosive stuff and the Olympics will be imminent then, which is where the excitement will really kick in.

How has preparation been going?

CO: It’s been going well, everything has been going smoothly and we’re really well organised. We’re really lucky for the last 2-3 years since London 2012 that the organisation and approach and the day-to-day plans, and competition and blocks planning have been done really well. It’s the first time we have really had that since I’ve been involved. Before we had a bit of a rough outline and advisory guidelines but nothing to the level of personalisation we have now.

How is the team dynamic amongst the players and support staff?

CO: It’s like having a second family as we travel away together so often and spent a lot of time with each other so we build that bond. Like all families we have ups and downs but we all stick together and support each other and look out for each other on competition days, warm ups, if someone needs some water etc. We’re a strong unit and I think that’s one of the factors that’s been important in the results we’ve had over the last 2-3 years. We’ve been more successful at Grand Slams and Grand Prixs than I think we’ve ever been. Judo is an individual sport but there is a massive team element involved there as well.

How important is the off the mat support you have received?

CO: You can’t underestimate the importance of that in your judo development. The support we receive off the mat is paramount to our performance as well. Some of us train in different parts of the country but everyone has good support staff behind them and they all communicate with each other better than they have at any other point before.

Which results from your qualification really stick out?

CO: One of the key things I’ve focused on over the last 3-4 years is to pick up a major medal every year post an Olympic Games. I had never won a Grand Slam medal before London, since then I’ve picked up a medal each year including a European Championships medal this year. It’s really important to put that marker down to show you’re still there competing at that level. In judo it’s difficult to be one of the top ranked players all the time so to get a big medal each year throughout the Olympic cycle is really important for me.

How much will it mean for your friends and family to see you compete in Rio?

CO: I think they might be a bored of it because I’ve done it [competed at an Olympic Games] already! My mum and dad are coming out to Rio and they’re excited to see me competing at an Olympic Games again. I’ve got lots of nephews and a niece and they were probably too young to remember me competing at London 2012, so they’ll be a lot more aware of it this time and seeing their uncle on the TV. I get massive support from my family and they’ve been one of the key factors behind my performances and results. They have been decisive in getting me to this point, so for them to see me step onto the mat in Rio will be a special moment for our family.

The Paralympics will be taking place in Rio later this summer. How important do you think it is that we have an integrated programme here?

CO: It’s massive. To have the VI guys integrated into one set up is perfect because we all learn from each other and that constant evolution amongst the players is really important. It’s not just sharing your technical knowledge or randori sessions it’s also the day-to-day as well. I can talk to all of the VI guys and explain things that I experienced from the Games, which I can pass on to them. Sometimes you don’t always see those little things that can become important really early on. It is one of the best things about British Judo compared to other judo nations is that we have this integration.

You’ve known Jono Drane for many years, how proud of him are you for making the ParalympicsGB team for Rio?

CO: I’ve given him way too many compliments in past interviews, so he’s not getting any more out of me! Honestly, it’s been a real challenging journey for Jon. It was great that there was a pathway for him after he began to lose his sight. To have a pathway in place for him really gave him the target and opportunity to make it to the Paralympics. He used to be a plumber so to go from plumbing to being a full-time Paralympian is quite a journey.

Cadets in action at European Championships Scroll to top
Select the fields to be shown. Others will be hidden. Drag and drop to rearrange the order.
Click outside to hide the compare bar
Compare