You are here: Home / Association news / Celebrating 100 Years of The Budokwai and British Judo 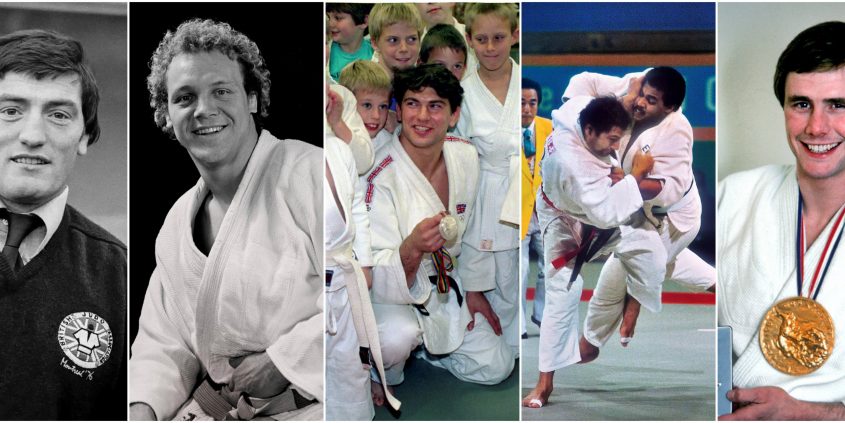 British Judo and The Budokwai today celebrate their centenary. On January 26, 1918, Gunji Koizumi opened the first public members club for Japanese martial arts in Europe in the basement of what had been a German dress-maker, backing onto the rear wall of Buckingham Palace.

GK, as he was known, was a Japanese immigrant and thought that the promotion of Japan’s fighting arts might help his adopted country, then immersed in the First World War. Koizumi subsequently wrote:”I hoped that rendering my service in promoting such training would be a means of pacifying my conscience, which was pricked by the fact that we Japanese, especially students, had been recipients of the kindness and generosity generously bestowed by the people of this country, without making any tangible return.”

It was GK, who guided the setting up of both the British Judo Association (BJA) and the European Judo Union in 1948 and three years later of the International Judo Federation (IJF), with the first appearance of the sport on the Olympic programme in 1964, when Japan as host nation was able to choose judo for those Games. Charles Palmer, a long-time Budokwai member, BJA Chairman and IJF President, campaigned for judo to return to the Olympic programme in 1972, where it has remained ever since.

To commemorate the centenary, The Budokwai is hosting a gala dinner for 240 people on February 3rd. The event is sold out with guests including George Kerr, the BJA President, Ronnie Saez, the BJA Chairman, and representatives from the Japanese Embassy. Also present will be some of Britain’s most famous Olympic medallists from the Budokwai. Brian Jacks is coming from Thailand, Angelo Parisi from France as well as Neil Adams and Ray Stevens, the last British male to win an Olympic medal and now an instructor at the club.

From Japan, Kisaburo Watanabe, chief instructor of The Budokwai and his family, are flying in from Japan together with former members John Bowen and Brian Watson. Four former British team managers will be present as well as a host of ex-internationals, such as triple Olympian Winston Gordon, who is currently based in Germany.

A special guest will be GK’s daughter, Hana, now in her late 90s but still remarkably lucid and sprightly. She is a tangible link with the founding of British Judo. Happy Birthday everyone!

Huge thanks to John Goodbody for the above article

“Train for Jamie” Event Raises £900 for Charity Scroll to top
Select the fields to be shown. Others will be hidden. Drag and drop to rearrange the order.
Click outside to hide the compare bar
Compare