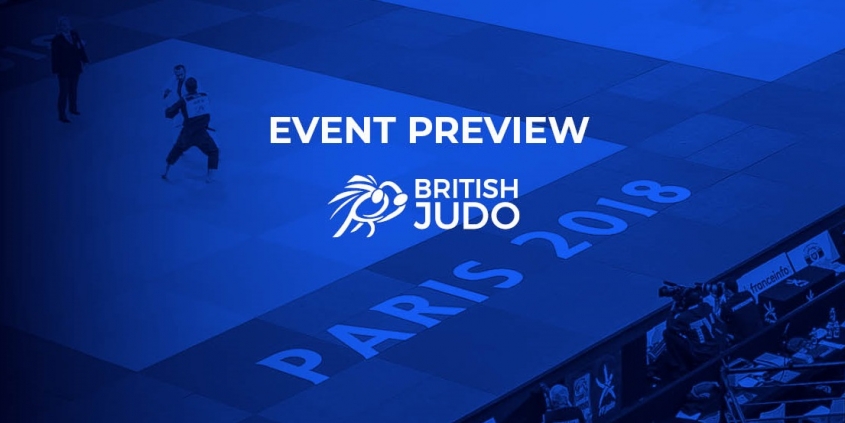 The International Judo Federation World Tour visits the United Arab Emirates for the 6th edition of the Abu Dhabi Grand Slam, which takes place from 24th to 26th October.

The Abu Dhabi Grand Slam promises to be a world class competition with athletes competing for valuable Olympic qualification points with only two IJF competitions remaining after this year.

Ashley McKenzie (-60kg) will be looking to go one step further than he did at the recent Zagreb Grand Prix where he claimed silver. McKenzie has been in fine form at recent IJF events with two 5th placed finishes in Montreal and Marrakesh and a bronze medal in Antalya.

McKenzie has an opening round bye and will face the winner of the round one match between Issam Bassou (MAR) and Ibrahim Issa-Sani (CHA).

Chelsie Giles (-52kg) will be competing for the first time since her 7th placed finish at the recent World Championships in Tokyo. Giles, the current European Championship bronze medallist, who recently took bronze at the Zagreb Grand Prix has an opening round bye and will face the victor of the opening round match between Mariam Janaashvili (GEO) and Diyora Keldiyorova (UZB).

Eric Ham (-73kg) will be looking to improve on the two 7th place finishes he achieved at the Montreal and Zagreb Grand Prix’s earlier this year. Abu Dhabi will be Ham’s second Grand Slam appearance after he made his debut at the Ekaterinburg Grand Slam last year. Ham will face Frigyes Szabo (HUN) in the opening round.

Stuart McWatt (-81kg), who recently took bronze at the Luxembourg European Open, will face Timo Cavelius (GER) in the opening round.

2018 European U23 Champion, Lubjana Piovesana (-63kg), who recently topped the podium at the Tallinn European Open, has a bye in the opening round, but has a tough second round match against top seed and world number 3 Tina Trstenjak (SLO).

Budapest and Budapest Grand Prix gold medallist Gemma Howell (-70kg) has two Grand Slam bronze medals to her name from Baku and Brasilia this year. She has been drawn against Barbara Matic (CRO) in the opening round.

World Championship bronze medallist Sally Conway (-70kg) has been drawn top of Pool D, in her first competition post Tokyo. She has an opening round bye and will face the winner of the opening round match between Onix Cortes Aldama (CUB) and Ayuk-Otay Arrey-Sophina (CMR).

Max Stewart (-90kg) who currently sits in an Olympic Games continental qualifying position, has an opening round match against Hebilige Bu (CHN) with the winner progressing to face Nemanja Majdov (SRB) in the second round.

Natalie Powell (-78kg) is in fine form following a bronze medal at the Tashkent Grand Prix and silver at the Brasilia Grand Slam after a 7th place finish at the World Championships in Tokyo. Powell, drawn top of Pool C, has an opening round bye and will await the winner of the opening round match between Ikumi Oeda (THA) and Unelle Snyman (RSA).

The start time in Abu Dhabi on Thursday and Friday is 6:00am GMT with the start time on Saturday slightly later at 7:00am (GMT). Final block on all three days of competition is due to start at 2:00pm. 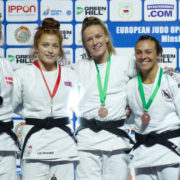 Fifth for McKenzie in Dusseldorf 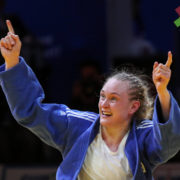 Loretta Cusack-Doyle To Launch The “Loretta Doyle Judo Foundation”...
Scroll to top
Select the fields to be shown. Others will be hidden. Drag and drop to rearrange the order.
Click outside to hide the compare bar
Compare
Wishlist 0
Open wishlist page Continue shopping