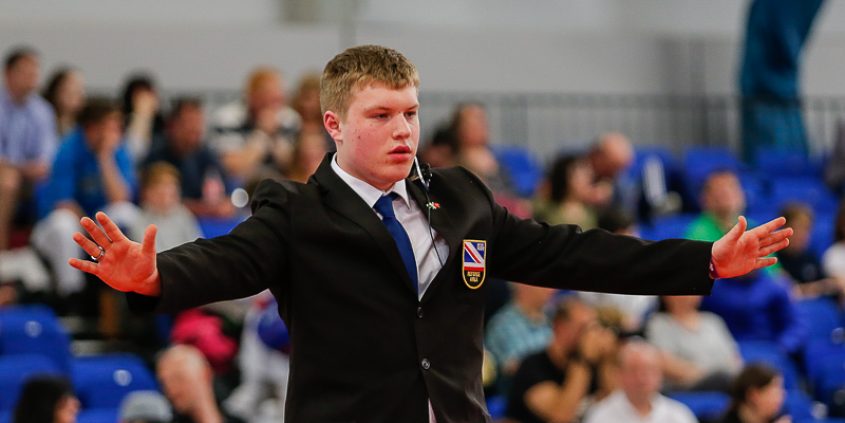 For the 5th consecutive year, British Judo has increased the number of volunteers under the age of 20 refereeing or officiating at the event. 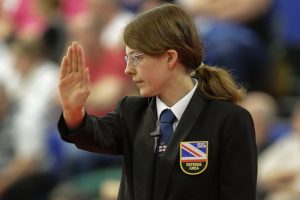 2017 saw 24 under 20 year-old referees and table officials taking part in the event and making key decisions throughout the day. Of this group, a number of them completed an examination for their next level of accreditation and British Judo are delighted to report that all of them passed the examination with highly credible results.

Our young referees made up the majority of the 30 strong referee team, which also involved several of these young referees officiating on the Special Needs and Visually Impaired mat. They performed admirably as they demonstrated the ability to adapt well to unfamiliar situations and a wider range of responsibilities.

Wynn Williams was named Outstanding Young Referee for the weekend and also gained his National C Award this weekend as a result of his effective decision making and ability to deal with pressure.

Carol Leverton of the National Referee’s Commission (responsible for the under 20 years referees) said that she was delighted with the performance of every under 20 referee. 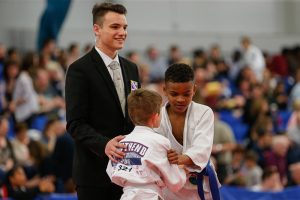 during the past year. Several of the referees who passed examination had only been theoretically trained to the next level on 1st April, therefore their quick and precise adaption to the level was a credit to every one of them.”

The British Judo Association intend to encourage the use of under 20 years referees further across the country with the intention of building up a large pool of highly skilled referees to support our events both now and for many years to come.

Throughout the weekend, our table officials also worked tirelessly to ensure the smooth running of both Championship events. After a tough decision making process for the National Competitions and Technical Officials Commission, Aimee Davies was selected as the Outstanding Young Official of the weekend.

Medals Galore on Offer at the British Schools Championships 2017 Scroll to top
Select the fields to be shown. Others will be hidden. Drag and drop to rearrange the order.
Click outside to hide the compare bar
Compare