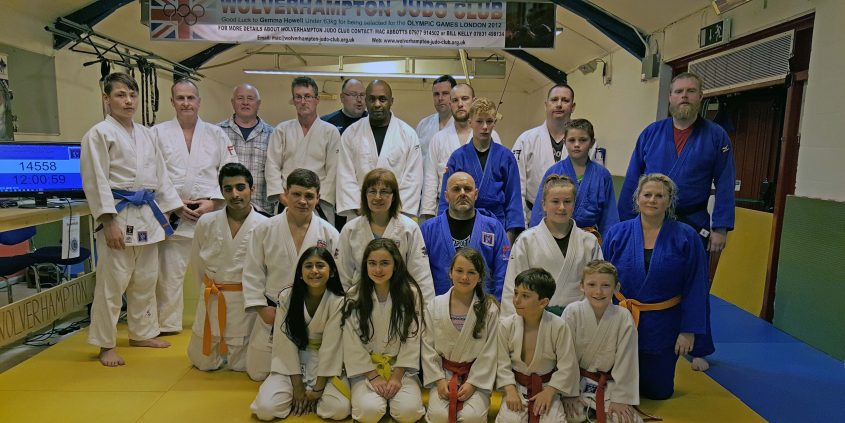 Members of Wolverhampton Judo Club with support from Codsall and the University of Wolverhampton clubs joined forces at the weekend and attempted a jaw dropping challenge to achieve as many throws as possible over a timed twelve hour period, all in aid the Royal Wolverhampton NHS Trust Charity. 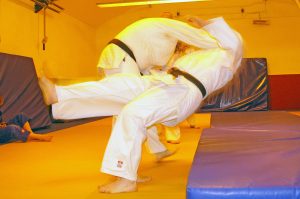 Organised by Kevin O’Reilly, a Senior Coach at Wolverhampton Judo Club, the gruelling event involved enthusiastic members continually throwing their colleagues non-stop for 12 hours, from 10:00am right through to 10:00pm.

Local businesses jumped on board with the challenge, as Sainsbury’s donated water and Mars bars, a local pub providing sandwiches and cobs, Kevin’s employer Securefast distributed hot drinks, together with snacks  and a number of parents donated other items such as donuts, sweets, energy drinks and crisps. Members then made contributions for these items which in itself generated over £150.00 towards the funds being raised.

With a number of participants assisting for short periods, the majority of club members achieved the full 12 hours, which resulted in many of them feeling completely drained at the 6 hour mark. However with their determination and drive in wanting to complete the full 12 hours, they worked through a tough time to find a second lease of life. In fact during the final three hours, when the members could see the finish line approaching, they somehow managed to draw on extra reserves to appear even stronger and throw even quicker. 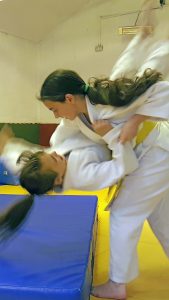 At precisely 10:00pm, the Events Adjudicator confirmed that the members had achieved a monumental and, potentially world beating 14,588 throws, which averaged at 1200 throws an hour or 20 throws a minute!

Overwhelmed by the final figure, Kevin praised the unflinching contribution by the members in completing the full twelve hours and also by the contributions that kept coming in on the ‘Just Giving’ page during the day.

Kevin rounded off the memorable day by commenting “The event has been such a success in a number of ways, not only that the members shown when needed they can go that extra mile when they are tired and determined, the amount of funds generated, publicity for the club, building relationships with judoka from the participating clubs and the camaraderie between players, parents and members of the community”

With an ambitious target of £5000 to reach Members will now be collecting their sponsorship money in order for the donations to be presented to the hospital at the end of the month.

For all those wishing to make a donation please visit the Just Giving website: https://www.justgiving.com/fundraising/KEVIN-O-REILLY13

GB Judo Preview: 2017 Cancun Grand Prix Scroll to top
Select the fields to be shown. Others will be hidden. Drag and drop to rearrange the order.
Click outside to hide the compare bar
Compare