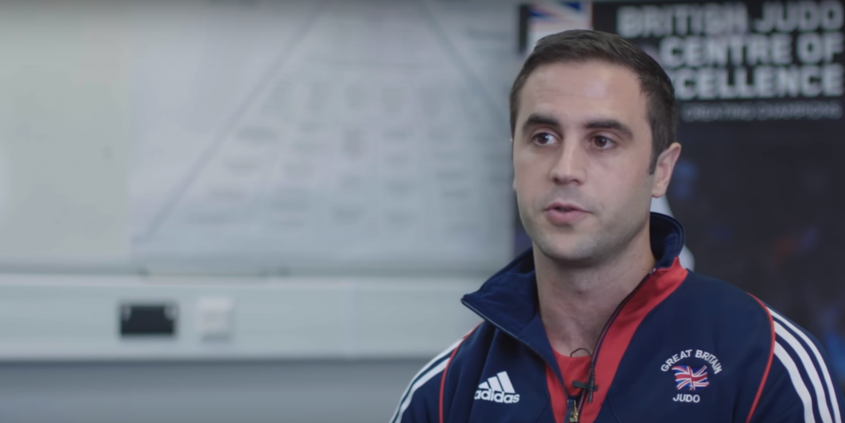 Over the coming months we will be speaking to members of the British Judo World-Class Performance Programme (WCPP) Sports Science and Sports Medicine team to get an insight into their day to day work.

In our first article we speak to Andrew Cruickshank, Senior Sports Psychologist, about his work with the WCPP, the importance of establishing a strong relationship with coaches and players and his role in the build-up to the World Championships in Budapest this summer

How did you get into sport psychology?

After coming out of full time football (involuntarily!) I went to university to study Psychology – although not with the aim of becoming a sport psychologist at the time. As I went through the course though, my interests combined and I then went on to do a Masters and PhD in the area, while completing my professional training.

How long have you been working with British Judo?

I’ve been working with British Judo since August 2014.

Had you worked with other sports before starting with judo?

Before working for British Judo, I supported judoka on the England Talent Development programme and others in the north west of England. In terms of other sports, I’ve worked in football, motor sport and cycling among others, with my current work split between judo, golf and rugby.

What is your role on the British Judo World-Class Performance Programme?

There are three main strands to my role at present.

Firstly, providing tailored support to specific players on the Olympic and Paralympic programmes – a focus which involves working alongside each player’s coaching and other support.

Second is work with the coaching team as a whole, focusing on how to develop important psychological abilities in players, particularly those on the Academy and Junior programmes. In this way, we build on the skills that the coaches have already got and try to get psych out to everyone.

Finally, the rest of my time is focused on supporting broader plans and projects, such as preparation for major championships and the talent development curriculum.

How do individual athletes react to that type of support?

In terms of 1:1 support, the focus is driven by what the player wants to improve or, in many cases, get even better at. In this way, psychology is just another area that can help a player to be the best that they possibly can be. After all, the mental side of judo has always been worked on by coaches.

How important is it to establish a strong relationship with the coaches and players that you work with?

Strong relationships are definitely crucial for psychology – but then again that’s true for any job where people have to work with people! That said, there are clearly times where ‘psychology conversations’ might be a bit more sensitive than others, so getting on well certainly helps with those. The key thing is that it’s the player who ultimately decides to use (and keep or stop using) sport psychology support though. In short, the client is the boss!

How much do you work with other members of the Performance team in your role?

Based on my current remit, I mostly work alongside the coaches and staff that are supporting the players that I’m working with 1:1. Beyond this and my work with the coaches as a group, I’m also part of the sport science and medicine team, helping to bring a psychology view to what we do in and away from the Centre.

Going into the World Championships in Budapest, what was your role with the athletes you currently work with?

Ahead the Worlds, my focus was to help the players to prepare for the challenge – all with the aim of being as clear, in control and confident as possible on the day. Then, at the Champs itself, my role was mainly to remind and reassure based on this plan.

What did you do on a day to day basis at the World Championships?

Beyond final bits of prep with the players and then their post-comp reviews, my role involved supporting the Performance Director, coaches and other staff throughout the event. Claiming space in the warm-up area, coffee runs, and taking insect bites for the team also featured!

Have you seen a change in how people in judo treat psych support since you first started?

When I started at British Judo, it was clear that there was already a lot of openness to sport psychology. Fortunately there had been plenty of good work done by others in the past and so, for most, it certainly wasn’t anything new or mystical! Since then it’s been encouraging to see interest in psychology continue throughout the WCPP as it definitely plays a part in everybody’s role…but then again, I would say that! In all seriousness though, it’s great to see colleagues regularly talking and working on psychology and I get the chance to learn from them too.

Simply Judo Nominated for UK Coaching Award Scroll to top
Select the fields to be shown. Others will be hidden. Drag and drop to rearrange the order.
Click outside to hide the compare bar
Compare