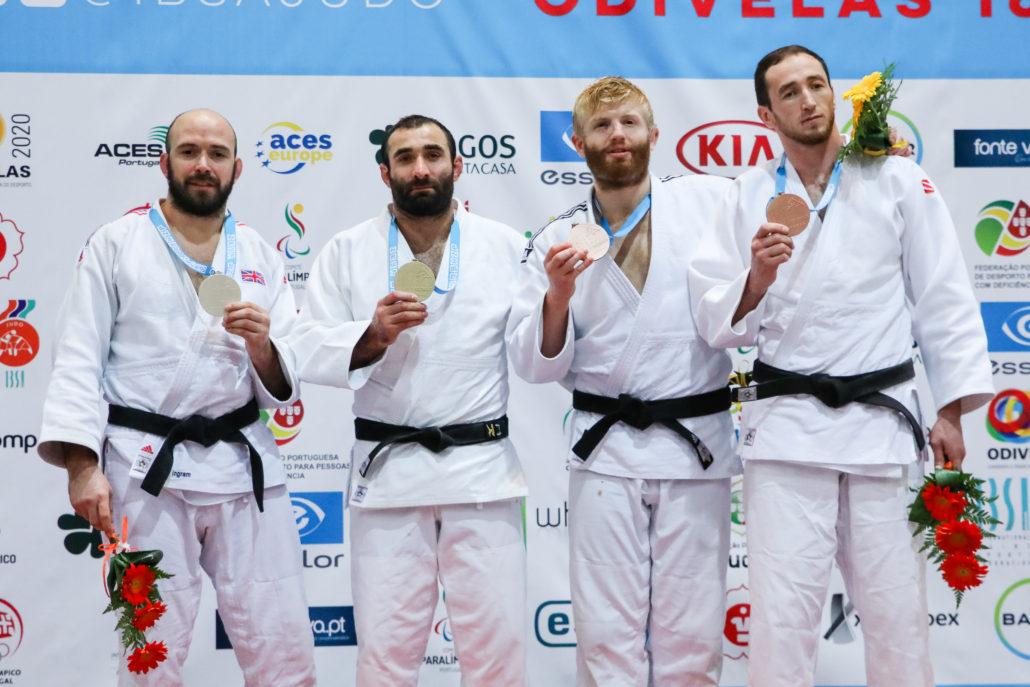 Sam Ingram’s silver was the standout result as the highly experienced two-time Paralympic medallist continued to show his class at his new weight category.

Ingram had previously fought at -90kg but moved up to -100kg following the 2016 Paralympic Games in Rio.

Ingram went in as one of the top seeds and backed it up. He saw off the challenge of Oleksandr Pominov (UKR) in his opening fight, throwing the Ukrainian with a nice sumi-gaeshi.

He continued that form in the quarter-final as he proved too good for Benhamin Goodrich (USA). This time Ingram showed his ability on the ground as he applied the shime-waza and forced Goodrich to tap.

A third ippon win followed in the semi-final, this time against Anatolii Shevchenko (RUS). Ingram didn’t have to wait long as he threw Shevchenko for ippon inside the opening minute, showing great control with the tomoe-nage.

Georgia’s Zviad Gogotchuri would be Ingram’s opponent for gold. The Georgian had already beaten Ingram’s teammate Skelley in the semi-final and Gogotchuri’s power was the telling difference in the final.

Ingram was active and looked to attack but he picked up three shidos as he struggled to gain a foothold in the contest.

However, Ingram’s silver was a terrific return having been at the weight for just over a year.

“It was good, I finished with a medal. I’m aiming for the rostrum at each tournament so I’m happy with my performance.

“Obviously could have been slightly better but I performed to the best of my abilities so that’s all I can really ask for and do.”

He was joined on the -100kg podium but European champion Chris Skelley. The Hull judoka was also one of the top seeds going into the competition.

He wasted little time in his first contest as he threw Sharif Khalilov (UZB) for ippon with just three seconds on the clock using tomoe-nage.

Skelley got his score early on and then did well to hold off his very powerful opponent despite picking up two shidos late on.

Gogotchuri proved too good in the semi-final as he threw Skelley for waza-ari before finishing the contest in osaekomi.

The bronze medal contest against USA judoka Benjamin Goodrich forced Skelley to go to the well in a tough and cagey contest.

The American judoka made the stronger start as his drop attacks put Skelley under pressure. Skelley took his time though and following some good attacks he forced Goodrich to get a shido.

The fight went into golden score and it continued in a similar vein in added time with both fighters having periods of attacking pressure.

There was joy for -90kg judoka Elliot Stewart as the Birmingham judoka won bronze following a very tactical and physical medal contest against Rovshan Safarov (AZE).

Stewart had beaten Safarov earlier this year at the Antalya World Cup, with a waza-ari the deciding factor on that occasion.

This time the fight was decided by shidos as Stewart put in a strong tactical performance, with his superior fitness also proving key.

Both judoka had picked up two shidos as the fight approached golden score time. Stewart went looking for a score and Safarov was forced into pushing the British judoka off the mat, resulting in a third shido.

Stewart had started his day with a big win over Rio 2016 bronze medallist Shuhkrat Boboev (UZB). The British fighter did a good job of managing the contest against his physical opponent before getting the better of tough exchange to throw him with Osoto-gari.

The British fighter then lost a tight quarter-final to Iran’s Vahid Nouri. Both judoka had chances to score but it was Nouri who took a waza-ari lead before finishing the contest in the final minute as he threw Stewart for ippon.

This meant Stewart had to win two fights in the repechage to fight for bronze. Nice ashi-waza against Yanchen Li (CHN) gave Stewart another ippon win.

He followed that up in the repechage final with an uchi-mata giving him the ippon against Arthur Cavalcante Da Silva (BRA).

Stewart was understandably delighted to win his first World medal having only been fighting in VI judo for just over a year.

“Today’s performance was good. Not all of it went to plan but I dug deep, worked hard and got the result I wanted in the end.” 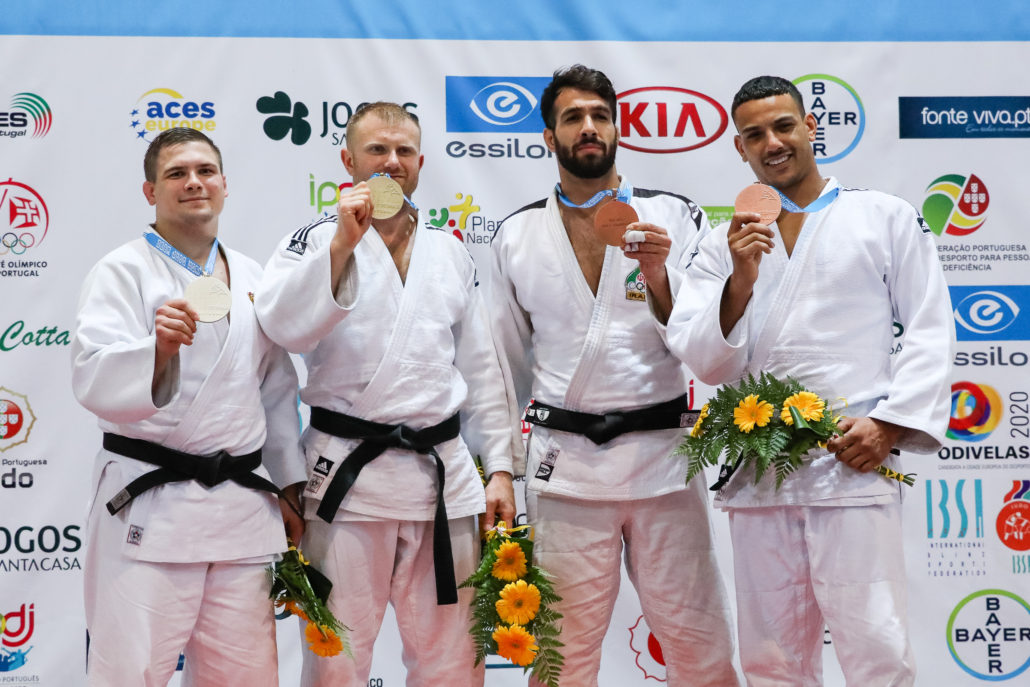 However, he couldn’t get the better of Seyed Omid Jafari (IRI) with the Iranian securing the win in the final minute having already been ahead by waza-ari.

Natalie Greenhough (-70kg) and Jack Hodgson (+100kg) both went out in their first contests of the day to Kazusa Ogawa (JPN) and Wilians Araujo (BRA) respectively.

Greenhough went into golden score against the Japanese judoka but was thrown for waza-ari in added time by Ogawa.

Hodgson was making his competition appearance just fourth months on from elbow surgery. The British judoka put in a strong performance against the Paralympic silver medallist with Araujo’s single waza-ari score coming as he countered Hodgson’s attack.

Early exits in Odivelas and The Hague

Conway wins first Grand Prix since 2015 at The Hague Scroll to top
Select the fields to be shown. Others will be hidden. Drag and drop to rearrange the order.
Click outside to hide the compare bar
Compare