You are here: Home / Events / Seventh for Yeats-Brown in Ekaterinburg 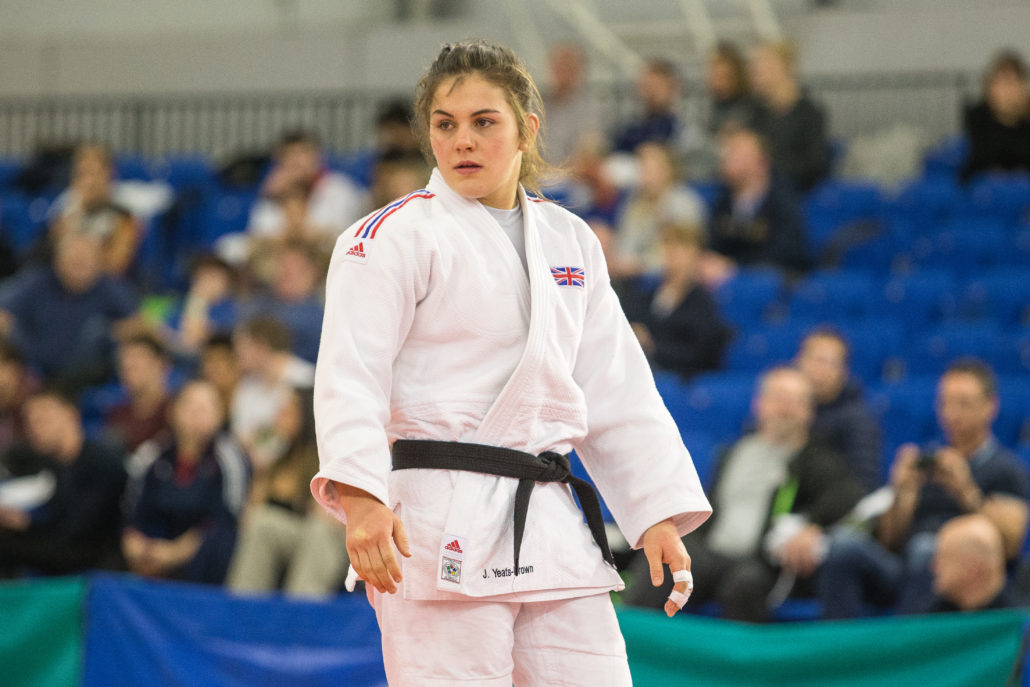 Jemima Yeats-Brown’s seventh place was the standout result for GB Judo on the second and final day the 2018 Ekaterinburg Grand Slam on Sunday 18 March.

The Ryecroft judoka took on Zere Bektaskyzy (KAZ) in the first round at -70kg and had to work hard for the win.

Both judoka looked fairly even though the British judoka had an advantage in tachiwaza. Eventually the contest went into golden score where Yeats-Brown showed her newaza skills to turn the Kazakh judoka into osaekomi.

WRL 2 Maria Portela (BRA) was next up in the quarter-finals. The British judoka made a strong start against the World Masters gold medallist with a number of good attacks.

Both judoka picked up shido in the opening two minutes for false attack and passivity respectively with Yeats-Brown also doing well to not get held down by Portela after the Brazilian countered her attack.

Eventually Portela showed her experience as she took control of an exchange and threw Yeats-Brown for ippon.

This dropped the British judoka into the repechage final where she faced another Brazilian fighter in Barbara Timo.

Yeats-Brown had won their previous encounter at the 2016 Abu Dhabi Grand Slam but this time it was the WRL 31 who took the lead in the opening minute after a dynamic drop attack.

After that Yeats-Brown was always chasing the contest and despite her best efforts she was not able to get the score back. This meant the British fighter finished in seventh.

Stuart McWatt (-81kg) was looking to continue his development at this level in only his second competition of 2018.

The 20 year old took on Belgium’s Sami Chouchi and the British judoka took control from the start as he forced his opponent to pick up two shido in quick succession for passivity and stepping out.

That pressure told as McWatt took the lead by waza-ari and showed good maturity to hold off his older opponent despite a couple of late scares.

WRL 15 Zebeda Rekhviashvili (GEO) was next up in the round of 16 and it was an exciting contest with both judoka looking to make their mark early on.

The Georgian took the lead with just over a minute remaining as he countered McWatt’s attack. The British judoka pressed hard and was close to scoring on a couple of occasions but Rekhviashvili was able to hold out.

Jamal Petgrave (-90kg) faced Mihail Marchitan (UAE) in the first round at -90kg and soon found himself behind as the UAE judoka threw him for waza-ari in the opening minute.

The British judoka struggled to get back into the contest as he also picked up two shido. With just over a minute left Petgrave went for a big throw but got caught off balance and taken back for waza-ari.

2018 British School Champions Crowned in Sheffield Scroll to top
Select the fields to be shown. Others will be hidden. Drag and drop to rearrange the order.
Click outside to hide the compare bar
Compare
Wishlist 0
Open wishlist page Continue shopping