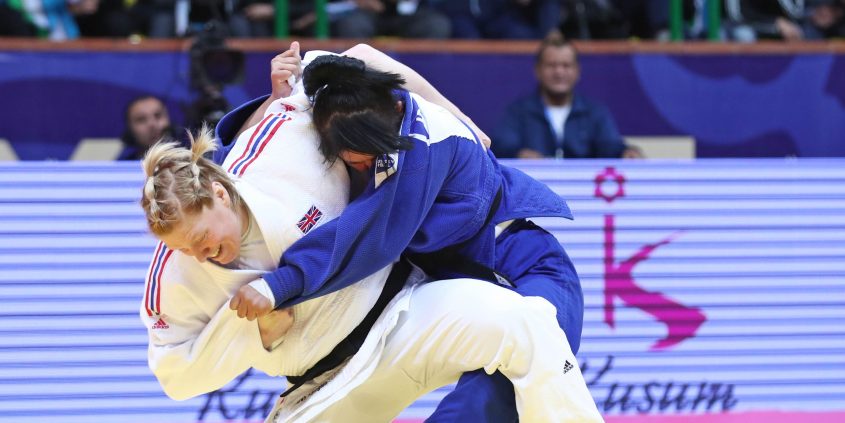 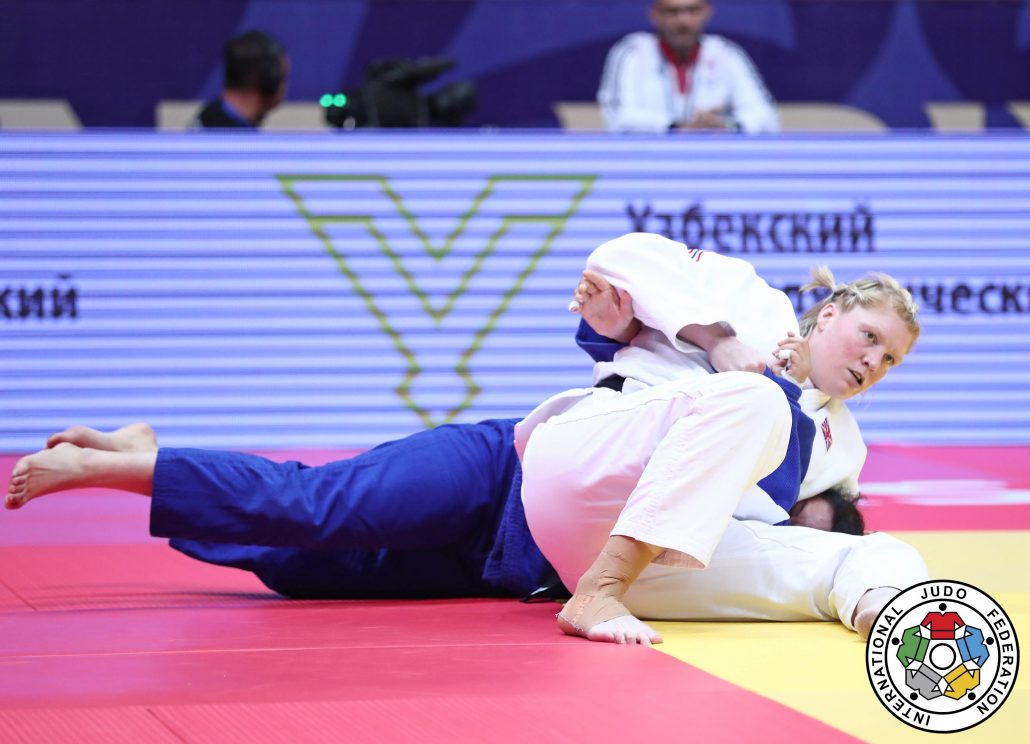 Following a bye into the quarter finals, Adlington (+78kg) was in impressive form in the morning session as she dispatched home judoka Nazokat Ibragimova within the first minute following textbook throw. It was only recorded as a waza-ari however she quickly seized the opportunity to work her opponent around the mat and held her down for the count to register the ippon finish.

She came up against Rio Olympic bronze medallist and eventual Gold medallist Anamari Velensek from Slovenia in the semi final, and it was a close affair. It went right the way to Golden Score and with both judoka having received shidos during regulation time, it was the Russian that was able to work Adlington onto the mat and secure the arm lock causing Adlington to tap out and drop into the bronze medal contest.

Russian Daria Karpova stood in the way of Adlington’s second Grand Prix medal of the season. Karpova won bronze in Tashkent last year and was looking to replicate that form in the Final Block. Adlington frustrated the Russian through the contest though and Karpova had no answers for Adlington’s attacks as the contest wore on. Three shidos for the Russian handed Adlington the medal and the celebrations could begin!

GB judoka compete at Kata Grand Slam and World Championships Scroll to top
Select the fields to be shown. Others will be hidden. Drag and drop to rearrange the order.
Click outside to hide the compare bar
Compare