You are here: Home / Association news / QAC – Inclusion In Judo 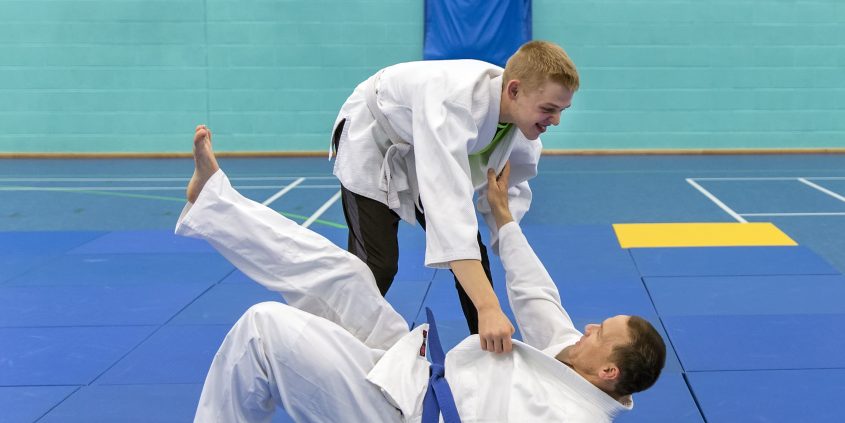 Queen Alexandra College (QAC) is a specialist college, based in Birmingham, for students aged 16 – 25.   The College has been at its current location in Harborne since 1903, originally established to provide education for blind and visually impaired students.

Today, they support students with a range of disabilities from mild to severe learning difficulties, including autism, to those will additional physical needs.

Judo delivery first commenced at QAC back in 2012 as part of the Premier League 4 Sport programme, delivered by British Judo in partnership with Aston Villa Football Club. The foundation for what has now become an integral part of the college is attributed to the hard work and dedication of lead coach Jason Allen.

Jason’s ability to engage with students, make sessions fun and include everyone irrespective of their disability resulted in sessions quickly expanding.  Keen to share his coaching knowledge, Jason also set up a coach mentoring scheme for a select number of students at the college. 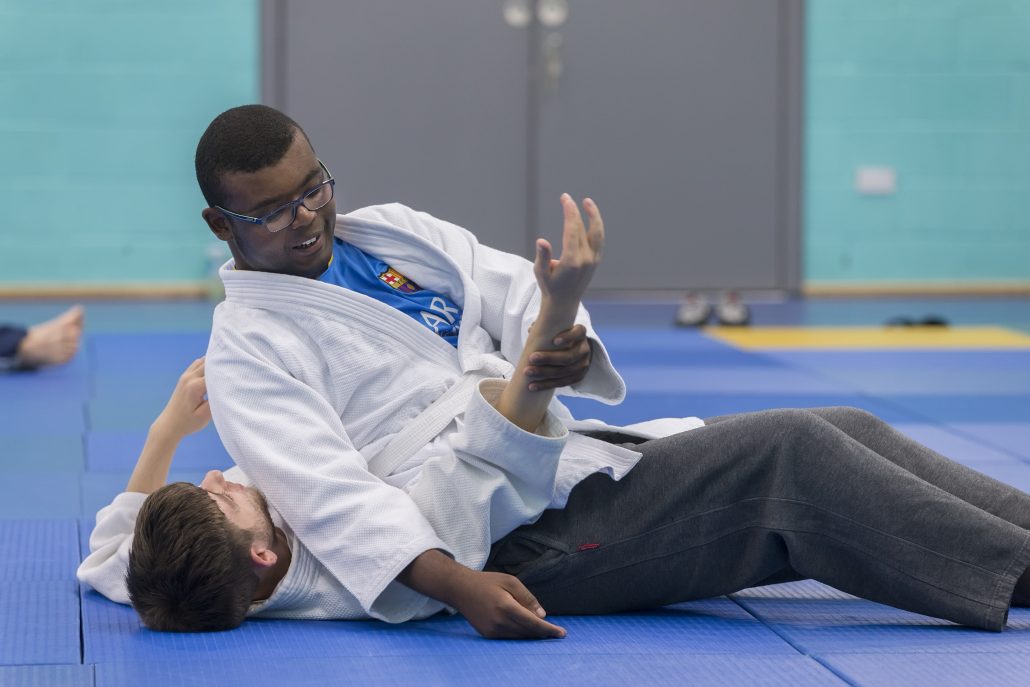 He encouraged these students to become leaders, focusing on technique and basic coaching instruction which enabled them to assist with sessions for other students.  Tutors and staff were overwhelmed by the speed to which students developed leadership skills and grew in confidence.

Several staff also took part in sessions alongside their students, with Colin Jones a member of staff progressing to become a qualified level 1 coach.

Unfortunately, in the summer of 2016 Jason was unable to continue coaching at QAC. To ensure that the club was maintained Jason identified a local coach, Wayne McDonald, to take over the sessions.  Wayne spent some time working alongside Jason, getting to know the students and staff, gaining knowledge and valuable insights into the students he would be teaching.

This was immensely important to both the staff and students as it enabled them to build up trust with Wayne and adapt to his style of delivery.

Wayne has done a tremendous job since taking over the club and continues to develop and inspire the students.  Sessions have focused on teaching students Japanese and increasing the amount of randori done in training to prepare them for competition.  All students are progressing well through the BJA grading syllabus and a number have been involved in low level competitions. 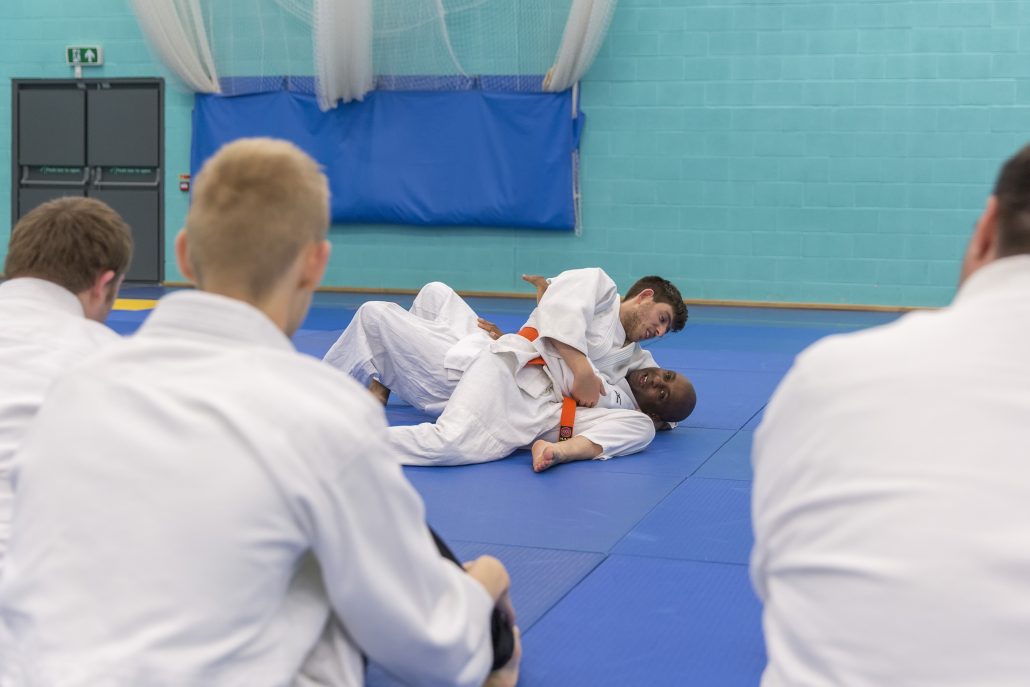 In February this year, Wayne accompanied several students to a National Inclusion training day at the BJA Centre of Excellence. Despite their initial apprehension at the new experience, all students thoroughly enjoyed the day and were complimented by coaches for the quality of their Judo and their attitude.

Also in that month Kerry Tansey, BJA Disability Lead came to the college to deliver a session that was well received by all of students and coaching staff. Another highlight for students was a visit from three BJA Para-Olympians athletes in June. They joined students in with their session and took part in a Q&A session, answering questions from students and staff.

At the end of term, Wayne organised an internal competition supported by Keith Merrick and Carol Leverton for all students on the programme which was not only well represented by participants but also by spectators. All the students showed great determination and sportsmanship.

On Friday 10th November 2017, Wayne won the Black Country Sport and Physical Activity Awards Coach of the Year and has now been entered into the West Midlands Community Sports Award Coach of the Year to be judged on in December.

The club has been maintained so far through funding from the BJA, County Sport Partnership and local sponsors but requires more longer term funding to secure its future.

Fortunately, Midlands based charity “Gentleman’s Night Out” have provided additional funding which extended delivery into the current academic year.

Wayne is hoping to develop a comprehensive exit plan for students at the college, identifying ways to engage and integrate students into community Judo clubs, continuing their development and passion in the sport. 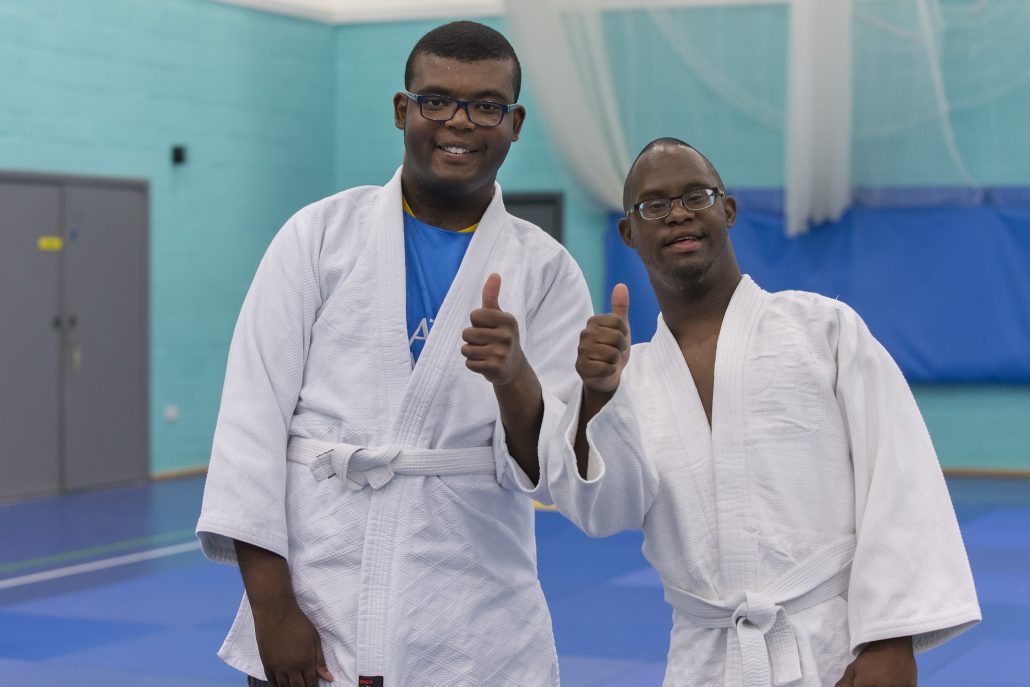 EVENT | Come Together and “Train For Jamie” Scroll to top
Select the fields to be shown. Others will be hidden. Drag and drop to rearrange the order.
Click outside to hide the compare bar
Compare