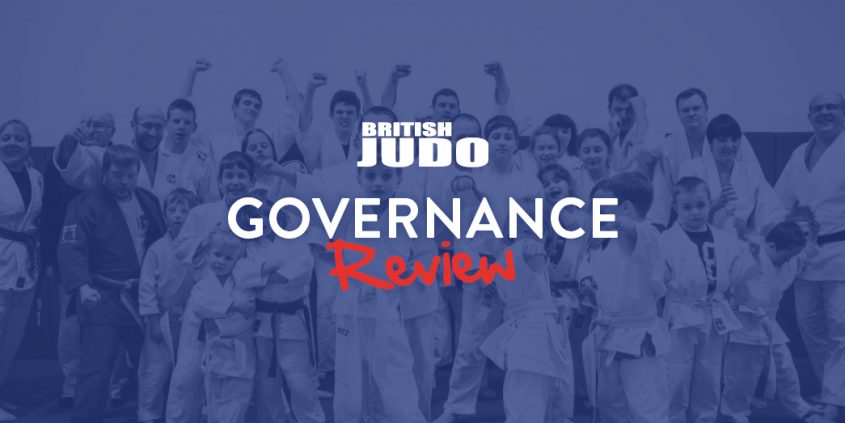 Following this mornings Extraordinary General Meeting (EGM) at the University of Wolverhampton, 96% of club representatives have voted in favour of the proposed Governance changes within the British Judo Association.

In May 2016, the UK Government published a Charter for Sports Governance in the UK which set out some key governance principles that they expect all sports in the UK to follow. 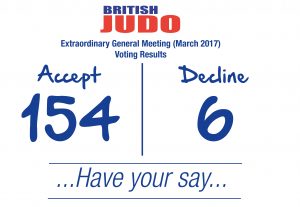 As a result of this, the British Judo Association (BJA) recognised the need to review its governance of the sport more generally than we explained in our recently published Strategic Plan for 2017-2021. A further trigger for this action was also as a result of the circumstance surrounding the unfortunate withdrawal of the 2015 European Judo Championships in February 2015 and the governance issues arising from the review.

In order to agree the changes as proposed by independent governance consultant Jonathan Hall, the Association entered a period of consultation with all our members. To provide as many opportunities to engage and interact with our members as possible we built a new microsite and hosted 13 regional roadshow meetings across the United Kingdom and Northern Ireland throughout February and March.

Chairman Ronnie Saez had the following to say: “I would like to take this opportunity to thank you for your participation in today’s EGM process which has been successful, by a considerable margin (95%), in approving the required amendments to the BJA Memorandum and Articles of Association which will enable the association to both modernise and improve our governance arrangements, and also ensure compliance with the provisions of the UK Sport/Sport England Code for Sports Governance.

It is my firm belief that, as well as enabling British Judo to meet the requirements of the above code, these governance improvements will lead to a more open, transparent and accountable BJA which both operates with a greater degree of effectiveness and is more engaged with our membership.

The British Judo board, management and staff look forward to leading the association on this change journey.”

Immediate actions to take place as a result of this morning’s vote: 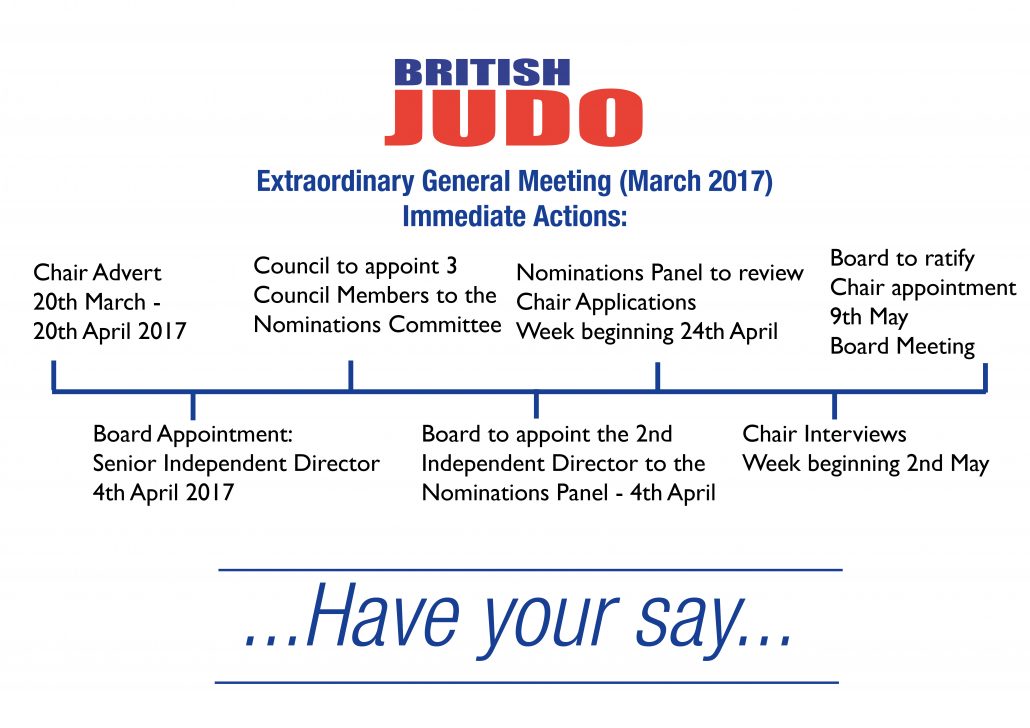 Find out more about the Governance Changes within the BJA, by visiting https://www.britishjudo.org.uk/governancereview/

GB Judo Weekend Review 18 – 19 March Scroll to top
Select the fields to be shown. Others will be hidden. Drag and drop to rearrange the order.
Click outside to hide the compare bar
Compare