You are here: Home / Association news / A Message From Brian Jacks

The final Brian Jacks masterclass is taking place tomorrow. You can find further details below

Message below from Brian Jacks to British Judo members

My name is Brian Jacks and some of the older members might remember me!

For those of you who are not sure I just want to say hello and tell you a little bit about me.

As far as Dan‘s go, in some organisations, I’ve been recognised as a Tenth Dan, and in others as an Eighth Dan. But for me I don’t read too much into this. At the age of 15, whilst living in Japan and training at the spiritual home of judo, the Kodokan, I managed to achieve my First Dan and I know this made my Dad and my family very proud.

As far as Olympic Games go I appeared in 4 although one of these was a pre Olympics, in Mexico in 1968, as Mexico didn’t include judo. 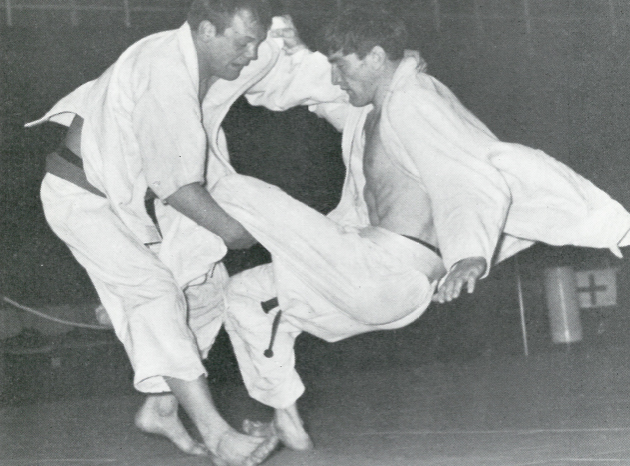 Tokyo – 1964. The first time the Olympic Games were included in the Olympics. I took part in the lightweight event and became the first British person ever to appear on an Olympic Mat. I lost to the eventual winner. Nakatani from Japan,

Munich – 1972. I came away with a bronze medal which made me the first British person ever to win a medal in the Olympic Games.

Montreal – 1976. I didn’t achieve my aim and win a gold medal. Some people suggested that I might have been a victim of a poor referring decision.

Salt Lake City – 1967. I won a bronze medal which meant I became the first British person ever to win a medal in these championships

Over the years I won all kinds of medals in these championships.

That is just a very brief account of my judo career.

After judo I took part in the BBC’s Superstars competition and I won the British and European titles two years running. I think a lot of people who watched this show took up judo as a result of seeing me do so well.

So why am I writing to you?

Well, at the age of 70, I think it’s time that I shared my life to the world. Explained, in my own words, the secrets of my success and the pain that it took to reach the highest levels.

BRIAN JACKS – the MINDSET OF A CHAMPION.

It’s not about the techniques of judo or my journey to a certain level or place. It’s 600 pages and covers my life from the beginning until now. All the highs. All the lows. And all the bits in between. It’s a true detailed account of my life that might have you laughing and crying at the same time.

The cost of my book, in hardback that I will personally sign, is 19.99 plus 6.00 for UK postage and packing. That makes 25.99. It will make a perfect Christmas present for children, parents, grandparents and aunties and uncles.

If you would like to buy a copy you can only do so by sending an e-mail to me, brianjacks129@gmail.com. It will not be available in shops, or on Amazon, this year. So if you would like to read how I, in many people’s eyes, became the most influential person there has ever been in British judo, please drop me a line. Or ask me a question.

Before I close I have to tell you that I am currently on tour in the UK and I’m having a wonderful time. I’ve been to Northampton, Burton on Trent, Walsall, Lincoln, Kendall and the Budokwai. My next stop is Bury. See below for the full itinerary and I look forward to seeing as many of you as possible on my travels. If you’d like further information about these visits please email at brianjacks129@gmail.com

Thank you for taking the time to read this.

All the best in Judo.

Judo Community Unites for Dr George Kerr CBE 10th Dan’s 80th Birthday Scroll to top
Select the fields to be shown. Others will be hidden. Drag and drop to rearrange the order.
Click outside to hide the compare bar
Compare