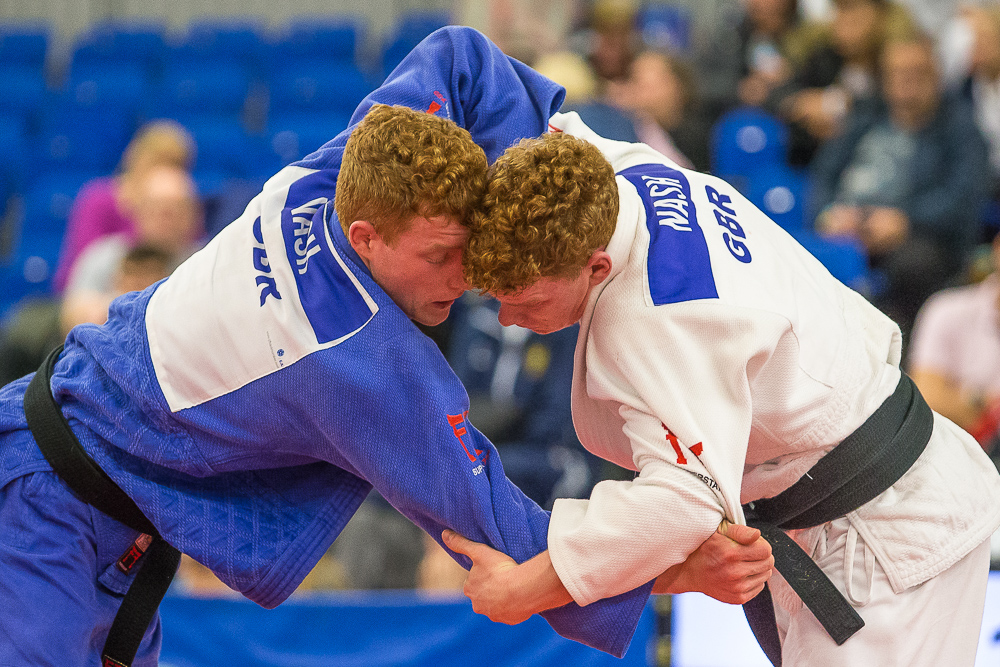 16 Junior British Champions were crowned on a frantic day of action at the English Institute of Sport in Sheffield.

Acelya Toprak claimed the -57kg title for a second successive year at the Championships in a high quality -57kg category. The Metro fighter defeated Josie Steele (Highland Budokan) in the Final with Darcie Hancocks and Leah Grosvenor completing the podium.

Shelley Ludford successfully made the step up to -78kg for the first title and marked the occasion with a Gold medal as she pushed Emily Ritchie (Sportif) into silver medal position.

The match of the day was no doubt, the clash of the Nash brothers as Oliver and Thomas came head to head with Oliver winning a mammoth 10 minute contest. With the two inseparable in regulation time, it was Oliver who scored the vital waza-ari with 6:04 showing on the Golden Score clock. In a match that had the entire venue captivated, they received a standing ovation from players, coaches and spectators alike as they left the mat.

Yasmin Javadian (Coventry) has had a very successful Cadet career to date and as she looks to make the transition up to Junior level, she mastered the -52kg category. She topped the podium ahead of Molly Harvey (Tonbridge) with Hannah Wood (Sportif) and Fiona Todman (Destination Judo) completing the rostrum.

Sian Bobrowska (Hardy Spicer) continued her fine form following victory last weekend in the Cadet British Championships with victory in the Junior -48kg. She pushed Amy Platten (Redbridge) in silver medal position but what was clear is that these two have an exciting career ahead of themselves.

Camberley’s Henry Wakes (-60kg) had an excellent day of judo on the mat as he claimed the -60kg title. In a final that could have seen either judoka claim the win, he defeated Edinburgh Judo’s Dylan Munro.

2017 Senior British Champions Crowned in Sheffield Scroll to top
Select the fields to be shown. Others will be hidden. Drag and drop to rearrange the order.
Click outside to hide the compare bar
Compare