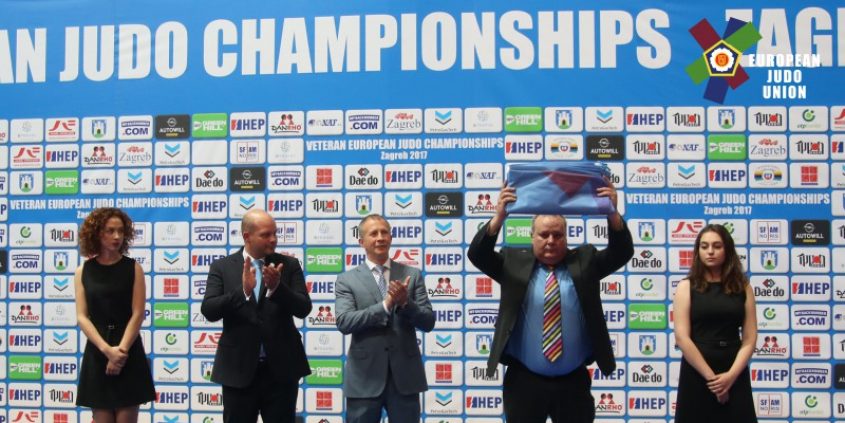 The 2018 Veterans European Judo Championships are coming to Great Britain! 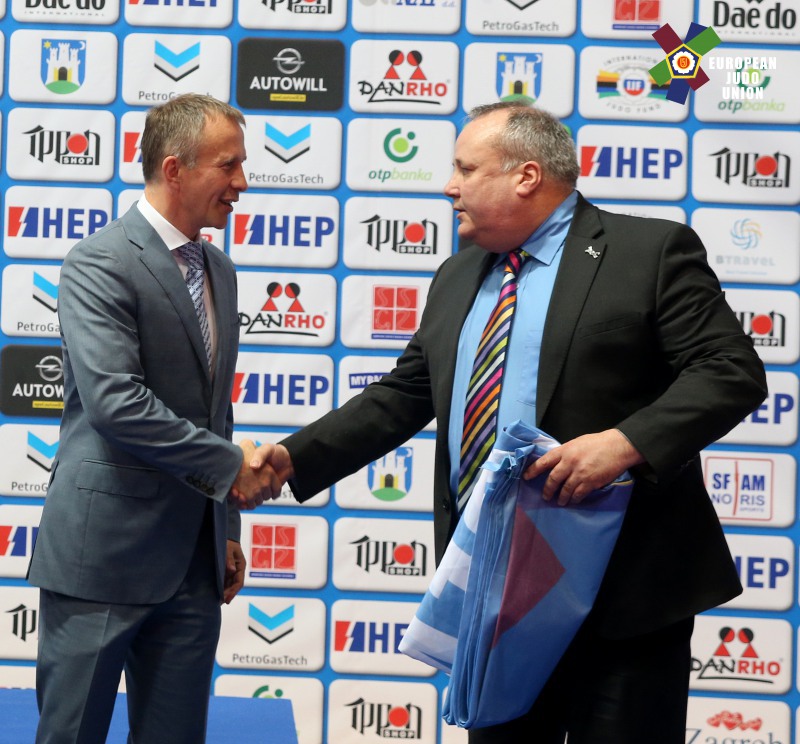 Following the official bidding process and a successful meeting with the European Judo Union (EJU), we are delighted to announce that British Judo has been awarded the 2018 Veteran European Championships, to be held in June 2018 (exact date TBC).

The 2017 Veteran European Judo Championships proved a great weekend for British Judo, with success both on and off the mat. GB Judo Masters athletes fought hard throughout the weekend to gain 12 medals, including four golds, in what was a tightly contested event.

The official flag handover ceremony was conducted over the weekend in Zagreb during the 2017 Veteran European Championships whereby the President of the European Judo Union (EJU) Sergey Soloveychik handed the EJU flag over to BJA Chairman Ronnie Saez.

Great Britain have never hosted the Veteran European Championships before so this will be a first for the nation.

The event is one of several European and World-level judo competitions confirmed to be hosted by British Judo in the 2017-2020 Olympic and Paralympic cycle which already includes the 2017 IBSA European Championships and the 2018 and 2020 EJU Senior European Opens. 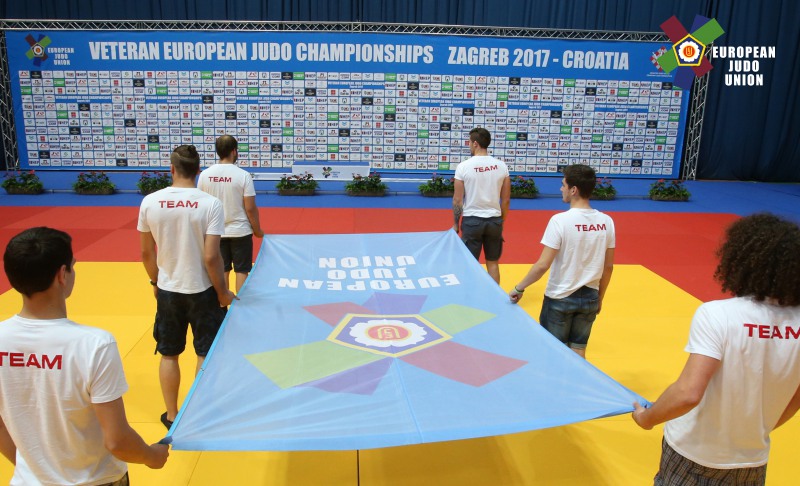 “It’s a very big event and we take our obligations very seriously. We prepare scrupulously. We have got a good track record in delivering EJU events particularly at the Glasgow Emirates Arena and we have a very well trained volunteer work force, which will help us to put on a championship of the required standard”, Saez promised.

Stan Cantrill, a veteran competitor himself and a director of Welsh judo, is equally excited about the championship coming to Glasgow.

“It’s the most wonderful thing that has ever happened. We’re really, really pleased.”

“Of course I’m going to compete. I competed all the European and World championships. I’m looking forward to the home ground advantage”, he noted.

870 judoka from 33 counties competed at the 2017 edition of the competition held in Zagreb so it promises to be an action packed four days of judo in Scotland.

The Event Outlines will be available in Autumn 2017 and further information will be distributed to BJA members in Summer 2017.

For all event enquiries, please contact the Events Team at events@britishjudo.org.uk.

Redditch Judo Club Holds First Open Event Scroll to top
Select the fields to be shown. Others will be hidden. Drag and drop to rearrange the order.
Click outside to hide the compare bar
Compare