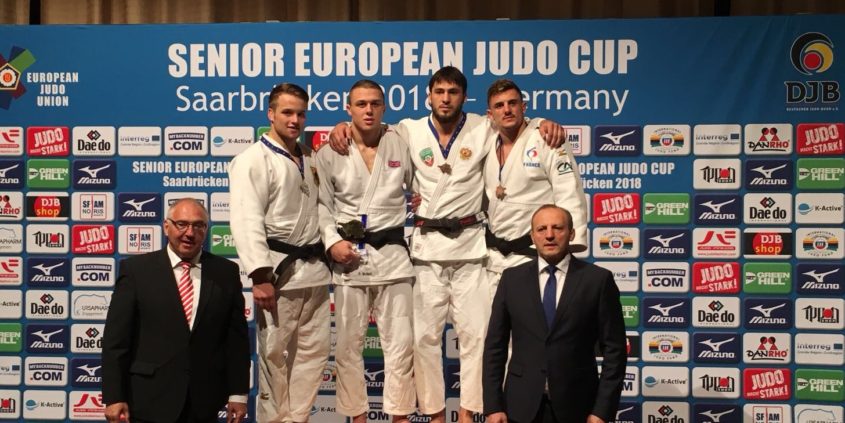 It was a weekend of high quality judo on the mat in Germany and Hungary as the Great Britain squad came away with a combined seven medals from across the two events.

The Saarbrucken Senior European Cup and Paks Junior European Open are commonly known as two of the toughest events on the circuit and regularly attracts a high class field of judoka and this weekend was no exception with an array of Olympic Champions and Top Ten fighters.

Stuart McWatt (-81kg) secured the pick of the results in Germany as he topped the podium for the first time in his international senior career with an impressive array of judo. The victory was just reward for the Scot after several near-misses in recent events.

He was imperious form throughout the day defeating quality opponents on his way to the final. Kazakhstan’s World No.60 Bekadil Shaimerdenov provided McWatt with the pick of his results but he ultimately provided no test for him as he defeated him via ippon within 50 seconds. Each round provided McWatt with a different test of his credentials but he passed with flying colours. His four contests yielded four ippon finishes, leading him to the final. He came up against Germany’s Timo Cavelius, who had defeated him in Orenburg earlier this year. 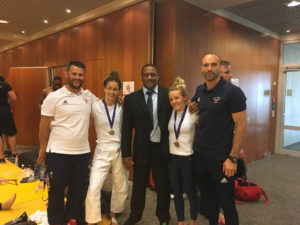 It would be McWatt who gained revenge for that defeat by securing victory by a single waza-ari, handing him the Gold and first place on the podium.

Amy Livesey made a triumphant return to the mat following six months out of action as she won silver in the -63kg category. She will be hoping this medal will kick start her year after 2017 saw her pick up her maiden Grand Slam medal in Ekaterinburg. The first two rounds of her day saw Livesey spend just over two minutes on the mat as she claimed ippon victories. Her third round contest against Netherland’s Geke Van Den Berg saw her display grit and determination to grind out a waza-ari victory before sweeping her way through the semi finals. She came up against Michelle Benjamins (NL) in the final. who unfortunately defeated Livesey but it was a solid return to the mat for the SKK Judo Club fighter. 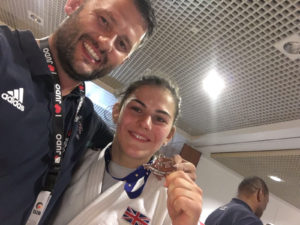 Kelly Staddon and Jemima Yeats-Brown also fought their way onto the podium with bronze medals in the -48kg and -78kg categories respectively. It is

a first medal for Yeats-Brown at -78kg after she made the step up in weight categories earlier this year. She defeated a handy opponent in the form of Belgium’s Sophie Berger, who has claimed a range of European Open medals, to force her way onto the podium. Staddon, on the other hand, enjoys fighting at this event after she won Gold last year. She couldn’t quite manage a defence of her title this time around, but she will be thrilled with a bronze medal which sees her claim her first medal of the year.

Other notable results from the weekend included a near miss for Jamal Petgrave (-90kg) as he was forced to settle for fifth place after defeat by Germany’s Dario Kurbjeweit Garcia in the bronze medal contest. There were 9th placed finishes for both Eric Ham (-73kg) and Bekky Livesey (-63kg).

There were some impressive displays on the mat in Hungary and offered an exciting glimpse into the future with several podium finishes within the squad.

Acelya Toprak (-57kg) once again topped the podium in Hungary with an accomplished day of judo on the mat, while once again Yasmin Javadian (-52kg) claimed a medal alongside Josie Steele (-57kg). 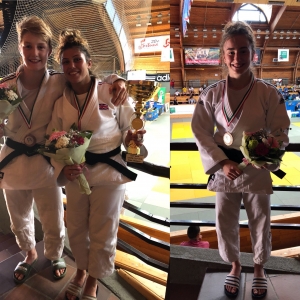 Toprak didn’t have everything her own way on the way to claiming gold however. A tough first round against Austria’s Olivia Taroncher saw her pushed all the way with just a single waza-ari separating them. A Golden Score victory following in round two, before all British affair in the third round. Compatriot Josie Steele stood in the way of Toprak progressing through to the final while a victory for Steele would have seen her through to her first Junior Gold medal contest. Toprak was able to get the better of Steele in a high class contest before brushing aside Italy’s Federico Luciano to win Gold. Steele showed no ill effects of that defeat and rebounded admirably in the bronze medal contest as she defeated Israel’s Shaked Amihai to win her first Junior international medal.

Yasmin Javadian (-52kg) is fast becoming one of the most consistent performers on the GB squad as she again finished in the medal positions by adding another bronze medal to her growing collection. Javadian once again came up against Germany’s Seija Ballhaus after the pair were locked at 1-1 in their respective head to head battles. Ballhaus had got the better of her in the Quarter Finals of the Kaunas Junior European Cup in May and the same happened this weekend but it was a fiercely contested semi final. With both fighters tiring two minutes into Golden Score it was Balhaus that found an opening to secure a waza-ari victory. This would drop Javadian into the bronze medal contest where she came up against fellow Brit Olivia Piechota. Piechota was victorious last time the two fighters met in Kaunas in May but it would be Javadian who claimed the medal this weekend as she threw Piechota for ippon.

Other notable results saw Wesley Greenidge tire in the closing moments of his bronze medal contest as he had to settle for fifth place in the +100kg category. Greenidge found himself a waza-ari score up with a minute remaining but couldn’t hold on as he was held to the mat. Henry Wakes (-60kg) also finished in fifth place in a long day that saw he fight six times.

“Jamies Kids” vs Judo Legends Set for Take Off This Weekend

Hosting of BJA National Events 2019 Scroll to top
Select the fields to be shown. Others will be hidden. Drag and drop to rearrange the order.
Click outside to hide the compare bar
Compare