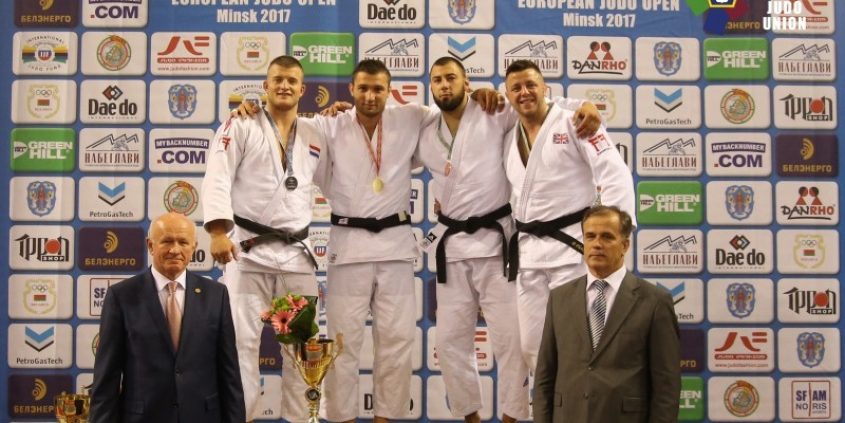 As the weeks count down towards the World Championships in August, the GB athletes are honing their preparations in order to peak at the right time and Ben Fletcher continued his good form with bronze in the European Open in Minsk this weekend. 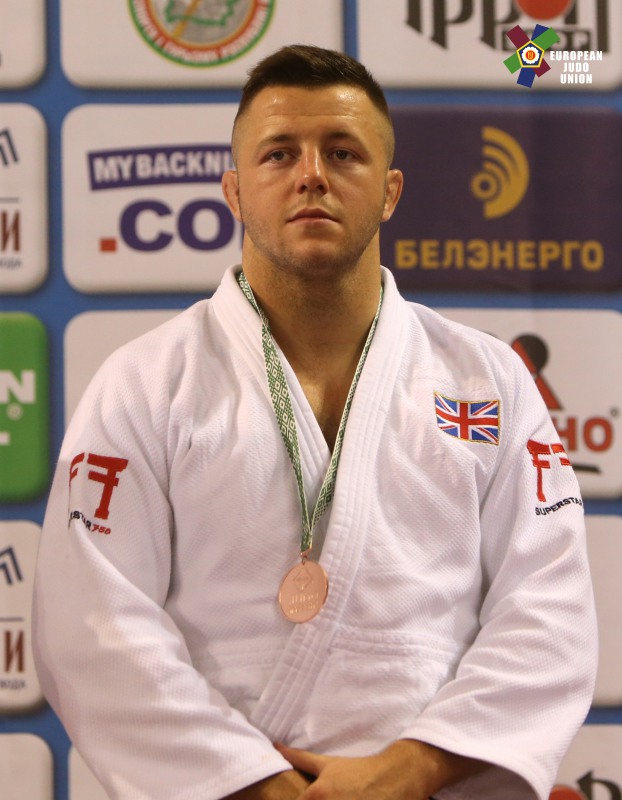 It was a very impressive weekend for the Team Bath judoka as he defeated the likes of World No.4 Elmar Gasimov (AZE) in the bronze medal contest of the -100kg competition to secure third place. Although he wasn’t able to find the vital ippon finish in any of his contests, he regularly registered waza-ari scores to keep the scoreboard ticking in his favour.

A total of six waza-aris was enough to see Fletcher progressing through the rounds before coming up against World No.2 Michael Korrel from the Netherlands. Korrel has Grand Slam Gold medals to his name this season (Baku) and had a 2-1 winning record before the contest and was able to get the better of him this time with a waza-ari in Golden Score the only way to separate the pair.

It was a disappointing day for Aaron Turner as he was eliminated in the first round of the -73kg competition by Ermes Tosolini from Italy.

Ham spent plenty of time on the mat in the preliminary rounds early on as all fights went the distance. He was defeated in the 3rd round in a competitive contest against Cornel Andries from Mongolia and fell in the 2nd repechage contest to finish in 5th place.

In the female side of the draw, Olivia Spellman (-63kg) was able to claim a credible 7th placed finish in what was just her second competition at junior level.

Lele Nairne (-57kg) comfortably won her first contest of the day in just 20 seconds before falling to home judoka Vera Zemanova. Kiera Bateman was eliminated in the first round of the same category to Nora Bannenberg (GER).

Dowty Judo Club Achieves ClubMark Status Scroll to top
Select the fields to be shown. Others will be hidden. Drag and drop to rearrange the order.
Click outside to hide the compare bar
Compare