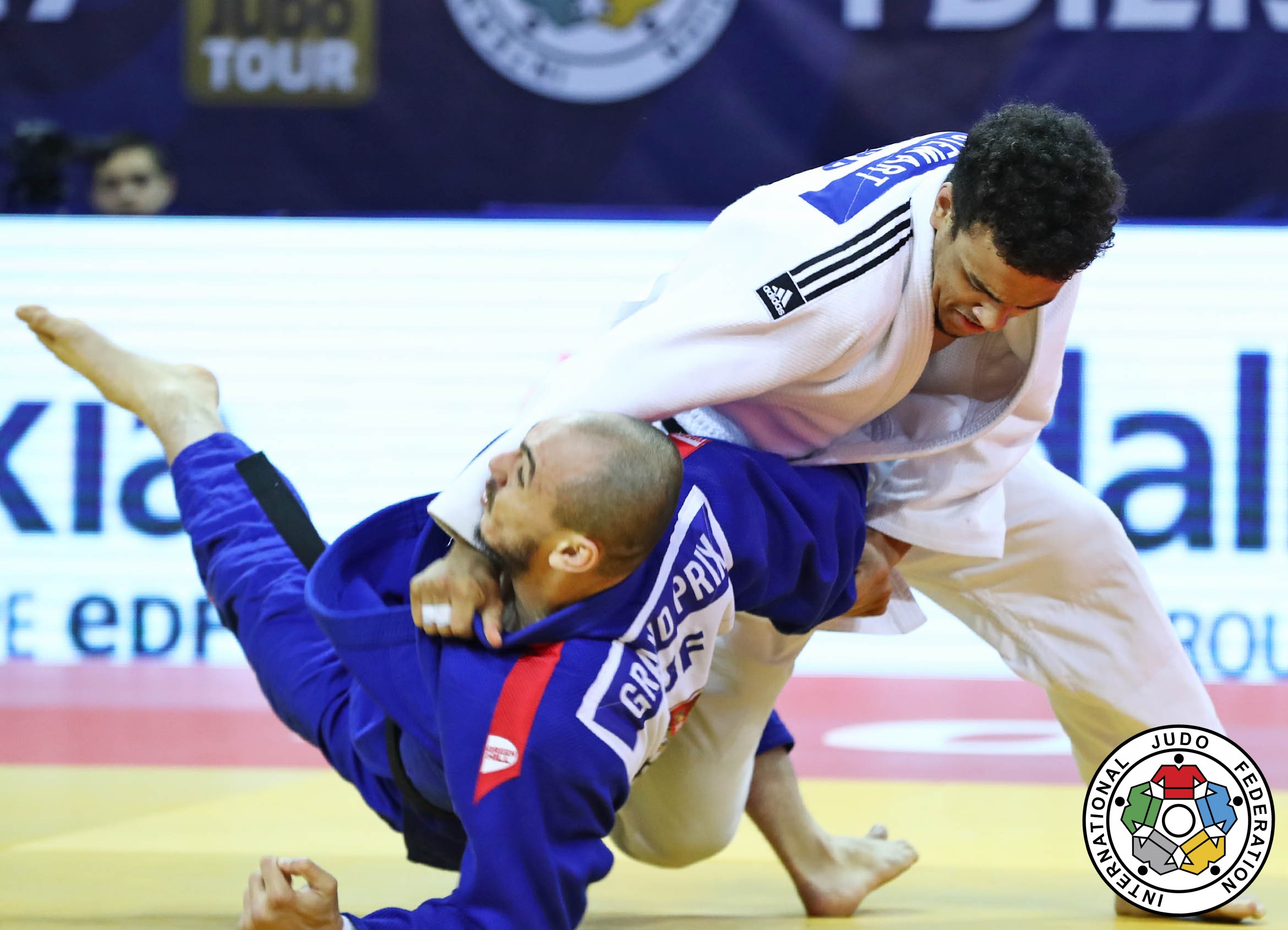 It was again a near miss for GB Judo at the Tbilisi Grand Prix as Max Stewart fell short in the bronze medal contest to leave the team medal-less from the tournament.

All hopes of medal success rested on the shoulders of young Stewart as the Birmingham judoka, seeded No.1 for the -90kg competition, was the final British competitor left to compete.

He received a bye in the first round of the competition meaning he would have to wait to find out his 2nd round opponent. It turned out to be Georgian Archili Gogashvili, competing in his home tournament. Stewart was able to score with a waza-ari to give himself a slender lead and he looked to make a transition into newaza and looked to hold Gogolashlivi down for the count but the referee thought otherwise and ruled that the Georgian’s leg was not locked. This however was enough to run the clock down and give Stewart his first victory of the day and a Quarter Final berth.

His semi final opponent, Peter Zilka from Russia defeated the 9th seed Hamed Rashidi to progress to the QF and would prove stiff opposition. Zilka won a silver medal at the recent Katowice European Open which represented his best placed finish in senior competition. Stewart attempted a number of times to hook Zilka’s ankle but the Russian did enough to stay on his feed. As a result though, Zilka was awarded a shido for defensive play. Stewart applied more pressure as time went on and Zilka couldn’t keep pace with the 23 year old and was eventually disqualified for a second and third shido.

Stewart would encounter another Russian in the semi final, in the shape of (eventual Gold medal winner) Stanislav Retinskii. It was the first meeting between the two in competition and it was Retinskii who would claim the win. Stewart controlled the opening two minutes of the contest as the Russian began to get frustrated at his lack of opportunity. This resulted in him being awarded two shidos. Retinskii grew into the contest however and began to control the sleeve in their grapples. It went all the way to Golden Score and Stewart could count himself unlucky with the referee’s decision as Retinskii was awarded a waza-ari, much to the dismay of Coach (and Dad) Dennis Stewart.

This dropped Stewart into the bronze medal contest where he would come against another Georgian, this time Ushangi Margiani. Margiani was able to score a waza-ari against Stewart, as he struggled to build momentum to get the score he needed to even the scoreline. Both fighters were awarded shidos in the remaining minute of the contest as Stewart gave his best to turn things around, but simply ran out of time.

A fifth placed finish for the 23 year old which matches his best result that he achieved at the Paris Grand Slam in February, as he continues to build his experience of competing at senior level competition.

Fifth Place for Smythe-Davis and Livesey in Tbilisi

Social Media Round-Up: 27 March – 02 April Scroll to top
Select the fields to be shown. Others will be hidden. Drag and drop to rearrange the order.
Click outside to hide the compare bar
Compare