You are here: Home / Events / EYOF Bronze for Josie Steele 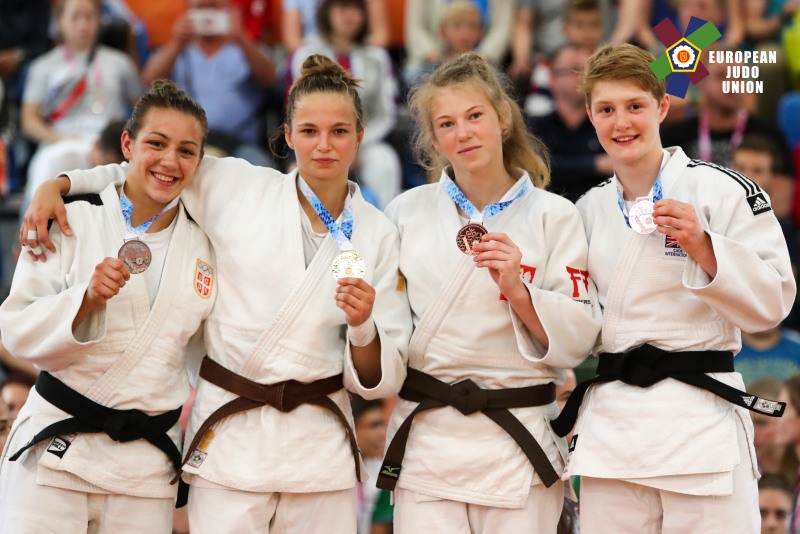 The Highland Budokan judoka made a solid start as she beat Paula Gliga (ROU) by waza-ari. However, in the next round she lost a close contest to Slovenia’s Kaja Kajzer by waza-ari and dropped into the repechage with three wins needed to secure a medal rostrum finish. 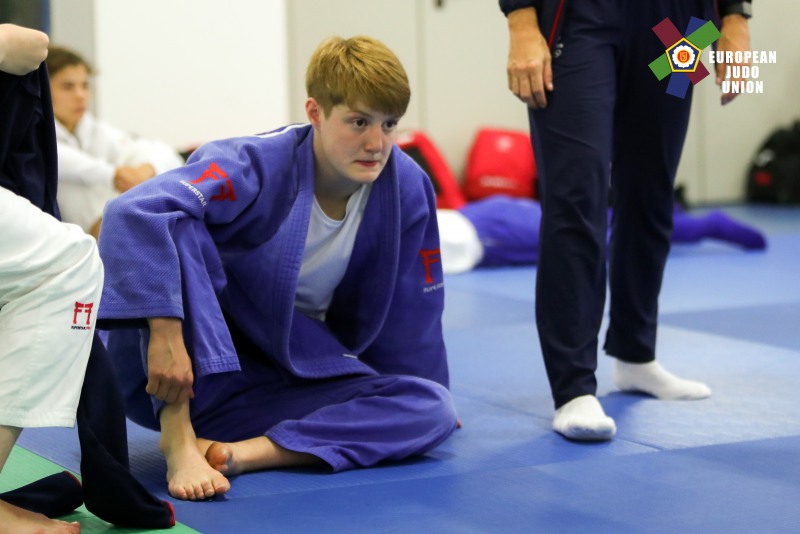 First up was Manon LeCharlier and the British fighter dominated the contest as she went ahead by three waza-ari through a mix of tachiwaza and newaza. She finished the contest off in the final thirty seconds as she forced the Belgian judoka to tap on the ground.

The repechage final contest with Alexandra Maroti (HUN) was a real test of Steele’s fitness and determination. With no scores to separate the two judoka, the contest went into golden score and after almost three further minutes it was the British judoka who secured the win by waza-ari.

Renata Zachova was next up in the bronze medal match and the Czech judoka looked strong from the start as she dominated the early exchanges. Steele did well to not go behind and with just over a minute on the clock, a superb Laats takedown threw her opponent for ippon and secured Steele’s place on the medal rostrum.

Seventh for Hacker-Jones at EYOF

GB Judo Preview: 29-30 July 2017 Scroll to top
Select the fields to be shown. Others will be hidden. Drag and drop to rearrange the order.
Click outside to hide the compare bar
Compare