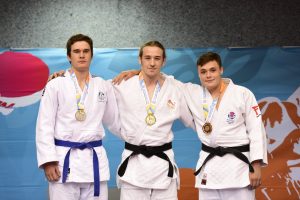 Holly Bentham (-70kg) and Thomas Lish (-90kg) kicked things off with dominant performances in their respective weight categories. Both judoka won each of their contests by ippon and Lish was joined on the medal rostrum by Scotland’s Louis Saez, who picked up bronze. 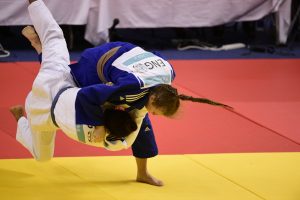 Holly Bentham throws for ippon on her way to gold

“I’m really excited and proud to have claimed the first England medal of the Games.  Winning was an amazing feeling but despite the tough competition I’m pleased I came through.” said a delighted Lish. 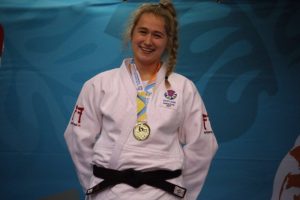 Emily Ritchie on the medal rostrum

Speaking afterwards to Team Scotland, Ritchie said: “That was amazing. The fact that it is the first Youth Games with my sport in it and that I am one of the first gold medallists in the event is an amazing feeling. It felt amazing stepping out on to the mat, representing the whole of Team Scotland.”

-48kg and -57kg saw England and Scotland fighting it out for gold. Current Junior British champion Sian Bobrowska got the better of Fiona Todman to take home -48kg gold. Bobrowska impressed during the day winning each of her contests by ippon. The -57kg final also went the way of England with Leah Grosvenor proving too good for Emma Forrest. 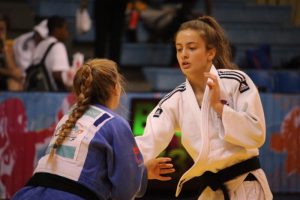 Emma Forrest in action at -57kg 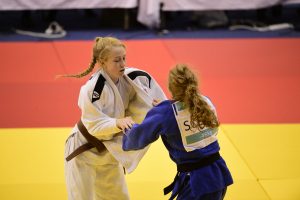 CHECK OUT HIGHLIGHTS FROM THE COMPETITION BELOW

2017 National Senior Examiners Conference Scroll to top
Select the fields to be shown. Others will be hidden. Drag and drop to rearrange the order.
Click outside to hide the compare bar
Compare