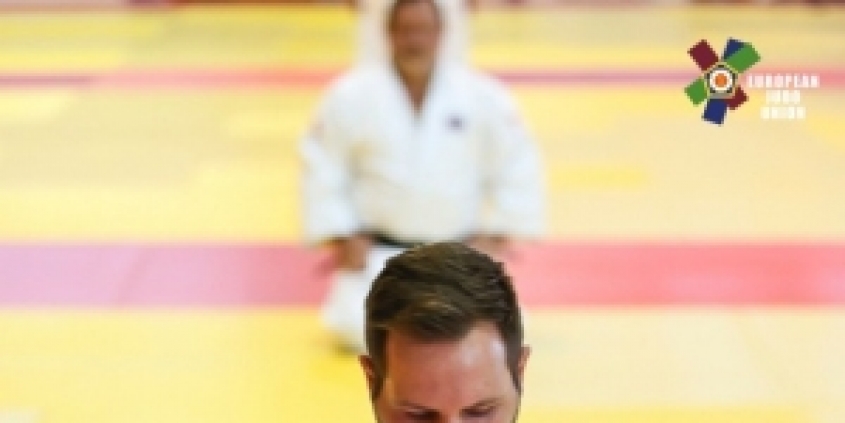 The father-son duo of Robert and Ricky Cleevely finished eighth at the 2016 European Kata Championships in Olbia, Italy on Saturday 21 May.

Competing in Group 2 of the Kime No Kata category the St Albans Judo Club pair picked up 452 points, an improvement on their 425 points from 2015.

However it was not enough to put them in the medals with pairings from Spain, Belgium and Italy taking the top three spots.

Meanwhile over in Spain, British junior judoka picked up five medals at the La Coruna Junior European Cup on Saturday 21 and Sunday 22 May.

Stephanie Walker (-52kg) started things off with bronze on the Saturday as she came through the repechage to defeat Italy’s Valentina Tomaselli in the medal contest as a single yuko proved the difference.

On Sunday it was a chance for the middle and heavyweights to go for gold. Rachel Tytler (-78kg) was one of three British judoka to reach a final however a single yuko score to Canada’s Mina Coulombe saw her pick up silver.

Rhys Thompson (-100kg) also picked up silver as he claimed his second Junior European Cup medal of 2016. Thompson had come through golden score in his semi-final however he was unable to trouble the scoreboard in the final as Davide Pozzi (ITA) took gold.

In the +100kg category there was an all-British semi-final as Valentino Volante and Wesley Greenidge faced off for the first time since the 2016 Scottish Open and once again it was Volante who took the contest this time on shidos.

Volante however lost out in the final to Irinel Vasile Chelaru Grigoras (ESP) while Greenidge scored twice while also forcing his opponent Vasco Rompao (POR) to pick up four shidos to secure bronze.

British junior judoka will next be in action this weekend at the Liebnitz Junior European Cup in Austria on 28-29 May.

Yellow Belt Challenge on TRTWorld Scroll to top
Select the fields to be shown. Others will be hidden. Drag and drop to rearrange the order.
Click outside to hide the compare bar
Compare