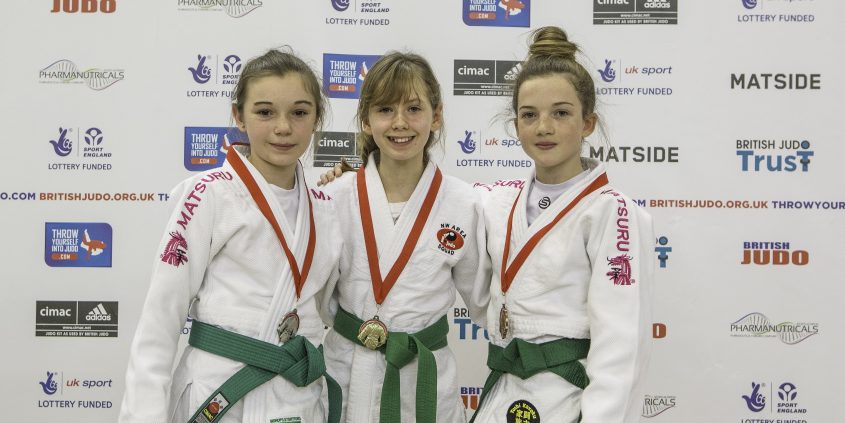 There were many potential future judo stars crowned at the recent British Championships, but none shone brighter than that of Amy Bundy! 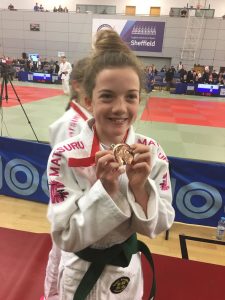 Amy, 12, underwent surgery at just six months of age to receive an artificial valve and larger arteries for her tiny heart, and 12 years later she successfully won a bronze medal at the Pre-Cadet British Judo Championships.

As a result of her podium finish, she has always been selected to represent the England Judo squad, and will train once a month as one of the youngest judoka in the programme for her weight category.

“I can’t believe it. I could be really ill but I’m here doing judo and I’m in the National Squad. It’s unbelievable” Amy explained.

Amy’s proud mum Nicole, was expecting a healthy baby when she gave birth to Amy but soon after, Amy became very poorly.

Nicole said: “She had a hole in her heart and she was missing the main artery 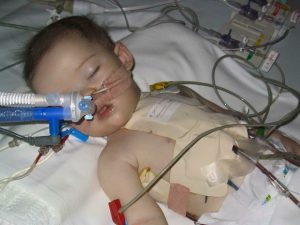 from her heart to her lungs”.

“She also had low oxygen levels, and problems with her arteries from her lungs. They had to be reconstructed”.

Amy was officially diagnosed with pulmonary atresia with ventricular septal defect and multifocal pulmonary blood supply and her prospects of survival were weak.

Little Amy was a born fighter however and defied all odds during an eight hour surgery, which included a complete reconstruction of her arteries, mending the hole and giving her a new artificial valve.

Following the successful surgery, Amy began to thrive and grow just like any other child of her age and at the age of seven, she took her first steps on the judo mat! Amy went to her first judo class and it was obvious that she had found her passion. 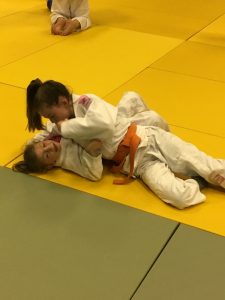 She took inspiration from father Steve Bundy, a black belt in judo, who currently coaches her at Toshi Kazoku Judokwai Judo Club in Barking.

“It’s amazing what she has battled through at just 12 years of age” said Steve.

“It was a scary time when she initially showed an interest in taking up judo. We didn’t really know how her body would react. It’s in the back of your mind all of the time.”

“Twelve years ago, we didn’t think she would be alive, let alone being selected for the National Judo squad!”

Tell Us Your News!

Dan Grade Promotions – December 2016 Scroll to top
Select the fields to be shown. Others will be hidden. Drag and drop to rearrange the order.
Click outside to hide the compare bar
Compare