You are here: Home / GB Judo / Baku Gold For Schlesinger 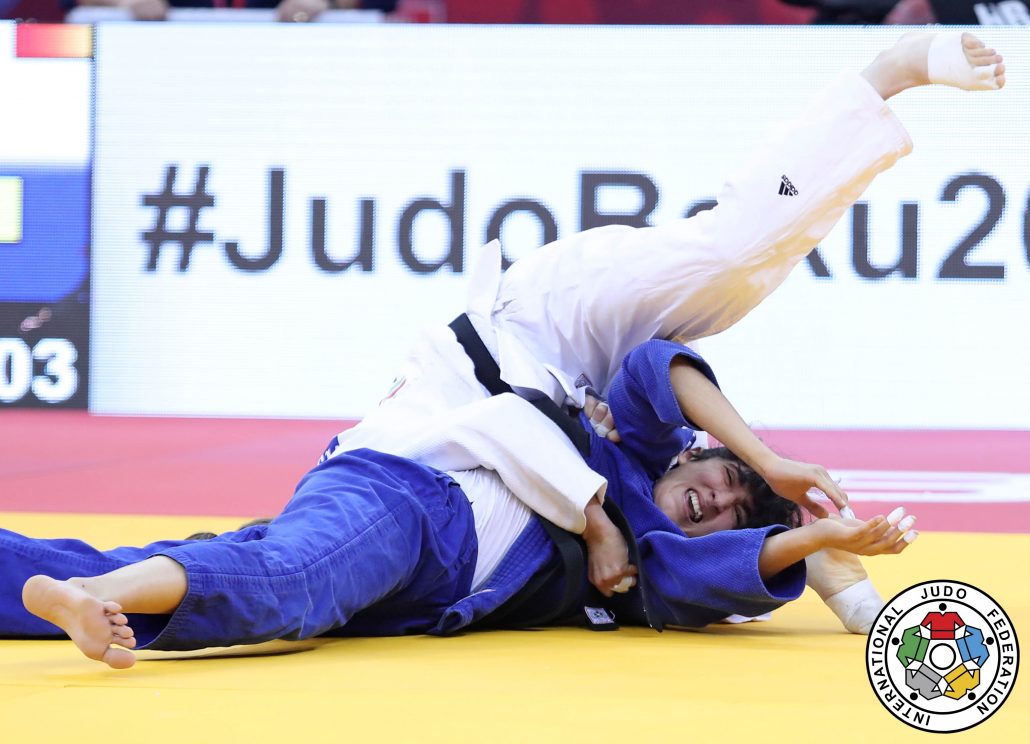 Alice Schlesinger made a welcome return to international competition in 2017 with gold at the Baku Grand Slam on Saturday 11 March.

The -63kg judoka was competing for the first time this year after withdrawing from the Paris Grand Slam and Dusseldorf Grand Prix due to illness and injury. However, she made up for lost time with an efficient day’s judo in the Azerbaijan capital as she added a second Baku title after her gold here last year.

In a reduced field Schlesinger went straight into the semi-finals as top seed and completely outclassed Khanim Huseynova (AZE). The British judoka threw her opponent for waza-ari three times before securing osaekomi to finish the contest by ippon.

In the final she was up against up and coming Slovenian Andreja Leski but Schlesinger’s superior experience and physicality told. Leski struggled to match her opponent with Schlesinger close to scoring early on. It still took some great transition work from Schlesinger to win the contest as she was able to secure the armlock and force Leski to tap.

As well as adding another Grand Slam medal to her collection, this result will give the British judoka 1000 world ranking points.

GB Judo Weekend Review: 11 – 12 March Scroll to top
Select the fields to be shown. Others will be hidden. Drag and drop to rearrange the order.
Click outside to hide the compare bar
Compare