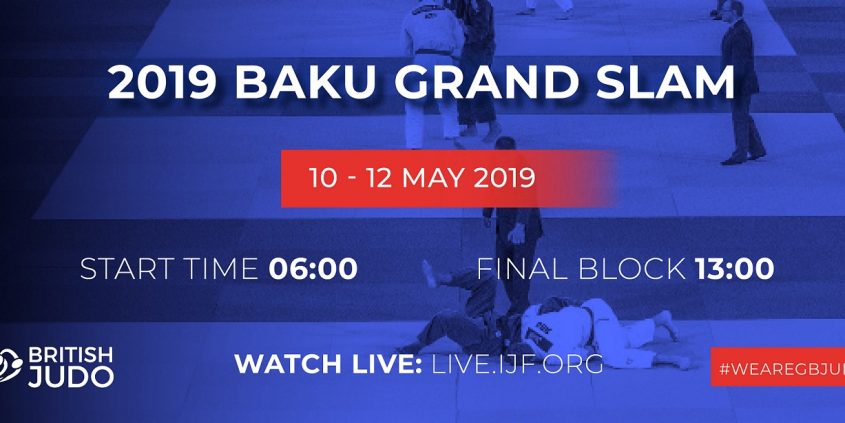 After a long break in competition for Britain’s Performance squad that has included training trips to Japan and France, the IJF World Tour swings into Azerbaijan for the Baku Grand Slam.

With no athletes competing on Friday for GB, attention turns to the middleweight women as the likes of Amy Livesey and Lubjana Piovesana compete in the -63kg competition. This weight category is arguably one of Britain’s strongest with four athletes ranked inside the World’s top 30.

Piovesana has been in sterling form on the mat so far in 2019 with placings in all three of her competitions with her best medal performance coming at the Sofia European Open in which she claimed a silver medal. This has been added to with a Fifth place at the Dusseldorf Grand Slam and Bronze at the Marrakech Grand Prix. She will have hopes of progressing through the opening round as she takes on Poland’s WRL55 in the form of Karolina Talach.

Livesey’s Bronze medal at the Antalya Grand Prix has propelled her back in the World’s Top 20. She will be looking for a strong performance in Azerbaijan to cement her place and close the gap on Lucy Renshall (WRL 14) and Alice Schlesinger (WRL 18). She will take on Israel’s World No.30 Gili Sharir in the opening round of the competition.

Stuart McWatt has shown glimpses of his potential on the world stage throughout his career in the -81kg competition. Injury has curtailed the opening years of his short journey to date but he has now been injury-free for the best part of eight months so will be looking kick on and progress up the rankings. The -81kg competition will be a busy one over the weekend with 48 athletes entered including current World No.1 Frank de Wit from the Netherlands. McWatt will take on Brazil’s Eduardo Yudy Santos in the opening round with Canada’s World No.15 Antoine Valois-Fortier awaiting the Scot in the second round.

Gemma Howell (-70kg) has had an injury ravaged last eight months and had to curtail her year early in September. She did not display any signs of rustiness in her return to the mat in March of this year with victory at the Prague European Open. She will be looking for a positive result in her first IJF competition since last May. Brazil’s Ellen Santana will try to stop the young Brit in the opening round.

Max Stewart and Jamal Petgrave will both be looking to impress in the -90kg competition. Petgrave is yet to medal on the World Tour to date and Stewart’s last podium finish came in his sole Grand Prix victory at Qingdao in November 2016.  Petgrave will take on Uzbekistan’s Shakhzodbek Sabirov in the opening stage with World No.2 Krisztian Toth lying in wait for the winner. Stewart has received a bye and could potentially take on World No.29 Mikail Ozerler in the second round.

The -78kg category continues to show why the future is bright for GB with Jemima Yeats-Brown and Natalie Powell both tackling the world’s best this weekend. Yeats-Brown continues to prove the doubters wrong at this weight category. Her dogged determination and will to succeed has turned her into a fan’s favourite on the tour. An incredibly strong finish to 2018 and a consistent start to 2019 has seen her climb the rankings and enter the top 30.

Powell on the other hand, has been a regular in the top five of the world for the past couple of years. She has been the most consistent performer on the squad, placing in every competition since the World Championships in September with her last medal coming at the World Masters in December. Yeats-Brown will be given a stern test when she takes to the mat on Sunday as faces off against Kosovo’s World No.14 Loriana Kuka. Powell has received a bye in the opening round and will await the result of the first-round contest between Bernadette Graf (AUT) and Klara Apotekar (SLO).

Sarah Adlington (+78kg) will make her sixth appearance of the year in Azerbaijan as she looks to medal for the first time since June last year. She will be seeded number seven for the competition with Brazil’s Maria Suelen Altheman top seeded. She knows her opening opponent, Kseniia Chibisova very well having met the Russian in competition five times previously with Chibisova currently owning a 3-2 record over the Brit, winning their previous three contests. Their previous match up came back in October 2018 with the Russian coming out on top. 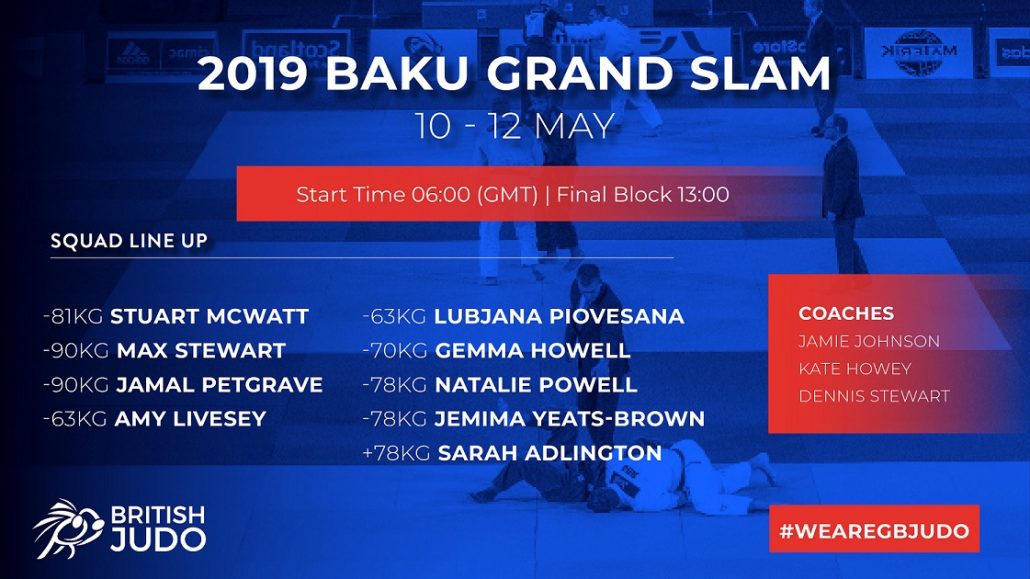 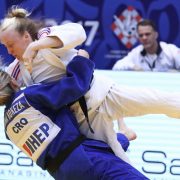 2019 Baku (AZE) VI Grand Prix Preview Scroll to top
Select the fields to be shown. Others will be hidden. Drag and drop to rearrange the order.
Click outside to hide the compare bar
Compare