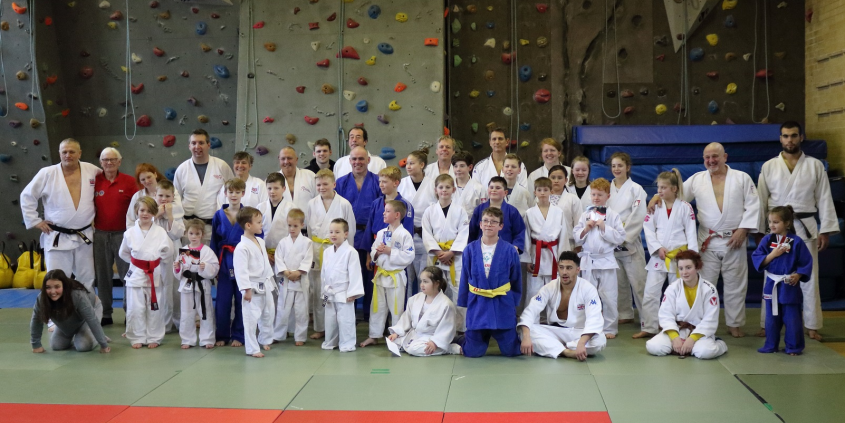 Westerleigh Judokwai have been shortlisted in the Club of the Year category at this year’s prestigious Sussex Sports Awards. The ‘Club of the Year’ award is the only award to be decided by a public vote.

Westerleigh Judokwai is a mainstream and special needs judo club that was founded in 1995 by two brothers, Paul and Chris Everest. Since that date the club has grown and now caters for over 120 athletes from the age of 5, 35% of which have disabilities. Westerleigh were awarded the Queens Award (equivalent to a group MBE) in 2015 and remain the only club within the BJA to receive such an award!

Westerleigh also do great work in their local community, supporting many families with disabled children by sign posting to services that may be of benefit and they offer networking support with other parents.

This year Westerleigh have had huge success on the mat, with 20 athletes travelling to Holland to participate in the Pan Disability European and World Championships, returning to the town of Battle with 28 medals, including four World Champions and seven European Champions.

Westerleigh’s athletes have competed all over the globe competing in many different competitions including Commonwealth Championships and the World Championships which were held in Marrakesh, Morocco.

The club also takes part in numerous fundraising events throughout the year – including a team taking part in the Westminster mile, supporting two athletes to complete it with their walking frames. Westerleigh will shortly be fundraising to purchase their own premises, as they potentially will not have a venue next year, their ‘Million Pound Appeal’ will be announced shortly.

To vote for Westerleigh to be crowned Club of the Year, please visit: ssa19.club

Funding of up to £2,500 for judo sector women available Scroll to top
Select the fields to be shown. Others will be hidden. Drag and drop to rearrange the order.
Click outside to hide the compare bar
Compare
Wishlist 0
Open wishlist page Continue shopping