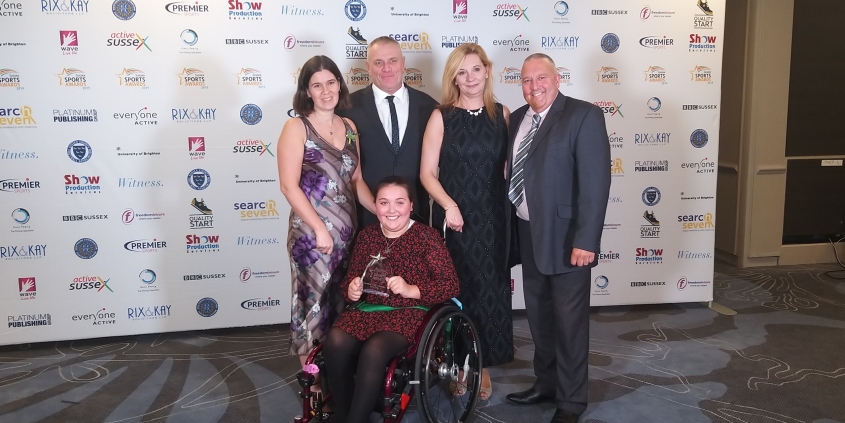 The Sussex Sports Awards is one of the most prestigious evenings in the Sussex sporting calendar and took place at the Hilton Brighton Metropole, on Friday 22 November.

Westerleigh Judo Club were nominated for Club of the Year and member Isabelle Everest for Sports Personality of the Year. Isabel was up against 2 others in her category, 1 from trampolining and 1 from Sailing and Athletics but famous legend of British sport, Kriss Akabusi MBE announced Isabelle the winner of the award detailing her outstanding contribution to sport and positive attitude to life put her at the top of her category.

Isabelle has Cerebral Palsy which affects her movement and co-ordination and is caused by a problem with the brain that occurs before, during or soon after birth. She underwent leading edge ‘guided growth’ surgery in February 2014 which included having metal work inserted in the front part of her thighs, which, overtime, straightened her knees. Two years later Isabelle had further surgery to remove the metal and realign her feet and then had intensive physiotherapy to strengthen her weak muscles. If Isabel hadn’t had the surgery, she would be completely dependent on a wheelchair but now instead, can get around more easily. 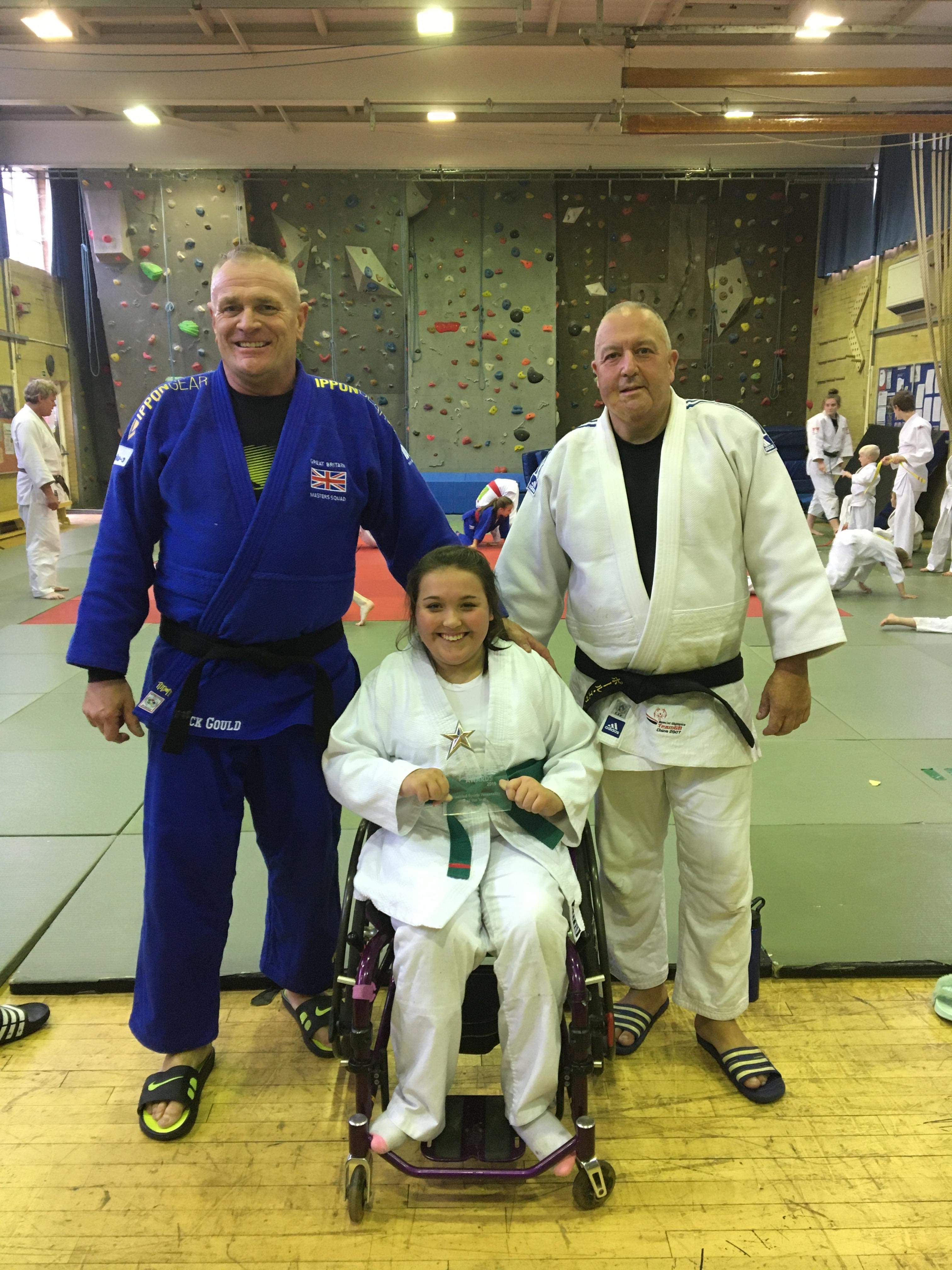 Isabelle was thrilled to be given the top award: “I developed an interest in sport from my parents, who run Westerleigh Judo Club and I have been competing since I was 5. When I was little, my parents told me I could do anything I want, I would just have to find a different way of doing it, and that’s exactly what I have done. I became the Pan Disability European Judo Champion in 2017, just a year after my surgeries and I retained my title in 2018.

“Unfortunately, this year I came away with silver, but I will be competing again next year so hopefully I will be able to win gold again.”

“The Sussex Sports Awards evening was so much fun, and I am so pleased I won. I was feeling really nervous, but I want to show others, I am not just a girl in a wheelchair, I’m not just the disabled child, the one with cerebral palsy. I am me, Isabelle Everest, Pan Disability European Judo Champion, Sussex Sports Award winner for Disabled Sports Personality of the year and one day – Dr Isabelle Everest, paediatric specialist.”

Timetables Now Available For 2019 British Championships (Pre-Cadet & C... Scroll to top
Select the fields to be shown. Others will be hidden. Drag and drop to rearrange the order.
Click outside to hide the compare bar
Compare