You are here: Home / Events / University judoka going for European glory in Coimbra 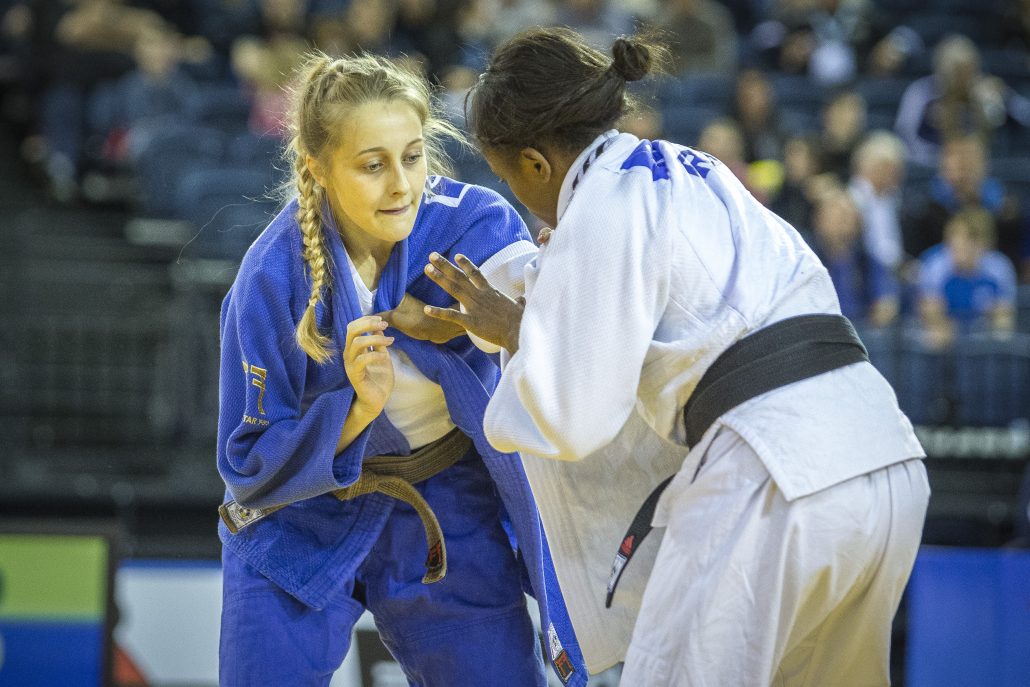 A number of GB Judo internationals will be going for gold at the 2017 European Universities Judo Championship in Coimbra, Portugal from Wednesday 26 and Thursday 27 July.

Current Junior British -52kg champion Olivia Piechota will be looking to add another medal to her collection. Representing Coventry University, the 19 year old is in good form having won bronze at the Paks Junior European Cup two weeks ago. She will be joined at -52kg by 2017 English Open champion Julia Scardone who is representing the University of East London (UEL).

Oxford University’s Rachel Wheatley and Jessica Gordon-Brown (Brighton University) will be on the mat at -57kg while Gwenlian Northall represents Cardiff Metropolitan University at -63kg.

At -78kg, current British silver medallist and Scottish Open champion Emma Reid will be aiming to make it two medals for Coventry. Kate Saunders (University of St Andrews) rounds off the British representation in the female weights at +78kg.

York St John University will be represented by Aaron Hales at -60kg while there’s two British judoka in the -66kg category. Kieran Davin (Royal Holloway, University of London) and Billy Goldsmith (Anglian Ruskin University) will aiming to make it a British one-two in that weight.

Adam Adaman is the second Anglian Ruskin judoka stepping on the tatami in Coimbra, fighting at -81kg while Peter Vincent will be going for gold at +100kg for the University of Hertfordshire.

Competition starts at 1100 Local and UK time on both days with live coverage via: https://www.eusa.eu/media/video

Seventh for Hacker-Jones at EYOF Scroll to top
Select the fields to be shown. Others will be hidden. Drag and drop to rearrange the order.
Click outside to hide the compare bar
Compare