You are here: Home / Association news / UEA Judo going from strength to strength 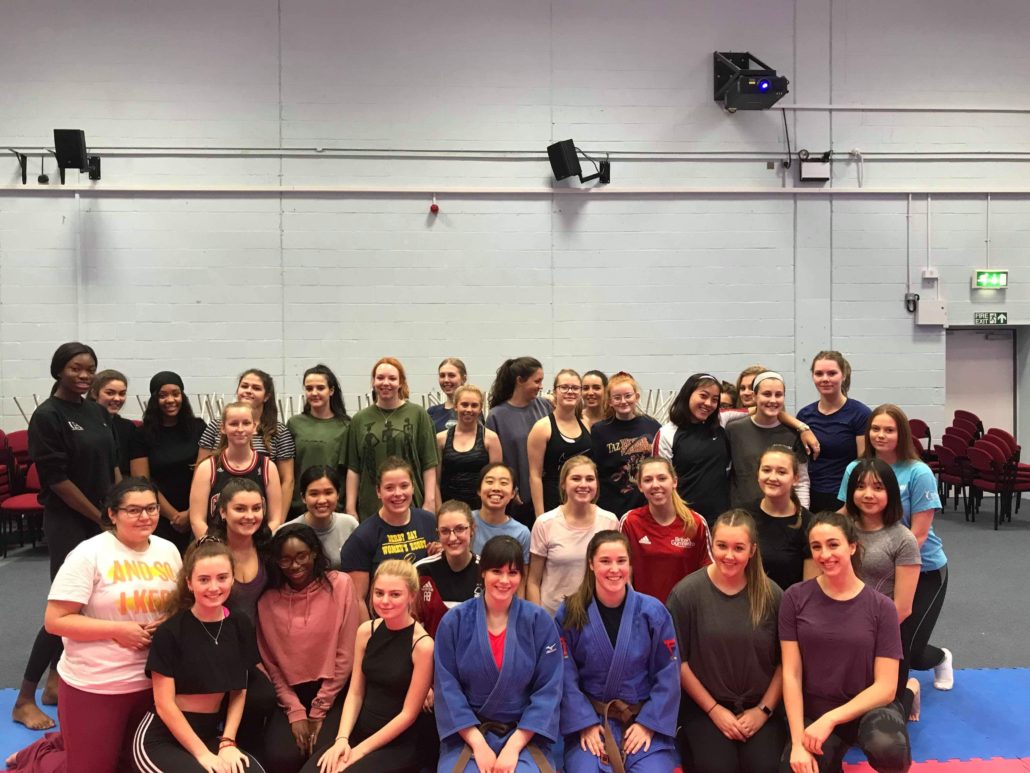 The club started off as more of a recreational club due to many players being novices who picked up the sport at university as they fancied trying a martial art.

However, with only one qualified coach at the time (current president Anouk Sprckelsen-Brown) it limited competition options. However, during Sprckelsen-Brown’s time as President she has mentored two club members through their BJA Level 1 Coach Awards.

As a result, UEA Judo has been able to become a more competitive club.

They have had recent success at a couple of regional competitions, particularly Littleport which saw three of their members compete for the first time with two of them medalling.

They club made their debut at BUCS in 2018 and hope to compete in BUCS next year with a full team of players ranging in grade and experience.

At the end of the previous academic year, UEA Judo won the UEA+Sport Progress Award for Participation 2018, and Anouk Spreckelsen-Brown won the UEA+Sport Runner-up Student Coach of the Year 2018 at the UEA Sports Awards.

Every year UEA holds a series of sports activities for the week of This Girl Can. Last year UEA Judo participated by hosting an open session.

This year, due to the success of last year, UEA Sport Department decided that instead of the club just hosting an open session, they wanted UEA Judo to lead a series of three Judo orientated self-defence classes.

These were incredibly successful, seeing attendance of 120 women across three one-hour classes. The classes looked at how you would deflect a punch to then throw your attacker before going on to demonstrate a couple of drills to move your attacker away from you and escape.

During the evening the club even picked up one new member as a result, a fellow student who had always wanted to try Judo but been a little timid.

Developments for the new year are as follows: promote a club member to qualified welfare officer; compete in BUCS and other local competitions; continue to work with the UEA Sport Department to put on self-defence sessions to promote initiatives and judo and successfully hold their second grading of the year (the club itself averages two gradings per academic year).

“Under the current club President Anouk Sprckelsen-Brown the club has gone from strength to strength boasting 49 current BJA members, with 30 joining this year.

“It is becoming the area’s fastest growing club, they hold regular gradings, enter local and National competitions and engage in many University activities such as Ladies self-defence classes.

“Recently two of the members have gained their BJA coaching awards, adding to a well-organised coaching team and committee.”

Rainbow Laces 2018: Stefan Newbury Blog Scroll to top
Select the fields to be shown. Others will be hidden. Drag and drop to rearrange the order.
Click outside to hide the compare bar
Compare
Wishlist 0
Open wishlist page Continue shopping