You are here: Home / Events / Third round exit for McKenzie at 2018 World Judo Championships 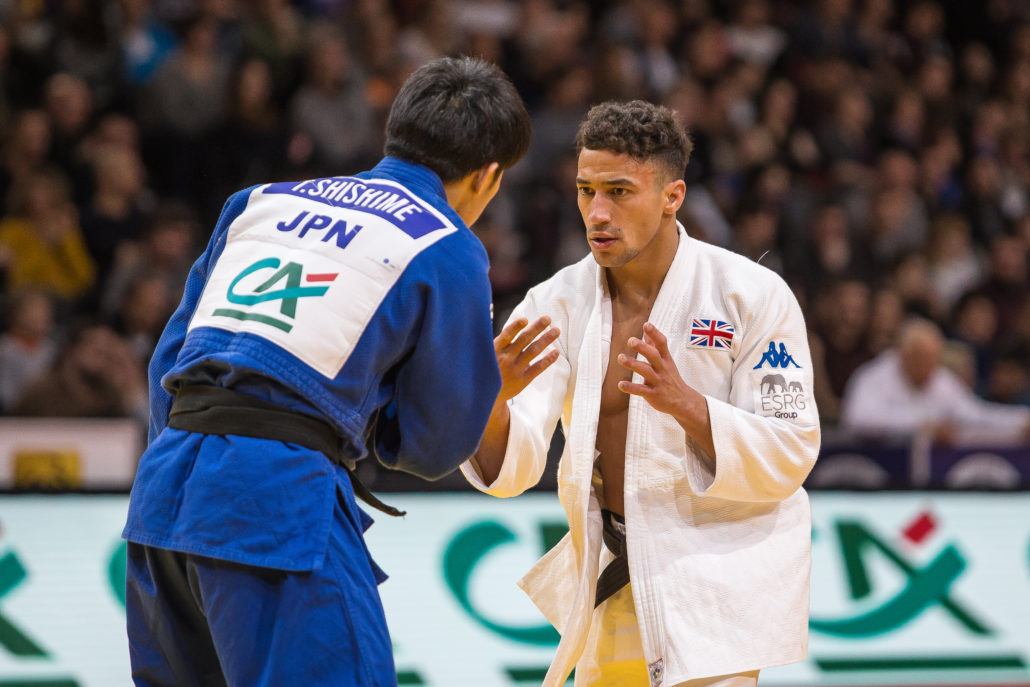 Ashley McKenzie suffered an early exit on day one at the 2018 World Judo Championships in Baku on Thursday 20 September.

The Camberley judoka has been in fine form over the last 18 months and went in as one of the top seeds at -60kg.

McKenzie got a bye into the second round where he faced Bekir Ozlu of Turkey.

The British judoka had faced Ozlu four times before today and while the Turkish fighter had a 3-1 record going into the contest, McKenzie had beaten him at the Olympics Games in Rio.

McKenzie made the better start and soon forced Ozlu into picking up a shido for passivity.

However, McKenzie then picked up a shido himself for failing to grip up and not long after a Ozlu forced the British fighter into getting a second shido.

McKenzie responded well though and put in a good attack that almost led to a score for the British fighter.

Ozlu though picked up a lower leg injury and was forced to withdraw from the contest.

Next up for McKenzie was North Korea’s Yong Gwon Kim. The North Korean was an unknown quantity, but he had impressed in his first contest to beat two-time Grand Prix medallist Adonis Diaz (USA).

It proved to be a pretty even third round contest with neither judoka really able to dominate proceedings.

McKenzie looked to be controlling the grip but found himself a shido down for passivity.

With just over a minute left Kim caught McKenzie with a lightning quick drop morote seoi-nage to win the contest.

“I am disappointed in the result today. I thought I could get a medal. The draw opened up for me as well, I had a good draw.

“As soon as I beat Ozlu I thought that’s definitely me in semis or the quarters against one of the Japanese you know.

“But judo don’t always go the way you want it to you know.”

.@Ashleymckenzi12: “I am disappointed in the result today. I thought I could get a medal. But judo don’t always go the way you want it to you know.” #WeAreGBJudo #JudoWorlds2018 pic.twitter.com/ugMvjI2AZk

Tomorrow will see Chelsie Giles make her World Judo Championships debut as the -52kg judoka takes on Azerbaijan’s Buyankhishig Purevsuren in the first round.

Competition starts at 0700 UK Time with live coverage via @BritishJudo on Twitter and live.ijf.org. Full draw is on ippon.org and final block will be broadcast via Eurosport UK and online via BBC Sport.

Second round exit on debut for Chelsie Giles in Baku Scroll to top
Select the fields to be shown. Others will be hidden. Drag and drop to rearrange the order.
Click outside to hide the compare bar
Compare