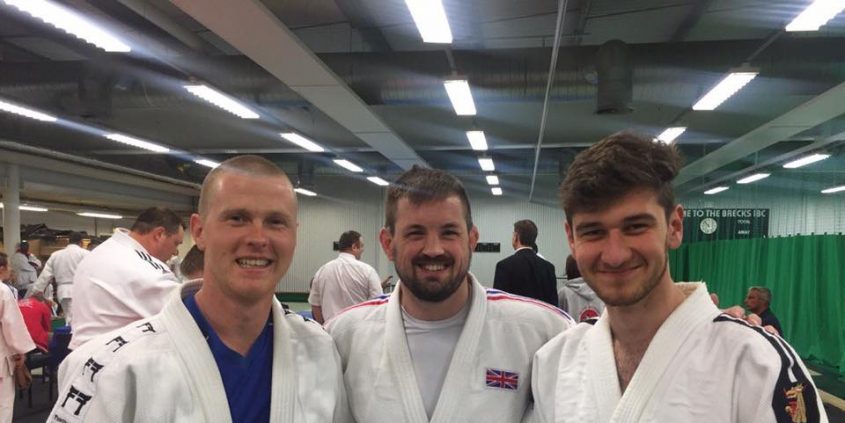 Work has been underway with a number of club officials to organise and stage an annual judo team league throughout the UK and last weekend saw these plans come into fruition.

Expertly led by Denise Oates, the Eastern Area held their second Anglian Judo Team League event with 15 teams entered on the day. The league was split into a top division of six teams, a second tier of four teams and a women’s division consisting of five teams. The weekend was deemed a major success by all athletes and clubs entered on the day.

Congratulations to Ryecroft Judo Club who topped the table in Division One. They successfully edged out Kin Ryu by just three points having beaten them earlier in the day by the narrowest of margins with a 3-2 victory. Kumo finished in the third spot and claimed the bronze medal.

Black Dog Judo Club won promotion to the upper tier following their victory in Division Two. They won all of their matches 3-2 on the day to secure the title.

The most exciting climax of the day however came in the Ladies Division Comberton B Ladies winning a sudden death “fight-off” for the Championships. They finished level with Kin Ryu with 9 points each and a equal total of fights won and lost. Under the competition rules, a weight band was randomly selected and the contest was completed under sudden death rules.

Denise Oates, Organiser, said “Many thank to all who contributed on the day. Win or lose, it was a great day’s judo and helped us progress to the ultimate aim of having four men’s divisions and two ladies division.”

If you are interested in applying for next year’s competition, please keep your eyes out for further announcements when booking is open.

Obituary: John Martinez Scroll to top
Select the fields to be shown. Others will be hidden. Drag and drop to rearrange the order.
Click outside to hide the compare bar
Compare