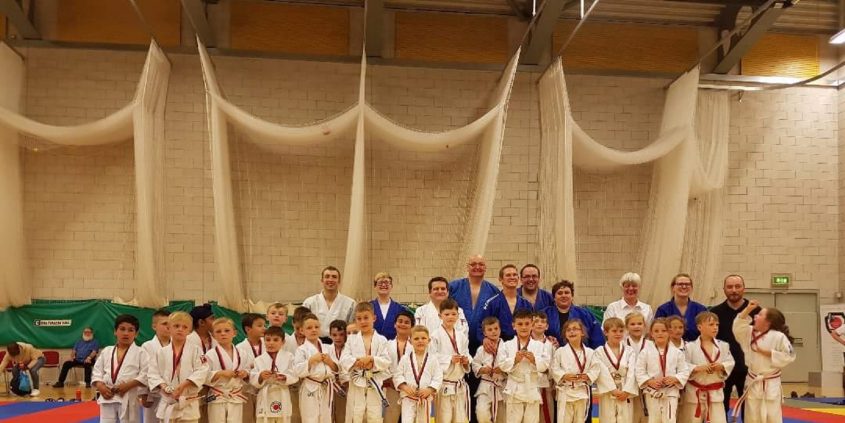 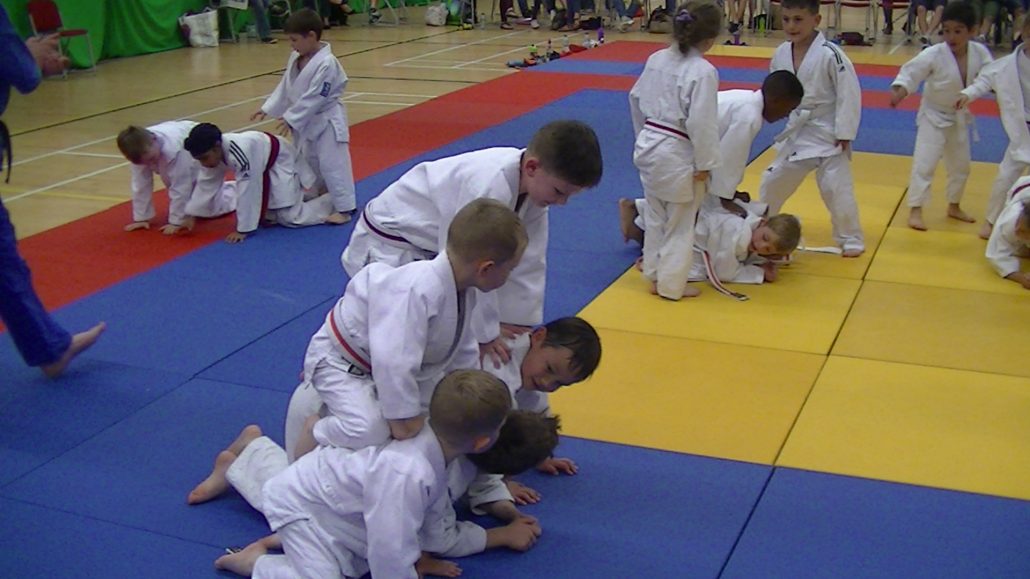 The large sports hall was a delightful setting for the event in which over 50 eager juniors demonstrated a wide variety of techniques and contest skills promising a bright future for British Judo.

Medals were presented by the IJF Grand Prix medallist Max Stewart from Stewart Judo Academy, who has been a major inspiration to the young players.

Younger judoka were catered for throughout with over 31 players and 10 coaches taking part in a judo festival.  Laughter abounded as the players took part in a variety of judo-based games, including Puppy Tails, Snakes and Noodles, which help to develop movement and technique for future adaptation in Judo.  New techniques were demonstrated by Head Coach, Oliver Scarratt, before these were put into practice in Randori sessions supervised by the many assistant coaches on hand.

Jenny Barnes, Tournament Director said “It was great to see so many talented young players at this new venue.  Many thanks also go to the referees and table officials.  We hope to see you all again at future events.”

For more information about Redditch Judokwai, visit their web site at http://redditchjudokwai.co.uk.

Job Vacancy – Performance Welfare Officer Scroll to top
Select the fields to be shown. Others will be hidden. Drag and drop to rearrange the order.
Click outside to hide the compare bar
Compare