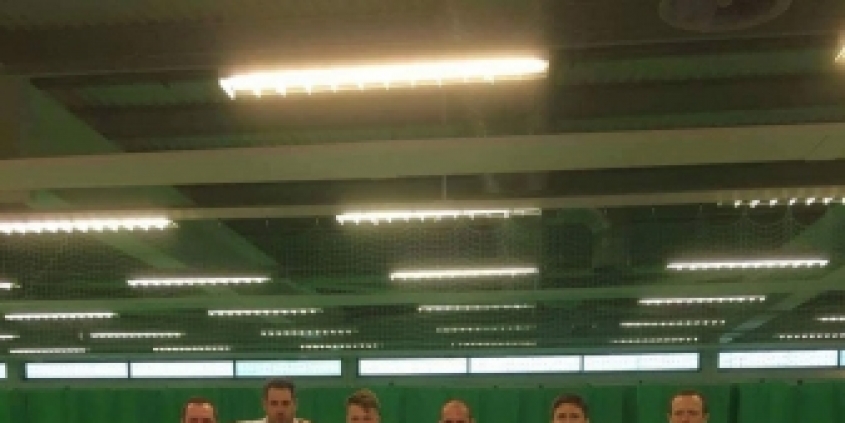 Thank you to Dave Horton-Jones of Norwich Premier Judo Club for sending in the below news story.

The inaugural Club Team League was held at Thetford on 8th May, inviting clubs from all over the UK. Six teams entered including one from Wales.

Norwich Judo club were seeded into the top division and the contests were awarded points similar to the way a football league operates. Coached by Dave Horton-Jones 7th Dan and Club Chairman Nigel Thompson 5th Dan, the team were confident in producing some good performances. Due to the great depth of talent within the club, they were also able to enter a B team.

However the A team, Miles Houghton, Scott Budds, George Borrow, David Aranisi and Alex Heaney managed by Loz Warwick 1st Dan, produced an emphatic performance, sweeping away all opposition winning every contest against five other credible teams, including Bedford in the final. They are now in the Number 1 position of the top league and are already in training to defend their title.

The club operates in a friendly but competitive spirit and both the A and B teams cheered each other on to success. These teams were supported by many of the club players and family.

British Judo’s Eastern Region Delivery Manager, Dave Horton-Jones reported that the future development of the league is to have a tiered system where clubs can find their respective levels, encouraging senior judoka to compete at a level that is appropriate.

Organisers Denise and Howard Oates whose son Colin is preparing for Rio 2016, said the feedback was positive with pressure to deliver other such team events. The area is planning another event in a different style for October 2016.

Denise thanked all those supporting the event with congratulations to winners Norwich Premier and thanks to Lynne Heaney, Club Welfare Officer at Norwich Club, who provided First Aid cover.

Norwich Judo Club comprises of over 65 juniors and seniors, male and female, who practice on:

The club is now aiming to provide lessons for senior and junior female only groups and male/female juniors aged 5-7. 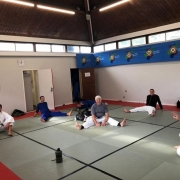 Safeguarding Stars 2016 Scroll to top
Select the fields to be shown. Others will be hidden. Drag and drop to rearrange the order.
Click outside to hide the compare bar
Compare