You are here: Home / Events / Natalie Greenhough to compete at Rio 2016

Great Britain’s Natalie Greenhough will compete in the visually impaired (VI) judo event at the 2016 Paralympic Games following the International Paralympic Committee’s (IPC) decision to suspend Russian athletes from the Games was upheld by the Court of Arbitration for Sport (CAS) yesterday.

Greenhough missed out on direct qualification for the Games originally but as a result of the IPC’s decision was offered an additional place in the -70kgs competition.

Natalie Greenhough will step onto the mat in the Carioca Arena 3 on Saturday 10th August.

“I’m delighted that Natalie has been given the opportunity to compete in Rio”, said British Judo Paralympic Coach Ian Johns.

“She’s been working really hard recently with Paralympic Coach Denny Roberts, and is really excited to be joining the rest of the guys in Brazil”.

The judo event at the Paralympics runs from the 8th-10th September and you can follow all the action on our Rio 2016 Live Blog. 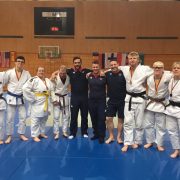 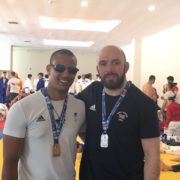 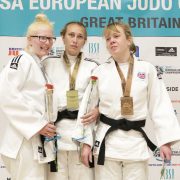 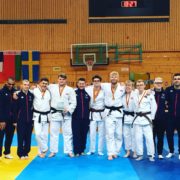 Record Book Statement
Scroll to top
Select the fields to be shown. Others will be hidden. Drag and drop to rearrange the order.
Compare
Wishlist 0
Open wishlist page Continue shopping
We use cookies to ensure that we give you the best experience on our website. By continuing to use our website, you agree to the use of cookies.OKRead our Privacy Policy