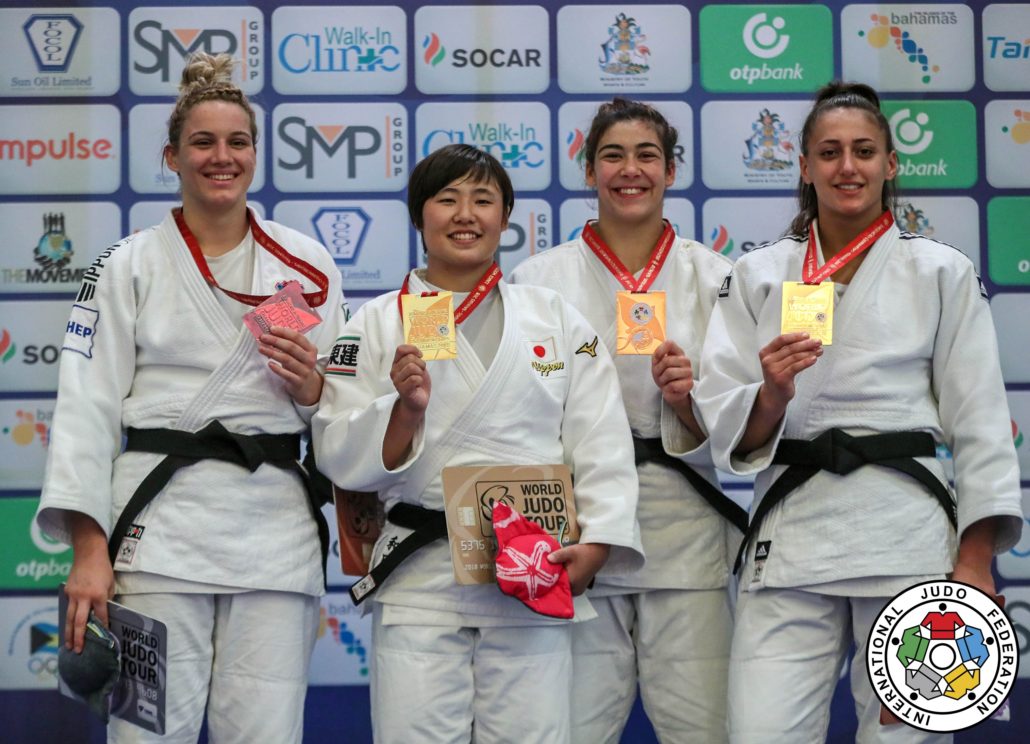 Ludford had only been at the heavier weight category since December 2017. However, she has shown her ability to perform at -78kg with a number of good results in 2018 including Glasgow European Open silver and Kanaus Junior European Cup Gold.

The 19 year old was up against Brazil’s Camila Ponce in the bronze medal fight. The Brazilian had a clear height advantage but Ludford more than held her own against the current Junior PanAmerican champion.

Ludford forced an early shido but also picked one up herself. Ponce looked strong in the tachiwaza exchanges but Ludford was alive to any chances in newaza.

With little over two minutes left Ponce went on the attack but threw Ludford with an armlock. After a bit of deliberation, the contest was awarded to Ludford via hansoku-make.

“I was really happy with my performance today. I went out there and did my judo.

“I was nervous before the bronze fight, but when I was out there I felt fine and just wanted to win that first exchange.

“Colin (Oates) was amazing in the chair and I had great support from my teammates and the coaches all through the day.”

Ludford’s day in Nassau had almost ended in the first round against Belarus judoka Darya Kantsavaya.

After an even start the British judoka was thrown for waza-ari but Ludford continued to work in newaza and was able execute a Pedro Pass and hold down Kantsavaya for ippon. 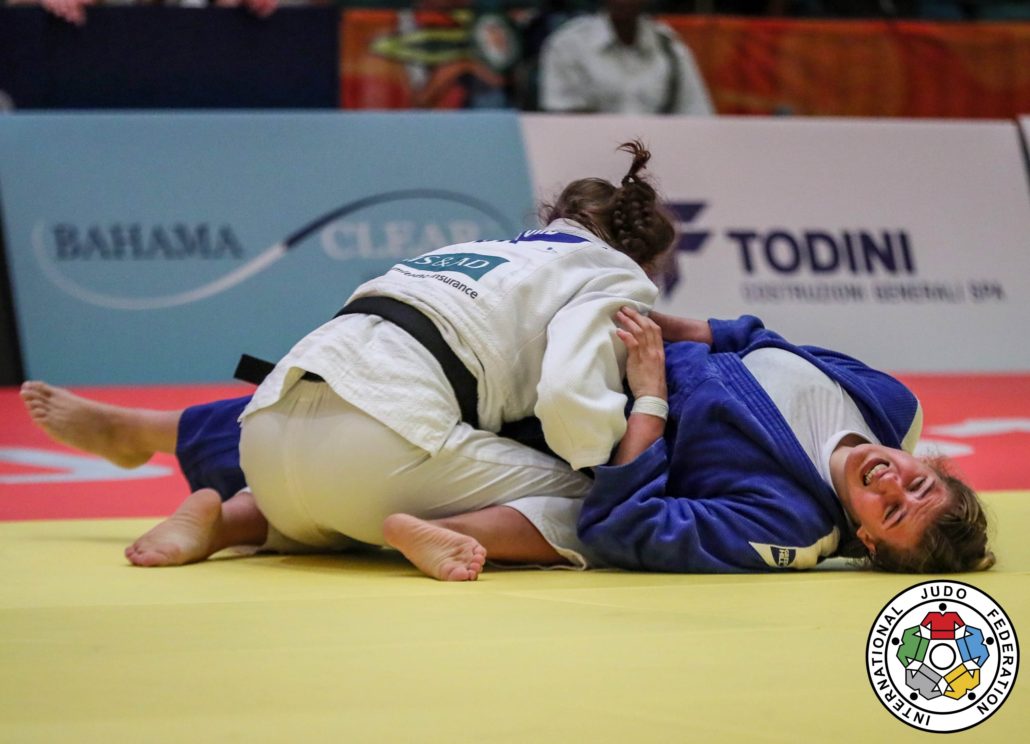 In the second round she was up against Croatia’s Lea Gobec and put in mature and controlled performance against the 2017 Junior European Championships bronze medallist.

Despite getting a shido for a gripping infringement, Ludford continued to outgrip her opponent and forced Gobec into two false attacks in the final minute, both resulting in shidos.

The contest went into golden score where further pressure from Ludford led to a third and final shido against Gobec, this time for touching the leg.

A second Croatian judoka was next up in the quarter-finals, in the form of Karla Prodan. Ludford was unable to impose herself on the contest and Prodan soon took the lead by waza-ari.

A second score followed not long after which meant Ludford dropped into the repechage final where she faced Fanni Toth (HUN).

The British judoka had lost to the Hungarian at this stage of the Junior European Championships in Sofia last month, with Toth going on to win bronze.

This time though Ludford made up for that defeat as she held off a fast start by Toth to start dominating the contest.

Following a number of positive exchanges, Ludford took the lead by waza-ari as she finished off a determined attack.

From there the British fighter controlled the rest of the contest and secured her place in the bronze medal fight.

“Shelley got exactly what her hard work deserves today. All year she has shown fantastic application to the programme and constantly strived to develop her judo.

“Despite being the last GB athlete with a medal chance, she coped tremendously with the pressure and delivered a day of her judo.

“Today she beat a European 3rd placed athlete, a European 5th placed athlete and last year’s Junior World 5th from Croatia. To top it off she beat the Junior PanAm champion for bronze. She should be extremely proud.” 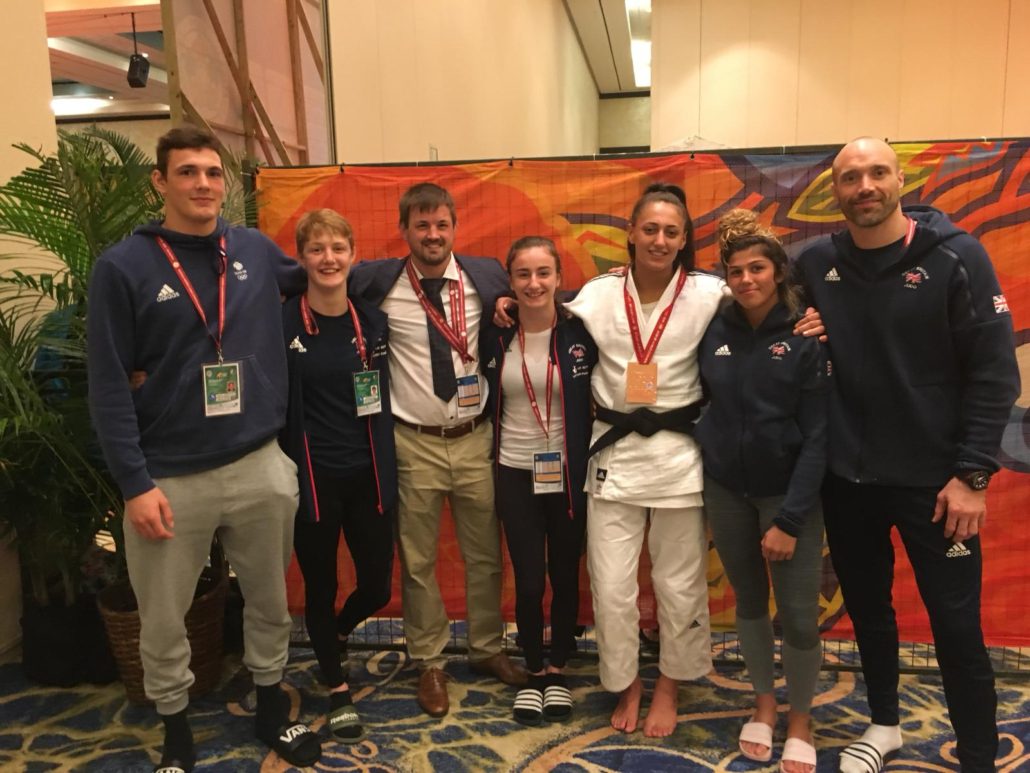 “I’m immensely proud of Shelley.  She has made fantastic progress this year, due to her diligence and dedication, culminating in a brilliant performance today.

“What makes it even sweeter is she’s a lovely person who absolutely deserves her success.”

This result also means that GB Judo have now medalled at four consecutive Junior World Championships and with senior world ranking points available at this event, Ludford should move well inside the World Top 100 at -78kg.

The contest went to golden score with the British judoka getting a third shido for a false attack.

Graeme Maclachlan Tops Glasgow European Open Refereeing Charts Scroll to top
Select the fields to be shown. Others will be hidden. Drag and drop to rearrange the order.
Click outside to hide the compare bar
Compare