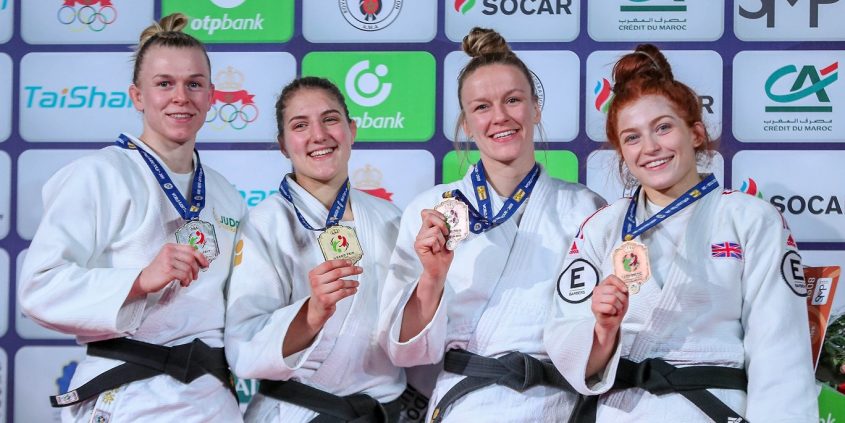 Lubjana Piovesana claimed Britain’s first medal on the mat in Morocco at the Marrakech Grand Prix with an excellent display on the mat to push her further up the rankings in the -63kg division.

Piovesana registered waza-ari-awasete-ippon to take home her first Grand Prix medal of 2019, and fourth of her career.

Germany’s Vivian Herrmann stood in her way of Britain’s first spot on the podium at the competition, but the young Brit demonstrated a calmness under pressure with two well timed-attacks which were unlucky not to classified as ippon. Two of her favoured drop-knee-seoi-nages proved to be the difference on the day with a delighted Piovesana fist pumping the air in celebration.

Piovesana once again demonstrated her raw strength with a number of confident throws throughout the day, but also grinding through some tricky opponent before coming unstuck against rival Andreja Leski (SLO) in the Semi Finals.

She started the day in fine form as she brushed aside Stefania Adelina Dobre in the opening round. A drop knee seoi-nage was perfectly timed by the young Brit to open her account for the day with an ippon on the scoreboard.

Nadja Bazynski awaited Piovesana in the Second Round with the German looking claim a first win over her since the Glasgow European Open back in 2016. Bazynski never really got going in the contest under growing pressure from her opponent and picked up three shidos for non-combativity, the third of which, came in Golden Score.

Her third-round contest would prove to follow a similar pattern against France’s Manon Deketer. It was a close contest on paper with the two judoka picking up two shidos each as the contest wore on but Deketer would eventually pick up the third vital shido and send Piovesana through to the semi-finals where she would come up against long-term rival Leski from Slovenia.

Piovesana had not won in her three previous contests against Leski and the semi-final contest would follow a similar pattern. It was a mammoth contest though with Piovesana pushing the World No.6 and eventual Gold medallist all the way through seven gruelling contest minutes before picking up a third shido and dropping her into the Bronze Medal contest.

Earlier in the day, Stuart McWatt and Amy Livesey both exited the competition at the second round stage of the -81kg and-63kg competition respectively.

Eric Ham (-73kg) managed to go one round further as he exited the competition in Round 3. Having received a bye in the opening round, he comfortably defeated Morocco’s Safouana Boutit before coming unstuck against Georgia’s Phridon Gigani. 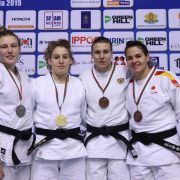 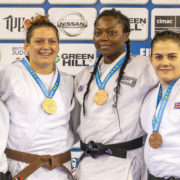 Join us on Friday night at the EIS for a Masterclass with Dr Yoko Tanabe 7th... Scroll to top
Select the fields to be shown. Others will be hidden. Drag and drop to rearrange the order.
Click outside to hide the compare bar
Compare
Wishlist 0
Open wishlist page Continue shopping