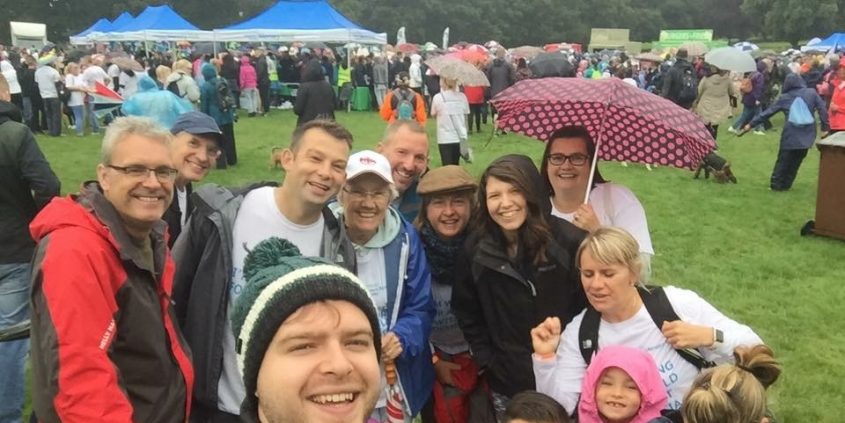 On a wet and windy day 13 club members, family and friends braved the elements to support a cause which is very close to their hearts.

Two of the club’s longest standing members Mary (who also founded the club) and Ray Hawkins are currently suffering from the devastating disease and while money raised for the cause will most likely not be able to help them in the long run it will support research into Alzheimer’s including cure and prevention.

Jane Trueman said: “We know the judo community will know the club and more importantly will know Ray.  Any money we can raise for this charity would be so much appreciated.  Unfortunately this money will probably not be able to help Ray and Mary now, but the money raised will help investigation into the disease and the look for a cure and will hopefully prevent other families from having to go through what we have over the past years.”

The club have setup a Justgiving page under Jane Trueman and would appreciate any support from the judo community, big or small: https://www.justgiving.com/fundraising/Jane-Trueman

Henshaws Specialist College students gain red belts in Judo Scroll to top
Select the fields to be shown. Others will be hidden. Drag and drop to rearrange the order.
Click outside to hide the compare bar
Compare