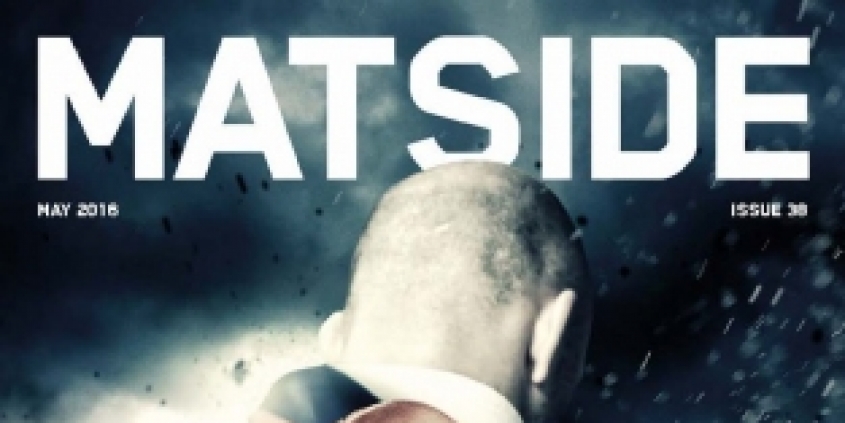 Matside Magazine Issue 38 is now available exclusively on the Matside magazine app. This issue focuses on the ParalympicsGB judo team heading to the Rio 2016 Paralympic Games and includes all the usual features including technique guides, club focus, the Jimmy the Judo Lion cartoon and columns from Euan Burton and Kate Howey.

Find out who the biggest joker is in the VI team, what makes the Paralympians tick and more in our cover feature. The spotlight is turned on Grimsby Judo Club in our club focus, where we hear from club coach, Terry Alltoft, 6th Dan on what makes the club what it is.

We also profile VI Physio, John Prescott and find out about how he got into the role, the camaraderie in the team and John’s chocolate eating habits!

In the technique guide you can see step by step instruction for some ne-waza variations, covering a hold down, a turn over and a strangle.

Relive the classic match in this issue, Ben Quilter talks us through his memorable victory against Hirai Takaaki in the -60kg bronze medal contest at the London 2012 Paralympic Games.

Consultant Editor, Euan Burton, gives his views on the VI squad ahead of the Rio 2016 Paralympic Games and on the British Judo Trademarks which are covered in detail in an interview with British Judo Performance Director, Nigel Donohue.

The magazine is free to access for all current British Judo members. Click here to find out how to access the magazine using your membership number >>>

Ryan Wilkinson appointed to British Judo Association Board of Directors Scroll to top
Select the fields to be shown. Others will be hidden. Drag and drop to rearrange the order.
Click outside to hide the compare bar
Compare