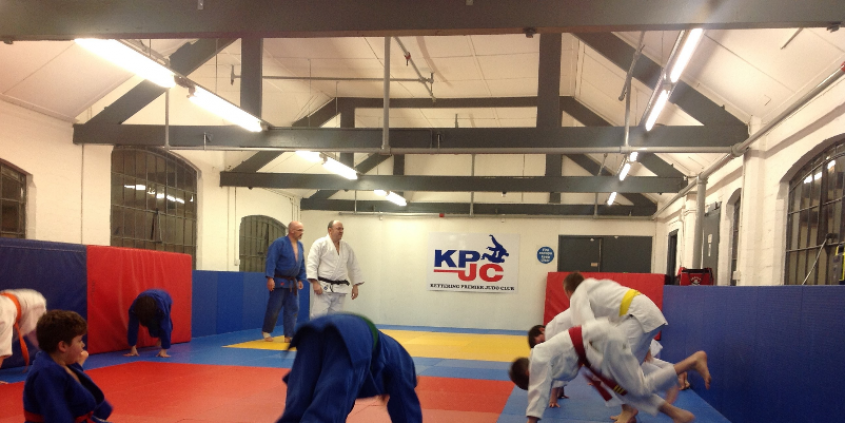 Saturday 4 February will be a red letter day in the long history of Kettering Premier Judo Club as it will mark the opening of their newest home, which gives the club a permanent mat space again for the first time since the early 90’s.

In early 2016 the club received news that their home in the William Knibb Centre Kettering was being converted to offices. This started a search for alternative venues, which threw up a number of possibilities. In November the club was offered the 3rd floor of a building very close to their existing venue and decided to make the short move to EA Tailby Ltd on Bath Road, Kettering.

Though smaller in size than their old home, the permanent mat space will allow the club to grow in the coming years, giving it the opportunity to tailor its already extensive session structure to meet the needs of local judoka of all ages and standards.

On February 4, to mark the opening of the new facility, double Olympian and Commonwealth Champion Ashley McKenzie will attend the club to hold a series of masterclasses for club members old and new, as well as others from clubs in the area. Starting at 1.00pm with a Junior Red belt session, progressing through an Advanced Junior session at 2.15pm to a Senor session at 3.30pm, places are available to members of other local judo clubs for this but they must be booked prior to attending.

The uncertainty over the club’s home meant the excellent marketing of the club has taken a backseat over the past year, meaning a fall in membership. So to grow the club, they will be holding Schools taster days in the week following the opening with the assistance of the local School Sport Partnership and School Games Organiser. There will also be a holiday coaching day for beginners during the February school holiday supported by Kettering Borough Council.

Or look at their Facebook page – Kettering Premier Judo Club

John Pluckrose Obituary GB squad announced for Paris Grand Slam Scroll to top
Select the fields to be shown. Others will be hidden. Drag and drop to rearrange the order.
Click outside to hide the compare bar
Compare