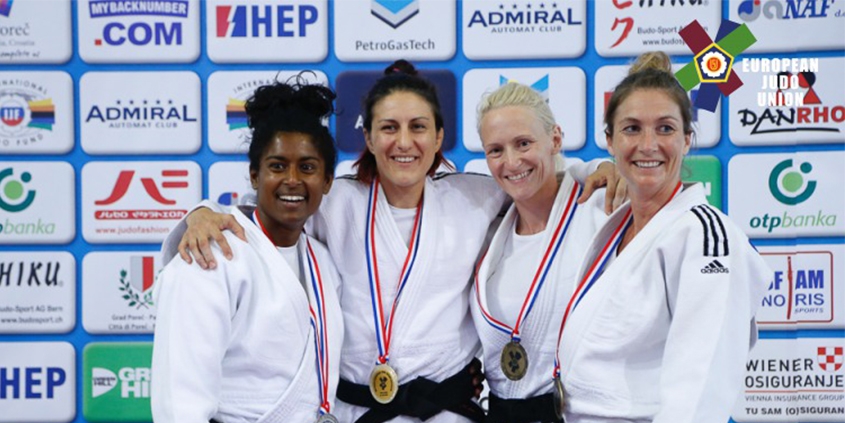 Double Olympian Sophie Cox picked up gold in the F2 -57kg category on Saturday 25 June as she won each of her contests by ippon while on the same day Kay Andrews also topped the podium in the F6 -78kg category.

On the first day on the Championships on Thursday 23 June Terence Watt picked up gold with another clean sweep of ippon wins. He was joined on the podium that day by Danny Bidgood (M9 -73kg) who picked up silver and bronze medals for Stan Cantrill (M9 -73kg), Craig Curtis (M5 +100kg) and Kenneth Jones (M8 -73kg).

Kyle Perry (M1 -66kg) completed the British medal haul as he picked up silver on the final day of individual competition.

Full results and photos can be found on eju.net

Colin Oates on his journey to Rio 2016 Scroll to top
Select the fields to be shown. Others will be hidden. Drag and drop to rearrange the order.
Click outside to hide the compare bar
Compare