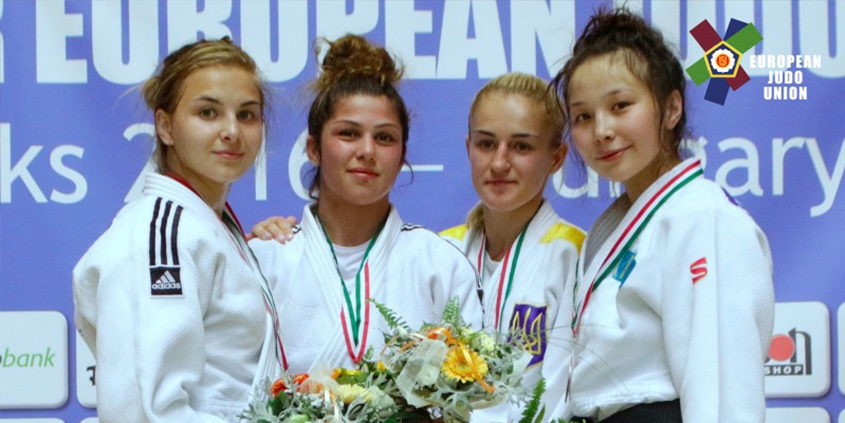 British Judo juniors had another successful weekend this time at the 2016 Atomic Cup Junior European Cup in Paks, Hungary on Saturday 9 and Sunday 10 July.

In another strong field British judoka topped the podium three times with Chelsie Giles (-52kg), Acelya Toprak (-57kg) and Lubjana Piovesana (-63kg) all adding to their medal tallies for the year. There were also strong fifth place finishes for Neil MacDonald (-60kg) and Rhys Thompson (-100kg).

On Saturday 9 Giles continued a strong start to 2016 starting with an ippon win over Anamaria Ionita (ROU) before a couple of close wins by shido over Kamshat Karassaikzy (KAZ) and Alexandra Maroti (ITA).

In the semi-final a single yuko proved the difference against Tihea Topolovec (CRO) before another close win against Russia’s Tatiana Plotnikova secured her place on the top of the medal rostrum.

Acelya Toprak had already won a couple of bronze medals this year and she was in impressive form as she won her first Junior European Cup gold medal. Toprak started her day with two wins by ippon over Izabela Hristova (BUL) and Catrin Schopper (GER) followed by a win at the quarter-final stage over fellow GB judoka Jodie Caller on shidos.

Another close contest this time against Kaja Kajzer (SLO) saw her secure her place in the final where she once again won by ippon over Kristina Shilova (RUS) with just three seconds left on the clock.

On Sunday Lubjana Piovesana added a third gold medal to her 2016 collection with another day of strong judo. Wins by ippon over Aigul Bagaudinova (RUS) and Ivana Sunjevic (MNE) alongside a close contest with Marta Palombini (ITA) saw her into the semi-finals where she proved too good for Denmark’s Laerke Olsen again winning by ippon before a solid performance against Thea Gercken (GER) closed out the day in impressive fashion. 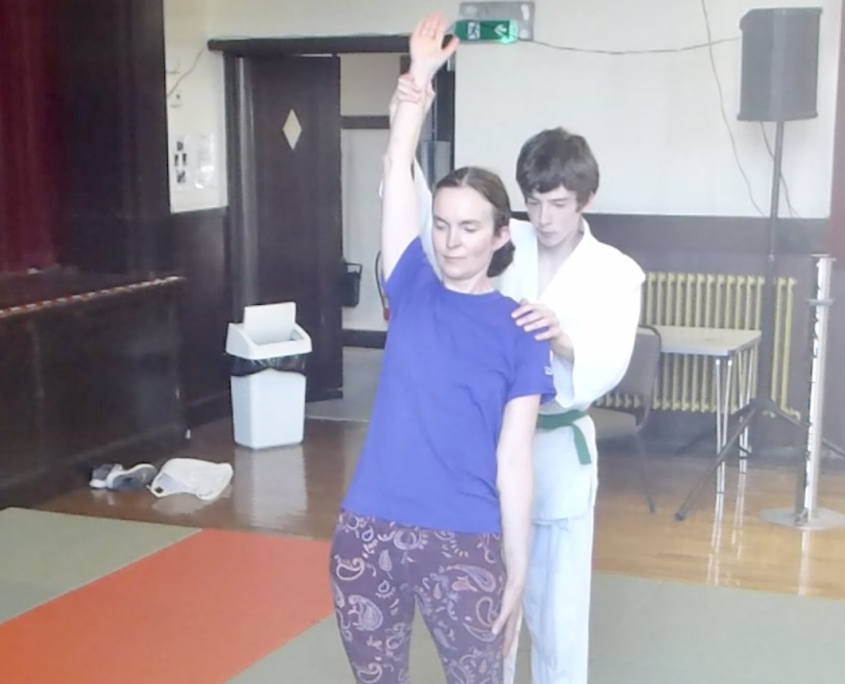 Dozen aiming for medals in Paks

Dan Grade Promotions – June 2016 Scroll to top
Select the fields to be shown. Others will be hidden. Drag and drop to rearrange the order.
Click outside to hide the compare bar
Compare
Wishlist 0
Open wishlist page Continue shopping