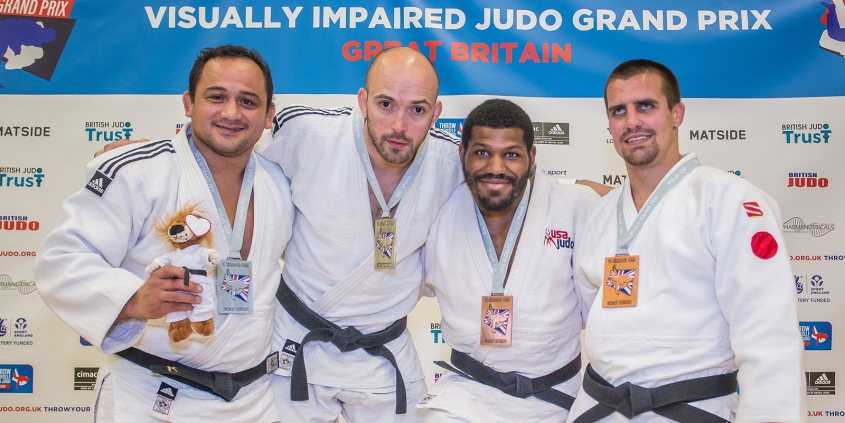 Ingram started the day with a victory over Tony Walby (CAN), who he threw for ippon in just 22 seconds. Moving into the semi-final, Ingram faced Anatolii Shevchenko (RUS), after a battle lasting over two minutes, Ingram to the contest to the ground and secured the arm-lock, forcing the Russian judoka to tap out.

In the final, Ingram was to face Jorge Lencina (ARG), but the Argentinian was forced to retire from the competition through injury, leaving the gold medal for Ingram to collect.

Ingram said: “It’s always a pleasure to compete in front of a home crowd and so close to the Centre of Excellence as well, its a place I know well.

“It’s good to see the other guys [I might come up against at the games] and in the same respect its good for them to see me, and see that I’m on good form, it puts thoughts in peoples mind that ‘he’s looking sharp for the games’. I do a lot of research on the players and everything was kind of how I imagined it would be which is great because it goes to show that the work I’ve done has been beneficial.” 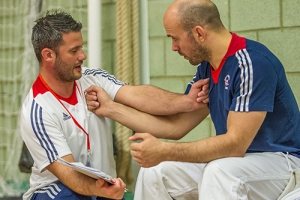 In the +100kg category, Jack Hodgson fought both Wilians Araujo (BRA) and William Montero Lopez (VEN). Coming up against world number one, Araujo, Hodgson got caught out attacking and was held down for ippon. Wanting to make an impression after his earlier defeat, Hodgson threw Montero Lopez for ippon in just six seconds claiming the silver medal.

Hodgson said: “The second fight felt a lot better than the first one, he went in and I caught him off balance, I had a go and scored. I was gutted with the first fight, I tried something I’ve been working on in training but I didn’t quite go in with the speed and power I needed.

“My training will be focused on my own judo and I’m going to keep working on that in the lead up to Rio.”

Chris Skelley was in good form in his early contest against Brazilian, Antonio Tenorio Silva, throwing for yuko early on and seeing out the fight to progress to the next round. Abdula Kuramagomedov was his next opponent, but Skelley was unable to overcome the Russian judoka who threw the British judoka for ippon. This saw Skelley into the bronze medal contest against London 2012 silver medallist, Myles Porter (USA). With the home crowd behind him, Skelley took the contest by ippon with a strangle forcing Porter to tap out.

Skelley said: “It’s good but obviously I wanted the gold medal today. I made a mistake in the semi-final and the Russian was very good anyway, so it’s back to the hard work to try and catch the Russian and Korean in the final.

“Every time we came out it was a massive cheer and it got you up, especially for the bronze final, I needed that, they were fantastic. It was great to know that I can cope with the pressure at home, because this was great pressure to fight at home, and know that I can do that at the Paralympic games.”

Jodie Myers (+78kg), Jemima Yeats-Brown (-70kg) and Gary Hall (-90kg) were all on the podium with bronze medals today at the Madrid European Open.

Philip Awiti-Alcaraz (-100kg) and Max Stewart (-90kg) were also both in action in the final block, missing out on medals and settling for 5th places.

Shin Gi Tai wins London Legacy 2012 Award at Sport Hampshire and IOW Awards Scroll to top
Select the fields to be shown. Others will be hidden. Drag and drop to rearrange the order.
Click outside to hide the compare bar
Compare