The Bromley judoka will be looking to make the step up in class at her first senior world ranking event in Glasgow. The 2015 British Judo Female Cadet Player of the Year has medal at both Junior and Cadet European level in the last few years

Morand is the only Mauritius judoka entered into Glasgow and goes in as fourth seed. Morand is a two-time African Open medallist and as a Junior she medalled at a number of European Cups including golds at Tartu, Prague and Coimbra. 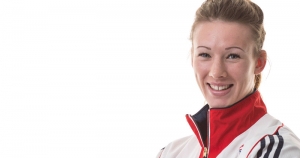 Edwards had to give up her hopes of qualifying for the 2016 Rio Olympic Games due to concussion however she has returned with bronze medals at the Saarbrucken European Cup and Tallinn European Open. She has good history in Glasgow, winning silver at the Commonwealth Games two years ago.

Top seed in the -52kg category, the Polish judoka is a former two-time Junior European Championships bronze medallist and had a successful career at Junior level. She won her first Grand Prix medal earlier this year in Budapest.

The Glaswegian judoka will step on the mat as a Junior European Championships medallist after his recent efforts in Malaga. A two-time Cadet European medallist, MacDonald also competed in Glasgow last year losing a close fight to eventual champion Jeroen Mooren.

Dutch judoka beat GB’s Neil MacDonald in Malaga and he will be hoping to bring that form to the mat in Glasgow. He was also a bronze medallist at the European Under-23s in Bratislava last year and the Cadet World Championships in 2013.

The 2016 Glasgow European Judo Open on 15th October 2016 at the Emirates Arena, Glasgow will be the British public’s first chance to watch some international judo after the Rio 2016 Olympic Games.

Don’t miss your chance to watch some exciting judo action. Tickets for adults (£5) and children ( are still available.

Annual Awards Tickets On Sale! Scroll to top
Select the fields to be shown. Others will be hidden. Drag and drop to rearrange the order.
Click outside to hide the compare bar
Compare