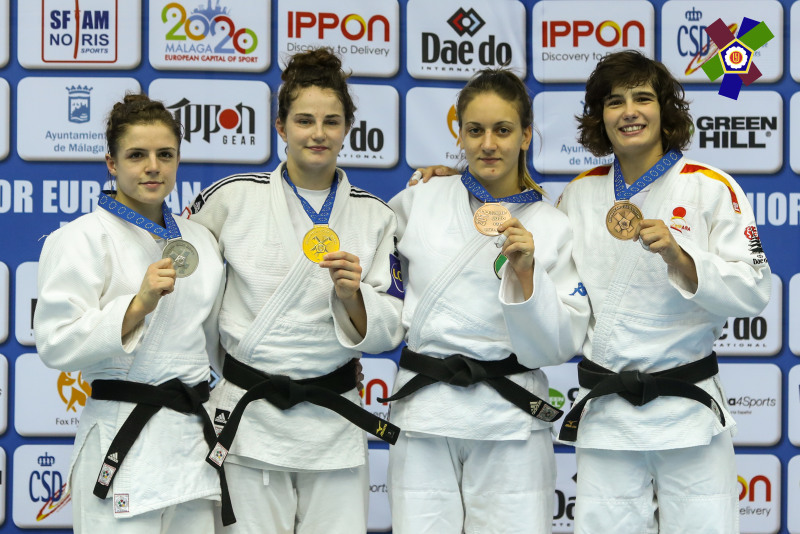 Malin Wilson won her second Senior European Cup medal of 2018 as she won silver in Malaga on Saturday 20 October.

The -57kg judoka won gold in Bratislava last month and has been a in good vein of form, including a fifth at the Glasgow European Open two weeks earlier.

After getting a bye into the second round Wilson’s newaza came to the fore against France’s Meriem Medjouri as she applied shime-waza, forcing her opponent to tap.

A combination of tachiwaza and newaza helped her get in the win in the quarter-finals against Shaked Amihai (ISR). Wilson threw the Israeli for waza-ari and showed good determination on the ground to secure osaekomi.

Over 130 world ranking places separated Wilson from her next opponent, WRL 34 Jaione Equisoain (ESP) in the semi-final.

The British fighter belied the difference in ranking as she took an early lead, throwing Equisoain for waza-ari with strong drop attack.

Once again, the Edinburgh judoka finished the contest in newaza, forcing the Spanish fighter to tap as Wilson applied pressure in osaekomi.

France’s Gaetane Deberdt was next up in the final and the French judoka won a hard fought contest with a waza-ari score proving decisive.

There was also a fifth place finish for Eric Ham (-73kg) and seventh places for Emma Reid (-78kg) and Jama Petgrave (-90kg).

“Lucky Thirteen” Medals for GB’s Veterans at the World Ch... Scroll to top
Select the fields to be shown. Others will be hidden. Drag and drop to rearrange the order.
Click outside to hide the compare bar
Compare