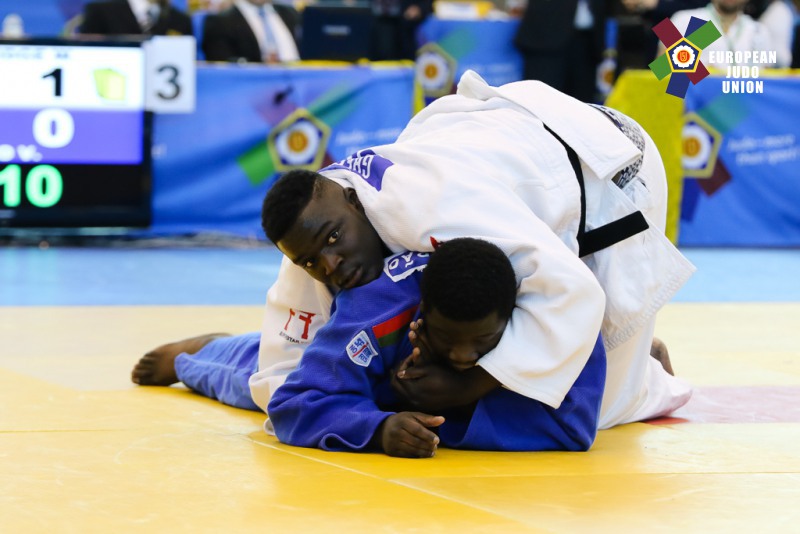 An 17/18 strong British squad will take to the mat in Portugal at the first Junior European Cup of 2017. Last year British judoka came home with nine medals from Coimbra however it will be a young team taking to the mat this weekend.

Daniel Powell (-73kg) and Wesley Greenidge (+100kg) are the only returning medallists from last year and the likes of Powell and Eric Ham are the most experienced members of the team going out to Portugal. Ham (-73kg) has made a good start to the year with solid performances at the Rome and Katowice European Opens including a seventh place finish at the former.

Meanwhile in Morocco, seven British judoka will take to the tatami in the second African Open of the year. Gregg Varey (-66kg) goes in off the back of some good form shown at the Katowice European Open at the start of the month where he finished fifth.

David Ferguson (-60kg) goes into African Open having medalled at the Taipei Asian Open last year and he’s in a strong field with two top twenty judoka in France’s Vincent Limare and Walide Khyar both entered.

Alex Paske (-73kg), Adam Hoshal (-81kg) and Reece Calder (-90kg) are all making their senior Continental Open debuts this weekend while Malin Wilson (-57kg) will be hoping to improve on her seventh place at last year’s Glasgow European Open.

Competition starts at 1000 local and UK time on both days with the draw taking place at 1900 on Friday evening. The full draw will go on ippon.org afterwards.

Performance Director Blog: Positive Judo and Player Development Scroll to top
Select the fields to be shown. Others will be hidden. Drag and drop to rearrange the order.
Click outside to hide the compare bar
Compare