The Polish capital of Warsaw will play host to the best judoka in the continent for the 2017 European Judo Championships.

Starting on Thursday 20 April and finishing with the team competition on Sunday 23, this is the first opportunity for European judoka to fight for major championships medals since the Rio Olympic Games last summer.

An exciting GB team will be in action across the three days of individual competition with a mix of experienced competitors and debutants. Late withdrawals for Nekoda Davis and Neil MacDonald means that nine of the original 11 judoka selected will be fighting this week.

Three of the team in Ashley McKenzie (‘13), Alice Schlesinger (‘08, ‘09, ‘12) and Natalie Powell (‘16) have experienced medal success at this level and they will be hoping to add to their collection in Warsaw.

The rest of the team sees an even split between more experienced fighters and those making their senior Europeans debuts.

Kelly Edwards last fought at a European Championships in 2015 in Baku and she will be hoping to lay down a marker in Poland. The Telford judoka enjoyed a strong end to 2016 including maiden Grand Prix and Grand Slam medals in Zagreb and Abu Dhabi.

She will be joined at -52kg by debutant Chelsie Giles. The 20 year old is the youngest member of the GB team and goes in off the back of a bronze medal at the St Petersburg Junior European Cup at the weekend.

The -52kg field is as strong as ever with Rio Olympic gold and silver medallists Majlinda Kelmendi (KOS) and Odette Giuffrida (ITA) entered as well as four other members of the world’s top ten. 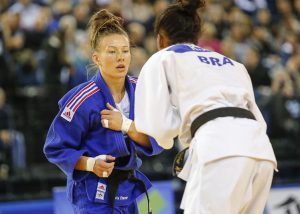 Bekky Livesey will also be making her senior European Championship debut in Poland and is the sole GB judoka fighting at -57kg after Davis’s withdrawal due to injury. The SKK Judo Club product recently returned from knee surgery to win her second Grand Prix medal with bronze in Antalya earlier this month.

The -57kg entry is missing some of the big names from the previous two cycles but still boasts some world-class judoka including France’s Helene Receveaux and Nora Gjakova (KOS) while Germany’s Theresa Stoll will be another to keep an eye out for.

Ashley McKenzie will be the most experienced British judoka in action on Thursday and he goes in as one of the top seeds. The two-time Olympian showed some of his best judo in coming fifth at the Dusseldorf Grand Prix in February and he will want to add to his European bronze from 2013.

The -60kg field is still top-class despite missing a few names due to injury. Orkhan Safarov (AZE) and Amiran Papinashvili (GEO) are the standout judoka as current World No.1 and No.3 respectively. However Turkish duo Bekir Ozlu and Ahmet Sahin Kaba will be also dangerous prospects for the rest of the field. 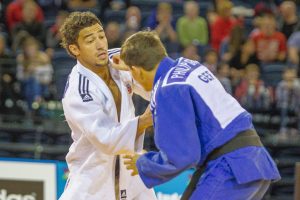 Alice Schlesinger enjoyed a successful return to the mat in 2017 when she won gold at the Baku Grand Slam for the second year in a row. Schlesinger had missed out on the Paris Grand Slam and Dusseldorf Grand Prix due to illness and injury but looked sharp in Azerbaijan.

Schlesinger last medalled at a European Championship in 2012 when she fought for Israel and will be a dangerous opponent for anyone on her day. 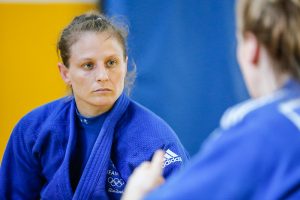 She will be joined at -63kg by 2015 Under-23 European champion Amy Livesey, making her second appearance at this level after her debut last year. The St Helens judoka won her first Grand Prix medal last year in Budapest and just missed out on adding to that tally in Antalya earlier this month.

-63kg category is one of the strongest in this year’s Championship with six of the world top ten and eleven of the world top 20 entered. Rio Olympic gold and silver medallists Tina Trstenjak (SLO) and Clarisse Agbegnenou (FRA) will continue their rivalry while Andreja Leski (SLO) and Magdalena Krssakova (AUT) are among those looking to break their hold on the top two spots.

The Welsh fighter has made a solid return to competition this year with seventh at the Paris Grand Slam and fifth in Dusseldorf. The -78kg field is headed by Dutch judoka Guusje Steenhuis while France’s Audrey Tcheumeo will be looking to defend her European title. 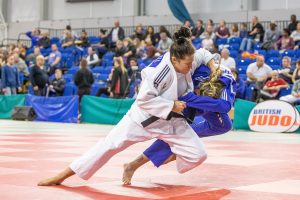 Max Stewart has made a successful transition up to -90kg since returning from knee surgery last year. In less than a year at the weight the Birmingham judoka has already risen inside the world top 20 and will aiming to making his ranking count in Poland.

France’s Axel Clerget goes in as top seed but the big throwing Georgian Beka Gviniashvili will be a crowd favourite too in another strong field. 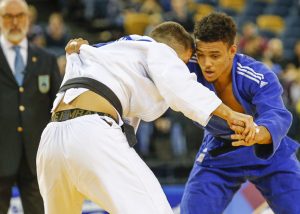 Team Bath judoka Ben Fletcher finished seventh at least year’s European Championships including a win over former world champion Elkhan Mammadov (AZE). Fletcher showed his quality earlier this year with a hard-earned fifth at the Dusseldorf Grand Prix and while he starts outside the top seeds he will be a tough match-up in the early rounds.

Competition starts at 1000 UK time on Thursday and Friday and 1100 on Saturday. Final block starts at 1500 UK time on each day. You can watch it all live via eju.net and follow @BritishJudo on Twitter for live updates throughout the competition.

Seventh on Europeans debut for Bekky Livesey Scroll to top
Select the fields to be shown. Others will be hidden. Drag and drop to rearrange the order.
Click outside to hide the compare bar
Compare