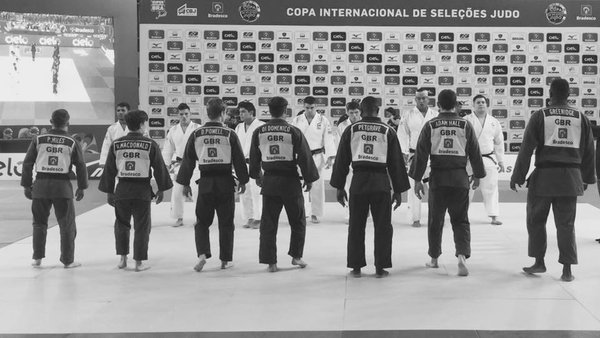 Great Britain will once again go for gold at the Super Challenge Brazil – International Cup of Selections in Bahia on Thursday 15 June.

The British team will be one of eight nations stepping on the mat at the CBJ Training Center with Brazil, Russia, France, the Netherlands, Italy, Germany and Portugal also entered. This is the third edition of the competition with Japan coming out on top in 2016 while hosts Brazil took home gold in February.

They will be joined by 2016 Men’s Junior Player of the Year Rhys Thompson (-100kg) and RAF judoka Andrew Melbourne (+100kg) with Del Imrie (-90kg) a late withdrawal. As a result, Lovell-Hewitt or Hayes will step up to fight at -90kg.

“This is a great opportunity for a number of our British judoka to experience high quality international competition. We sent a young team to the inaugural event last year and a number of them have gone on to pick up impressive results on the Junior and Senior international circuit. We view it as a good development opportunity for the players and young coaches such as Michael Horley, not only in competition but also at the training camp that follows.”

GB Judo Preview: 2017 Veteran European Judo Championships Scroll to top
Select the fields to be shown. Others will be hidden. Drag and drop to rearrange the order.
Click outside to hide the compare bar
Compare