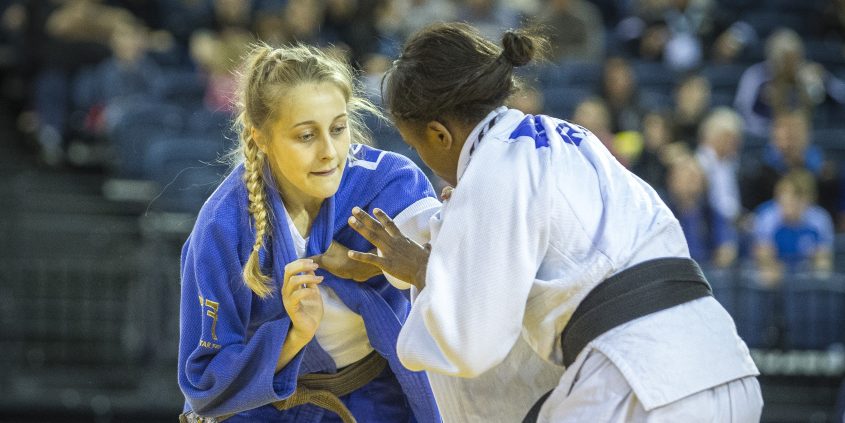 A six-strong junior squad will take the mat this weekend in Kaunas, Lithuania, following a break in senior competition for the GB Judo WCPP programme.

The youngsters will be hoping to put in a strong performance in their first competition for several weeks. The squad consisting of Henry Wakes (-60kg), Alexander Short (-66kg), Joshua Awiti-Alcaraz (-73kg), Del Imrie (-90kg), Caitlin Calder (-100kg) and Olivia Piechota (-48kg) are preparing for the Junior World Championships later this Summer so medalling in Lithuania will mark the perfect start to their preparations.

Piechota, the European ranked No.54, is the only member of the squad to medal at European competition with a gold medal at Cadet level back in June 2015 at the European Cup in Bielsko Biala (POL).  She recently performed admirably at the Lignano Junior European Cup in Italy where she reached quarter final only to come up against eventual champion Laura Martinez Abelenda (ESP).

Wakes, Imrie, Calder and Piechota all won Gold at the British Championships back in December and are looking to progress their national success onto the European circuit. It won’t be an easy task however with 351 athletes registered for the competition across the two days.

Imrie won bronze in the Asian Open in Taipei back in September to add to the British Championship medal he collected.

Calder is making his first appearance of the season with his last competitive contest coming back at the Glasgow European Open in October where he finished a respectable seventh place in senior competition.

You can follow their journey through the tournament on our social media channels and at https://www.judobase.org

Statement: Security Update Scroll to top
Select the fields to be shown. Others will be hidden. Drag and drop to rearrange the order.
Click outside to hide the compare bar
Compare